Credit: The Story of Stuff

Credit: The Story of Stuff

The Story of Stuff

This free 20-minute video narrated by activist Annie Leonard is a grand tour of the life cycle of current artifacts. She probes the historical roots of planned and perceived obsolescence, prompting viewers to question rampant consumption of the raw materials that constitute our gadgets and gizmos. Along the way, she parses the parts of that cycle -- extraction, production, distribution, consumption, and disposal -- and its costs and makes a plea for a more sustainable consumer lifestyle. Related resources are available at storyofstuff.com.

Shop Class as Soulcraft: An Inquiry into the Value of Work

Philosopher/mechanic Matthew B. Crawford's memoir warns of education that forsakes the ability to make and repair the machines in our lives. He writes, for example, about a friend's collections of shop tools, all bought on eBay from schools that have given up industrial-arts classes in pursuit of training knowledge workers. His argument: The ability to make our way in an increasingly virtual world is a new requirement, certainly. But to be able to work with one's hands in the real world imparts independence (and independent thinking), which in turn fosters true freedom. ($26) penguin.com

The National PTA's print and online magazine for parents, published several times a year, focuses on child advocacy, news and information related to children, and PTA programs and campaigns. A recent issue dealt entirely with gender issues, and another covered teacher-parent communication, legal counsel for young offenders, and dealing with sleep, allergy, and asthma problems. The online version has also begun publishing Spanish-language 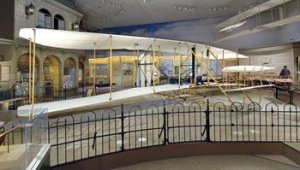 Affectionately known as the Nation's Attic, the Smithsonian Institute has several online storerooms, too: free mini sites for teachers, students, and families. The Educators section features lesson plans and educational resources, the latter of which can be searched by alignment with state standards, and the site hosts virtual conferences on themes such as climate change. The Students area includes IdeaLabs, annotated slide shows on topics such as walking on the moon and rationing during World War II. A general-interest mini site for families is accessible, too.

Documentarian Davis Guggenheim (An Inconvenient Truth) focuses his lens on why the most prosperous nation has such a mediocre public education system. He faults bureaucracy and unions alike and spotlights the promise of charter schools, which leave out so many kids. But he also hails visionaries like Harlem Children's Zone's Geoffrey Canada; District of Columbia public schools Chancellor Michelle Rhee; and Bill Strickland, founder of Pittsburgh's Manchester Craftsmen's Guild.

This no-frills online resource lists education Web sites to peruse and use to enrich your teaching. Directories in subjects from archaeology to world history describe and link to sites featuring resource guides and lesson plans, plus experiments, activities, and games, not to mention more lists. On the parent Web site, search for "Teachers Useful Resources" for a link to this and other directories. 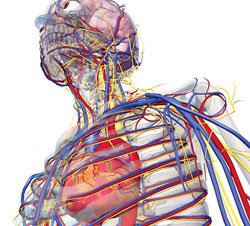 This free California School Library Association program off ers a self-paced guide to becoming a tech-savvy teacher. Participants create their own blog, get to know Flickr and YouTube, learn about tagging and RSS feeds, explore wikis and podcasting, and more. As with any self-directed activity, your experience is only as good as you make it, but this well-organized, easygoing tutorial will help even the most technophobic teacher feel at home on the Web. (Academic credit is available.)

This Web-based, three-dimensional model of human anatomy lets students explore all the body's organs and systems. After downloading plug-ins, download the model and click a button to add anatomical systems to the view. You can hide, rotate, label, and see through various body parts, move the model with a mouse or a virtual joystick, and zoom in and out. ($36 per year) 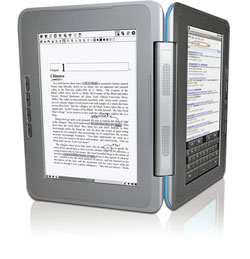 Class, open your text to the next chapter in e-book readers, enTourage Systems's eDGe. The dual screens, each measuring 10 inches diagonally, are hinged like a book: a reading screen on the left and a netbook (or miniature laptop) with a liquid-crystal display on the right. The netbook component has Internet access, a virtual keyboard, an audio recorder, and a video camera (that can be swiveled underneath the text-screen panel). The e-reader's future? It's an open book. ($490)