Two weekends ago, I attended EdCamp NYC at The School at Columbia, an independent school on Manhattan's Upper West Side. One of the things I love about attending edcamps is that the day is always unpredictable because you don't know what will be discussed or who will be leading conversations until that morning. What ensued was an inspiring day focused on tinkering, exploration and innovation.

A Day of Play and Exploration

The day began with a discussion led by Don Buckley, The School's Director of Technology and Innovation, focused on design thinking in schools. Buckley used projects completed at The School to illustrate the various stages of design thinking, which include defining a problem, researching and creating a solution and a prototype, and implementing the solution.

Following this, my colleagues and I ran a session entitled "Programming with Food," during which the four of us set up our new MakeyMakeys along with Play-Doh and various types of food ranging from tomatoes and grapes to potatoes and orange peels, to show how students can manipulate existing programs and websites using the MakeyMakey board and conductive materials -- or build their own to manipulate in Scratch. We spent an hour watching amazing videos of what others have created using the boards, practicing some programming in Scratch and then playing with the boards and the cornucopia of food one of my colleagues brought along.

The day ended with a session on 3D printing run by Don Buckley and Jaymes Dec. The most important takeaways from this session were that 3D design doesn't require a printer, that the design process is way more important than the printing, and that 3D printing is WAY harder than it looks (and WAY cool).

These are the essence of the many Makerspaces (also called Hackerspaces and similar to FabLabs) that have been popping up in cities across the country. These spaces are built by both young people and by adults, and more often than not, they provide a workspace playground for adults. Due to their success as an innovative approach to learning, many educators are trying to bring the concept into schools.

We are constantly bombarded with the idea that the U.S. is "behind" the rest of the world in STEM education, that our students need to be able to think critically, problem-solve and collaborate in order to succeed in the future they will inhabit. (Forget the fact that critical thinking, problem solving and collaboration are part of what schools should be designed to support in the first place.) Makerspaces provide creative time and, well, space for people of all ages to build prototypes, explore questions, fail and retry, bounce ideas off one another and build something together. These spaces don't always include technology, since some prototypes and designs can be built out of anything or may include various stages of design that move from analog to digital and back again, but many do include technology. In the 3D printing and design thinking session, I was lucky enough to see how students might create a 3D design using CAD software, only to discover that their scale was off or that their prototype just plain won't work.

So the big question is: how do we bring these kinds of workspaces into schools so that every child has access to a safe, creative space for exploration?

There are a few different kinds of attempts being made at various schools. Some are creating ad hoc spaces by transforming existing spaces into after-school makerspaces through the use of tubs and other storage containers. This way, materials can be stored away during the school day.

Other schools are integrating aspects of design thinking and playfulness into the curriculum, providing time during the day or during a unit for this kind of free exploration.

Some are bringing makerspaces inside the school walls by creating electives or other special classes dedicated to creative exploration.

Many schools and community groups have used grant money and/or community support to fund the technology, tools and materials used in their makerspaces. Often, local businesses and tech companies are more than happy to contribute to what they consider the engagement and training of future employees. 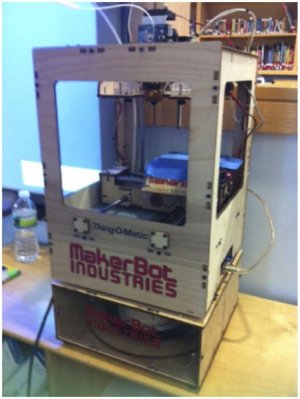 Here are a few resources to get you started: