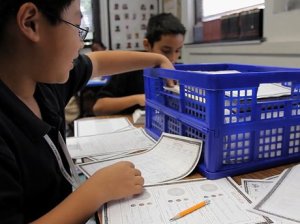 Historia was designed by classroom teachers for classroom teachers and will be developed in stages through a unique play-based partnership linking Histrionix, ASU's Center for Games & Impact, E Line Media and Upper One Games (the first indigenous gaming company). It will be playable on PC, Mac and interactive white boards.

We're excited about Historia coming to a classroom near you in the Fall of 2014. And we hope you're excited, too. Game on!

Historia Resources on the Web

For more information about Historia’s release, visit the game's website. And to learn more about our GBL school-building partner, visit Neighborhood Centers.