First graders in the after-school program at the Bronx's PS 90 spent part of last school year working collaboratively to create a comic book called The Bionic Butterfly. The title character, infected with pollutants, turned into a very strong, intelligent superhero butterfly with a mission to warn insects -- and humans -- about the dangers facing Earth's environment. 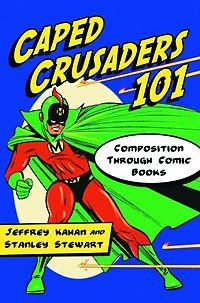 This year, groups of kindergartners, first graders, and fourth graders are writing and drawing comics on the topic of bullying. "The kids get to color and draw, which they love to do anyway," says Claudia Bostick, after-school coordinator at the school, whose program is funded by the After School Corporation and the Bronx's Citizens Advice Bureau. "We can sneak in other art lessons in that context. And for literacy, it's great. This encourages them to tell stories, to write stories, and to listen better."

The program receives some help. The Comic Book Project, hosted by Columbia University's Teachers College, supports the kids in their efforts. And according to Bostick, the project has increased the desire of her students at this low-performing school to learn reading.

But that's nothing new. Educators have used comic books to teach reading for decades, says Michael Bitz, founder and director of the Comic Book Project, which began in 2001 and this year is reaching 850 schools and 12,000 children across the United States. However, he says there is one major difference now: "What's new is the wider scale." More than 50,000 kids have been involved since the project's inception.

According to Bitz, the project and its peer programs "engage children on another level to create something that comes from them, reflects on literature, and reflects on characters and story lines." He adds that the rise of graphic novels, in particular the Pulitzer Prize-winning, Holocaust-themed Maus: A Survivor's Tale, by Art Spiegelman, has paved the way for wider acceptance of comic books as literature. "All of those graphic novels represent a real, viable component of literature."

The Comic Book Project consists primarily of a curriculum designed to put tools in educators' hands, although the project and its staff answer questions and provide support as needed. The project even publishes some of the children's finished products.

Bitz notes that the Comic Book Project, as its name implies, focuses on project learning. "Those kinds of collaborations have been fascinating," he says. "Schools will often partner a strong writer with a strong artist. Sometimes, the student collaborations have been larger, with teams of four or five kids. I encourage educators to find a role for every child in the project."

Bostick agrees and believes the project nature of the work provides the usual benefits gained from such an approach: deeper and more comprehensive learning, an appreciation of the collaborative process, and improved social skills. She says her students determine among themselves who should play what role in the project. "They decide Mike is going to draw the characters, and Tanya colors well, so she's going to do the coloring," she adds. "They work it out so there are individual jobs that come together for one purpose." That's not always easy, of course, especially with young children, but she adds, "It helps them listen better. It also helps them develop their own ideas."

The interplay among various children's ideas lends richness to a topic such as bullying, Bitz notes. "In the comic books, we see kids thinking much more critically about why bullying happens," he says. "They're really starting to delve into the issues, rather than creating your typical superhero-villain comic book."

At the School of Arts and Enterprise, a charter high school in Pomona, California, students learn a multitude of subjects through comic books (and other media). Teacher David Baldizon draws from the book Caped Crusaders 101: Composition Through Comic Books, which explores the literary features of comics and leads students from Batman to Hamlet and from Captain America to the Cold War.

"Students get the whole concept and read Hamlet more easily and with more excitement than they have before," Baldizon says. "It's really used to stimulate further knowledge and exploration in academics."

The School of Arts and Enterprise gives students the option to create comics in groups or go solo, Baldizon notes, but he believes those who work together gain additional benefits. "In order for an artist and a writer to get a good story going, they have to communicate. They have to shop their ideas to each other," he explains. "That's something we've seen grow out of this, a confidence in approaching and discussing ideas."

One group of female students already has been invited to have its work published, and many other students have attended comic book conventions in San Francisco, Los Angeles, and San Diego to promote their work, according to Baldizon. "The goal is for them to get excited and to learn outside as well as inside the classroom," he says.

Although comic books are usually tagged as that contraband students hide inside what they're supposed to be reading, educators are increasingly viewing them as vital tools in teaching literacy. In some cases, this approach dovetails with project learning.

For example, at the Newton D. Baker Elementary School of Arts, in Cleveland, sixth graders use the resources of the New York-based Comic Book Project to help them write and draw their own comic books under the joint tutelage of art instructor Sherri Pittard and reading teacher Gloria Doering.

"If there is something missing from the child's story that might round it out a little better, if the character is not as well developed as it could be, I ask, 'Have you thought about this?'" Doering says. She also works on other aspects of writing, such as point of view. "The point of view in their stories often jumps back and forth," she says. "You'll get waves of children who missed certain skills. As you're editing the work, you'll see what skills the students have not mastered yet."

Michael Bitz, founder and director of the Comic Book Project, notes, "Along the way, the teachers have been able to engage children in spelling, punctuation, and vocabulary. Because the kids are creating the comic books themselves, they're really invested in making them right. They want to spell words correctly. Creative projects can be a pathway to basic skills."

Well-known comic strip authors such as Jim Davis, creator of the Garfield comics, have recognized and harnessed the teaching potential of comics on their Web sites, says Claudia J. McVicker, a language and literacy professor at Southern Illinois University at Edwardsville. She believes the visual nature of comics can help teach children whose minds work in certain ways.

"Comprehension, for some children, means that they have to be able to visualize what they're reading, and using comic strips can habituate them, or get them to think about that," McVicker says. "Also, there's something everyone has to learn when they learn to read: to infer meaning from text. Inference is really hard to teach young children, because it's so abstract. Comics teach children to infer meaning from the visual first. Then they begin to realize that not everything you read is literal."

826 Valencia's writing-workshop program, located in downtown San Francisco, has students create comic books to teach everything from plot diagrams to economy of words to onomatopoeia, says instructor Jenny Traig. "What is the sound of slipping on a banana peel?" she asks. "We talk a lot about using really good, satisfying words."

Bill Zimmerman, creator of MakeBeliefsComix.com, which helps users make comic strips, says 200,000 visitors have used his site in more than 175 countries. He knows that people who teach English as a Second Language and who work with autistic children, among others, have found the site useful in their respective classrooms. "There's a broad trend in terms of user groups," he says. "I get email all the time from educators inside and outside the country who are using it." -- EF