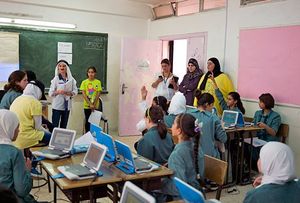 Editor’s Note: This post is inspired by one of the eight patterns appearing in educators' innovative approaches in the Future of Learning report, "Equipping Adults to be Changemakers in Learning," by Ashoka and the LEGO Foundation.