Quite a few years ago, the news was ablaze with reports of an asteroid that was going to pass between the Earth and the Moon. Although more precise calculations showed that the path was not going to be that close, the "near miss" was still the talk of the day in my ninth grade physical science class. It was a great day -- students were peppering me with questions about asteroids and the solar system. Eventually, one of my students asked about what a large asteroid impact would do to our Moon. I jokingly responded that instead of having on Full Moon, we would have two halves. Most of the students groaned, but I could tell that one of my brighter students was deep in thought. Eventually she asked, "But if the Moon was destroyed, how would we have nighttime?" Very quickly, she realized the flaw in her thinking and yelled out, "Just kidding!"

As the son of two teachers, I learned at an early age that humor -- or at least attempts at humor -- are a staple of good science teaching. In fact, for years my dad told this joke to his students, "How do you tell a boy chromosome from a girl chromosome?" (Answer: Pull down their genes).

What better way to celebrate the beginning of a new school year and the 20th anniversary of Edutopia than by sharing a list of 20 bad science jokes! 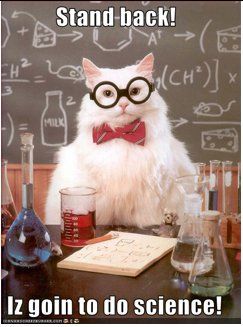 Teacher: Can you name the three kinds of blood vessels?
Student: Yes. Arteries, veins and caterpillars.

Teacher: What did you find interesting about an octopus?
Student: They have 8 testicles.

Teacher: What is the definition of hydrophobic?
Student: Fear of utility bills.

Q: What is the only known thing to travel faster than the speed of light?
A: A Chuck Norris roundhouse kick.

Q: What is the name of the first electricity detective?
A: Sherlock Ohms.

What are these? (Answers at the bottom.) 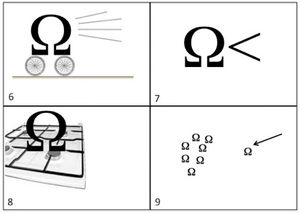 Q: Did you hear about the homeopath who forgot to take his medicine?
A: He died of an overdose.

Q: Why did Kepler get fired from his janitor position?
A: He only swept out the same area.

Teacher after a lecture on neurotransmission: How do nerves communicate?
Student: Cellular phones.

A neutron walked into a bar and asked, "How much for a drink?" The bartender replied, "For you, no charge."

Two atoms were walking down the hallway when one of them said, "I think I lost an electron!" "Really!" the other replied, "Are you sure?" "Yes, I'm absolutely positive."

Q: How did the English major define microtome on his biology exam?
A: An itsy bitsy book.

Q: How many Heisenbergs does it take to change a light bulg?
A: If you know the number, you don't know where the light bulb is.

Q: Why did Bill hate astronomy?
A: He thinks black holes suck.

Q: How is a black hole created?
A: Chuck Norris roundhouse kicks space.

Q: What weapon can you make from the chemicals Potassium, Nickel and Iron?
A: KNiFe.

At this point, you are probably wondering if I have any more jokes? Perhaps one about sodium? To that, I answer, "Na." I'm done.

However, I know every one of you has a collection of science jokes that make your students groan. Share yours in the comment section. Have a great year and remember: If you're not part of the solution, you're part of the precipitate!

What is with the cat picture? Lolcats are pictures of cats with funny captions. The captions are written in kitty pidgin. It is one of the top "memes" on the Internet. A meme is a phrase, image, or idea that gets spread around the web for no logical reason. See more science lolcats.