In 2012, journalist Andrea Elliott began to report on the life of Dasani Coates, a precocious 11-year-old Black girl living with her parents and seven siblings in a homeless shelter in New York City. Over the next eight years, Elliott, a Pulitzer Prize–winning staff writer at The New York Times, immersed herself in Dasani’s life, chronicling her academic and personal development as she navigated a series of school environments and escalating crises at home—reporting that culminated in a series of features for the Times and the 2021 book Invisible Child: Poverty, Survival, and Hope in an American City.

In telling Dasani’s story, the book—which was named a best book of the year by The Atlantic, The New York Times Book Review, NPR, and many others—depicts the inner workings of systems like homeless shelters and foster care with nuanced, heartbreaking intimacy. But the institution that the book features most prominently is K–12 education in America. In tracing Dasani’s trajectory, from an underfunded public school to the Milton Hershey School, a private school whose mission is to lift promising children out of poverty and tumultuous home lives, Invisible Child adds a unique and necessary voice to the conversation on the purposes, limits, and philosophy of education in America.

I recently spoke with Elliott about how public schools have been overextended, why kids like Dasani are encouraged to leave home, and what we can do to reimagine academic success in more equitable ways. Our conversation, which has been edited for length and clarity, is below.

Emily Kaplan: Education is a major theme in Invisible Child. Can you talk a bit about how you saw education working—and not working—in Dasani’s life?

Andrea Elliott: Well, I would start out by saying that more than anything, Invisible Child is a book about the role of the public school system in the lives of poor children. I thought I was writing about a homeless girl, and that school was one of the many facts of her life. I was humbled to see how little I actually knew about the tremendous role that schools play for kids like Dasani.

I witnessed so many acts of daily heroism. It was extraordinary to see how much all the adults were shouldering—teachers, administrators, guidance counselors, nurses, security guards, you name it—and how much work they had to do to get a child like Dasani in a space conducive to learning.

That’s what I think people don’t understand, and I think it’s one of my big takeaways from all my reporting: I now believe that public education in America is the greatest anti-poverty program that exists. That doesn’t mean that it’s getting the funding required to deliver the services that are needed in these kids’ lives. It’s trying to do the best it can, having been dealt a very unfair hand. 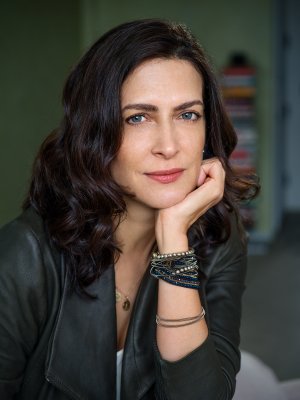 Kaplan: Can you explain that—how schools have been dealt an unfair hand?

Elliott: Before a school even gets to be a school, it has to do so many other things. It has to keep kids whole: It’s often the provider of surrogate parenting, of clothing, medical care, and food. All of those needs have to be met before a kid is able to absorb the learning that is happening in the classrooms. That was just mind-blowing to me. I just felt like, “Why isn’t everyone aware of how much these schools are trying to do?”

And by the way, it’s not necessarily fair that schools are burdened in this way. But in the absence of a stronger safety net, schools are filling in the gaps left by very flawed systems.

Kaplan: That comes through very strongly in the book, and it touches on what I think is the central tension of Dasani’s life. She’s pulled away from her family to pursue an education at a private academy—can she learn how to navigate a strange new life that is so fundamentally disconnected from her family, from where she grew up? How should we think about that?

Elliott: Let’s talk about the emphasis culturally that Americans place on departing, on leaving poor communities as the way out of poverty: You must cut ties, go to an Ivy League school, reinvent yourself—then you can belong to this other America. That’s another way of asking people to abandon the communities that they grew up in.

What about all the people they’re leaving behind, and why do we always celebrate the one kid who makes it out without acknowledging that there are so many others who don’t who are just as capable? Why is that the message?

My sense is that it’s the message because it’s easier to stomach; it lets everyone off the hook. To be saved, a kid only needs to be talented enough, have enough willpower, be morally acceptable enough—but it’s just not true.

Kaplan: Yeah. That’s really interesting. Do you think that also perpetuates the American obsession with the myth of meritocracy—the idea that people who achieve success have earned it (and the people who haven’t don’t deserve it)?

Elliott: Absolutely. I think it’s in line with the story we tell ourselves about America. Increasingly, it’s a story that is being reconsidered, but it’s still, I think, the dominant narrative that this is a country in which you can decide your own fate—and if you don’t succeed, it’s your fault.

When you look at a kid like Dasani and all of the challenges that she grew up facing, it’s impossible to imagine that theory holds. Some people do make it out, and those are stories to be celebrated, but I’m much more interested in what happens in the communities that are left behind and why so many other children with such great potential are not graduating into more fulfilling lives.

When you have a life of constantly not knowing what’s happening next, of being on high alert, you can’t possibly create space for the kind of discipline and repetition and focus that is required to succeed in colleges and high schools. Those are very, very predictable paths: You have to study, you have to do well on your exams, you have to complete your homework, you have to come to school well rested and well fed. None of those things happened consistently to Dasani until she went to Hershey; she was able to succeed there until things went very wrong at home. After that, it became a much more difficult challenge.

Kaplan: Can you talk some more about the tension between family and school for kids like Dasani?

Elliott: All too often, parents are seen as part of the problem and not part of the solution. For Dasani, there is no separating her own identity from her collective family identity. If given the choice between school and home, she will always choose home, because home is not just the source of love and belonging: It’s her survival system.

Kaplan: In Invisible Child, you write that at Hershey, Dasani’s teachers told her, “When you’re here, you have to be in a sense a different person.” Can you speak to the kind of code switching—linguistic, cultural, and otherwise—that Dasani was encouraged to learn?

Elliott: I found myself asking that same question over and over while I was reporting: Why does mainstream American society insist on a certain way of speaking as a prerequisite to arriving at a better life? It seems really limited and foolish.

Her teacher, one of the great heroines of this book, Faith Hester, talked in a really powerful way about how you don’t need to choose. You can say both “ain’t” and “isn’t” and stay whole as a person. You’re able to swim in different oceans, and that just makes you a more well-rounded person. And Ms. Hester was a living example of someone whose history and culture and family narrative was familiar to Dasani. That carried a lot of weight.

But to hear that message from well-intended White people at Hershey was complicated, because Dasani would find herself thinking, “How much does this White guy really know about the place I came from?”

Kaplan: In the book, you talk about well-known research on children who live in poverty and with trauma and uncertainty in their lives, and how those experiences impact the brain. How do you think about that in the context of Dasani’s life?

Elliott: I was very reluctant to try to apply some of the scientific research to Dasani because it felt like a clinical exercise—when this is a kid that I care deeply about. But sometimes she and I would talk about it. In her own kind of physical responses to threats, to anger, she was articulating the same thing: She knew that once she crossed the line into really serious anger, it was a very big project for her to bring herself back to her baseline. That it required a lot of what she learned to call de-escalation.

She knew that she needed time to be able to feel calm again and that there was no substitute for that time. Sometimes it would take an hour. Whereas for a child who had not been constantly assaulted by the daily trauma of living in poverty, in a violent neighborhood, with constant housing and food insecurity, it would not. These were all things that created stress on her body from the time she was young.

Kaplan: This is a huge question, I know, but what would you like to see educators and policy makers do to incorporate some of these insights about kids like Dasani?

Elliott: I really am a lay person, an observer. The real experts are the teachers, the guidance counselors, the principals—they know what is needed. The approach to education policy has to include their voices. If it did, I think we would see a different system. People with political power have created the language around poverty solutions. That’s deeply problematic because it lacks this lived experience that I hope Dasani’s story brings to life.

In terms of Dasani herself, if you had to invest in one asset, it would have been her home life—everything from helping to keep a roof over her family’s head to connecting her parents with services in a way that does not feel intrusive. I think that families and parents have to be brought into the project of helping kids across many systems, not just education.

Kaplan: Dasani didn’t graduate from Hershey. Where is she now? Do you see this goal—to advance in her education while staying physically and culturally close to her family—as feasible?

Elliott: She’s living with her mother and two of her siblings and is in community college. She’s trying to succeed on her own terms—and that is what she would like to see for herself. I think that’s a message that’s worth paying attention to because she’s been through many different programs—she’s experienced public education, private education, code switching. She’s an expert in her own life, and this is where she landed: in the place of wanting it all.