For teacher Stacy Goodman, it’s only been a few years since students entered her classroom, walked straight to their desks, and began to work. If they misbehaved, she’d take a clip with their name on it and move it down the behavior chart. And if they didn’t work their way back up the chart, Goodman called home or sent the child to the principal’s office.

Goodman, who has taught at Hermitage Elementary in Nashville for 20 years, admits she was skeptical when she learned the school was getting rid of behavior charts in favor of social and emotional learning (SEL) practices. She remembered a time when behavior charts were the big thing. SEL felt like just another trendy initiative—one of too many over the years—that promised to improve classroom management and fundamentally change the direction of education.

But the research suggests that for social and emotional learning, at least, the skepticism is misplaced.

A 2011 meta-analysis looking at over 270,000 students, for example, found that students who participated in an SEL program showed academic gains of more than 11 percentile points over those who had not participated. And a 2015 study between economists and Teachers College revealed an $11 long-term economic gain for every $1 spent on a rigorous SEL program. 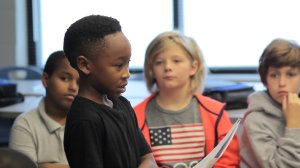 Common sense seems to track with the data: Kids who operate within safe spaces and practice regular self-reflection are more likely to take academic risks, engage in collaborative problem solving, and be aware of their own strengths and weaknesses. Parents have always known it, and studies confirm that social and emotional skills can improve a child’s sense of well-being and lay the groundwork for success throughout their lives.

Those sentiments are echoed by leaders in Metro Nashville Public Schools (MNPS), who’ve spent the past six years rolling out an SEL initiative in an effort to reshape school discipline, reduce student stress, and take a more holistic approach to academics. In 2011, the district applied for and received a grant from the Collaborative for Academic, Social, and Emotional Learning (CASEL) to integrate CASEL’s core competencies—self-awareness, self-management, social awareness, responsible decision making and relationship skills—into its schools.

Like many urban areas, Nashville has a complex and unique set of challenges in its school system. More than 70 percent of its 88,000 students are considered economically disadvantaged, and only 25 percent read at grade level. Due to a large influx of new immigrants and refugees to the area from Central America, Africa, and the Middle East—most notably Kurdistan and Syria, earning one neighborhood the nickname Little Kurdistan—at least 18 percent of MNPS students are now English-language learners, and a full third of students do not speak English at home.

Simultaneously, Nashville’s “It City” status has drawn middle- and upper-class professionals from the coasts, driving a gentrification boom that has displaced many longtime residents to the city’s outskirts and divided some neighborhoods by race and class. Nashville’s old reputation—the small, close-knit “Music City” with deep Southern roots—no longer feels like it fits.

There are also the problems that often accompany poverty that, coupled with Nashville’s painful history of segregation and racial disparities in discipline practices, have perpetuated inequities among its students for decades.

In recent years, MNPS has poured resources into tackling those disparities with the support of a new superintendent, Dr. Shawn Joseph.

Under Joseph’s helm, the district has ramped up SEL training and services, shifted to a restorative justice approach to discipline, and hired a full-time trauma-informed coordinator to train teachers how to spot, and help, students who have experienced trauma. But school and district leaders emphasize that their new initiatives also provide substantial benefits for all students in the district—including high performers who may struggle with challenges like perfectionism and anxiety, or avoid risk taking to protect their grade point averages. 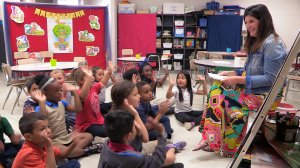 “Our vision is to be the fastest-improving district in the nation. To do that, we need to focus on academic key performance indicators and culture and climate,” said Joseph, acknowledging the district’s poor reading scores. “We clearly recognize that if students aren’t engaged and feel safe, if they don’t know how to work through challenges, they’ll never maximize their potential.”

Joseph realized that two factors would be critical to driving that transformation: changing policies and changing minds.

The latter hasn’t been easy, according to Kyla Krengel, director of social and emotional learning for Metro Nashville Public Schools, who said buy-in for SEL and restorative approaches to discipline among staff has been an ongoing challenge. A number of teachers have resisted the changes, she said, especially those “who have been teaching for a while, who naturally teach the way they were taught.”

For some, SEL has seemed like another education trend that will fizzle as time goes by, or another item on a never-ending to-do list. Others have held onto hard-to-change perceptions about what SEL and the restorative approach to discipline entail.

Krengel smiles as she recounts the story of one principal who confided to her, “I completely agree with social-emotional learning, but I don’t do hugs—so we’re not going to do this at my school.”

Nashville’s initial resistance to SEL isn’t unique. Across the country, other districts are also struggling to find the right balance.

In both the Highline Public Schools district outside of Seattle and Los Angeles Unified School District, a shift from “no excuses” discipline policies to an SEL-based restorative justice approach came too quickly and without enough guidance, argued critics, alienating some teachers, many of whom left their jobs. Highline in particular has seen a 12.7 percent turnover rate of teachers and staff since the discipline policy was enacted. More dramatically, after two Minnesota high school teachers were assaulted at school—one suffered a traumatic brain injury after a student choked him—they sued their districts, arguing that the school’s discipline policies have become too permissive.

But SEL proponents argue that these are extreme examples, and that relationship-based discipline techniques do not mean student actions will go without consequences—and can actually help teachers manage their classrooms. 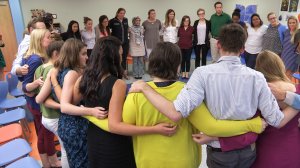 According to Barbara Stengel, professor of secondary education at Vanderbilt University, implementing interventions like SEL and restorative justice contributes to a “baseline of order,” ensuring that learning does not get “hijacked” by disruptive students.

“Order doesn’t simply mean obeying rules or tossing challenging kids out of a classroom—it means figuring out what we can do for students,” said Stengel, who has conducted research in Nashville schools for nearly a decade. “The most productive order comes in classrooms that are communities, where kids know that they are secure and cared for.”

At Valor Collegiate Academies, two charter middle schools in Nashville, for example, misbehavior is approached as a learning opportunity for students. When students commit minor offenses, teachers are trained to intervene and coach students on how to improve their behavior, imparting the emotional skills that they can put to better use in the future. For more significant incidents, teachers pair consequences like an in-school suspension with relationship-based interventions, or follow a more formal set of restorative practices that help students and teachers work through the incident and repair the relationship with affected parties.

Both data and firsthand experience with social and emotional practices have been instrumental in helping the district ease concerns and make the case for SEL, according to staff like district trauma-informed coordinator Mary Crnobori.

In 2015, Crnobori started working with Fall-Hamilton Elementary, a Nashville school where 69 percent of kids live below the poverty line and one in 20 students is homeless. She found that presenting teachers with solid research on what trauma can do to the brain of a child was necessary before she could coach teachers on SEL strategies.

According to Crnobori, the science behind SEL—and its real impacts on students—makes the message “land in the hearts” of more teachers, who first got into teaching because they loved kids. 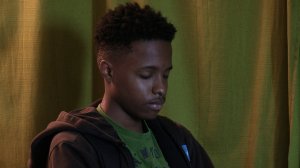 “Lots of resistance comes from misconceptions: that we’re here to coddle students or expecting teachers to be therapists,” Crnobori said. “But really we are just asking teachers to support the social and emotional needs of their students.”

After making the case for SEL, Crnobori and school leaders were more easily able to implement the practices at the school, like a twice-daily check-in system with staff and students, she said.

Fall-Hamilton’s teachers are also starting to adopt SEL practices themselves and are seeing the benefits in their own lives firsthand. Teachers use a “tap-in, tap-out” approach when they’re feeling stressed and just need a break for a minute. Teachers text colleagues and ask if they can briefly cover their class or help with a particular student who needs more support. Educators say the system reminds them that school culture can be stressful for both students and teachers, and it’s OK to ask for help and take breaks to decompress.

Similarly, at Meigs Academic Magnet Middle School, SEL coordinator Susan Purcell-Orleck created mini-booklets containing cards with simple mindfulness exercises and prompts for teachers to use at their staff meetings, after realizing the teachers needed to combat the same issues their high-achieving students did. By using the cards, fifth-grade literacy teacher Hillary Maly had a moment of realization: She was dealing with issues of her own. 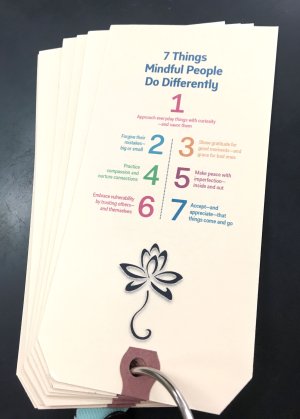 “I was feeling stressed and anxious myself, and I don’t think I saw that before,” Maly said. “I’m these kids in adult form, and until I began using these prompts, I didn’t know that SEL had anything to do with me.”

Changing adults’ minds about SEL seems to show some early impacts—for both students and teachers. Valor Collegiate is the only school in the state to be in the top 1 percent in academic achievement and growth, and more than 80 percent of Valor students say they feel safe and connected to others at the school. District-wide, expulsions are down 64 percent and suspensions are down by 24 percent.

Yet demand is currently outpacing resources for SEL training in Nashville schools, and the SEL team is working as fast as they can to get all schools to full adoption. As a result, the nuts and bolts of SEL rollout often falls to on-site leadership.

Back at Hermitage Elementary, Principal Matthew Owensby says he is “optimistically anxious” to begin mindfulness-based SEL work for his faculty. He says he hopes his staff will learn to see the value in it—much like Stacy Goodman, whose early skepticism about teaching social skills is now long gone. 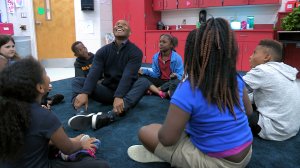 The teacher says she’s changed her mind about SEL after realizing it’s helping her students learn valuable skills like respectful listening and sharing. Unlike behavior charts, which tended to be “defeatist” for the kids they were meant to help, Goodman said she’s noticed that SEL helps everybody.

A recent interaction with a former student drove that home for the teacher, who said the particularly challenging student was once a “chair thrower” who wouldn’t even say hello to her. Working with the Hermitage SEL team, Goodman coached the student to express his feelings, and gave him time in an area called the peace corner to calm down when he was upset. To her surprise, many of his behaviors de-escalated during the school year.

Running into the student recently, Goodman was pleasantly surprised to see a change in him—the kind of transformation that can be a springboard to a better future.

“He came up to me and spoke to me—we had a little conversation,” Goodman said. “He used to be a kid who you’d say hi to and get nothing in return. But look at him now.”

This story was produced by Edutopia as part of a series developed in collaboration with the National Commission for Social, Emotional, and Academic Development, with support from the Chan Zuckerberg Initiative.