During the first few years of the program, I told prospective applicants that independent study projects landed in one of two baskets: “research-based” or “creative.” I stopped making that statement when it dawned on me that students were paying no attention to my categories. Good thing, too! The work they were doing was great, whether it was all research (the Chinese Cultural Revolution, the plays of Oscar Wilde, autism), all creation (composing an aria, painting portraits, writing short stories) or some of each. 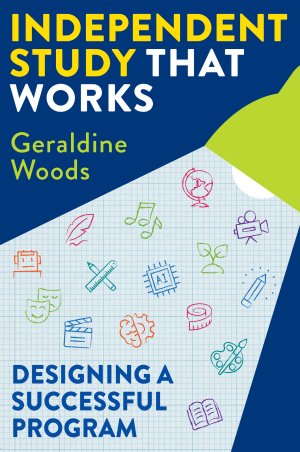 Independent study also frees students—and teachers!—from preconceived notions of the nature of education, such as how knowledge can be acquired. Most students do their research from online or printed sources, but a good number also interview experts or participate in internships. (Anyone in this last category also has an on-campus faculty mentor and participates in seminar.) Ben, whose project was a comparison of news coverage in the media of three countries, spoke at length with a reporter from The New York Times to gain an insider’s perspective. Andrew interned at a natural history museum, using their lab to analyze the chemical composition of meteorites. Rebecca met frequently with a sociologist as she gathered data on the effectiveness of anti-bullying programs. Some of the “experts” she consulted were middle school girls.

Another barrier independent study can break is how knowledge may be expressed. One long paper per grading period is a common choice, but a series of shorter papers may also be appropriate. Students have built interactive websites, where not only their mentor and classmates but also a wider audience can view their work. Many have curated art exhibits, staged plays, given concerts, produced podcasts, and made films. I have seen architectural models coded by energy consumption; hand-carved, custom-wired electric guitars; illustrated guides to the nine circles of Dante’s Inferno; and a hovercraft that rose a few inches off the ground while carrying a student. With some projects, the goal is to inform others: Chiara chose a wall display for her project on access to reproductive health care. After studying the economics of the issue (who has insurance, how much it costs), she looked at legal issues. On an enormous map of the United States, Chiara listed relevant state laws. The map was on display in a school hallway for a month and drew a wide audience. Because some rights and restrictions are tied to age, students were curious about what their own situation would be if they lived in another area of the country. Caroline’s project was part personal, part historical. She researched her family’s history in Korea and the details of her parents’ immigration to the United States. She noted which elements of Korean culture they maintained in their American household: food, etiquette, celebrations, and so forth. For her final product, Caroline wrote a computer program that gradually changed her image. Her attire shifted from a hanbok (a traditional Korean dress) to jeans, T-shirt, and sneakers.

The bottom line: independent study prioritizes learning, not rules. What is studied, how it is studied, and how knowledge or skill is displayed—all these factors arise organically from the project. The adults do not exercise undue control, nor do they cede it. Students’ inventiveness is validated, but their work is held to a high standard. (For practical advice about the application process and supervision of independent study projects, see Chapter 2.)

The variety of independent study projects is as wide as students’ imagination, which is to say, limitless. Sometimes a project arises through serendipity. To pass the time during a long car ride one summer, Daniel and his father listened to an audiobook, Michael Lewis’s The Big Short. By the time they arrived at their destination, Daniel knew he wanted to learn more about behavioral economics—how and why people make financial choices. For a year or so he read books and watched TED talks on the topic and, when the opportunity presented itself, turned his interest into an independent study project. “I would have been doing the work anyway,” Daniel says, “because I genuinely loved it.” His project culminated in a research paper, the longest he’d ever written, explaining the principles of behavioral economics. Daniel has no complaints about the workload. “Independent study was interesting. Sometimes, if I had something important to do, like study for a really scary math test, I would procrastinate by picking up my independent study reading instead,” he says.

For Annie, independent study was a way to explore a talent. “I’ve always had trouble writing essays and things like that,” she explains, “so I wasn’t looking forward to the required research paper for my junior English class.” But Annie had always been interested in film, and when her English teacher suggested she report her findings in the form of a screenplay, Annie was eager to try. To her delight, she found that dialogue flowed easily. She had no trouble expressing her ideas in this format, and independent study provided a venue that played to her strengths. Her project also satisfied an emotional need. Annie wrote a script for a road-trip film during an intense phase of the pandemic; through the project she “lived vicariously because the characters got to interact with each other in ways I craved but couldn’t do.”

Diana’s project also arose from a deep need: a desire to connect with her heritage. Diana’s grandparents, who were born in Iran, often recited verses to her from the Shahnameh, or Book of Kings, an epic poem that recounts the history of Persia from ancient times through the seventh century. Diana began her project by reading the poem in translation. (Diana doesn’t speak Farsi; she decoded a small portion of the original text with her grandmother’s help.) She looked at images based on the Shahnameh that elevate the status of the shah, or king, and compared them to European art that also glorifies a figure, such as a Renaissance altarpiece. Next, Diana read The Rubaiyat of Omar Khayyam and examined visual art associated with it. Finally, she studied the works of contemporary Iranian writers and filmmakers, with special emphasis on art with feminist themes. In college, Diana continued her independent study and made a presentation to her art history class. “The media tends to present only a narrow, negative view of Iran. People don’t see the country’s rich intellectual and artistic tradition, which starts with the Shahnameh,” she says. To share that heritage with others, she first had to explore it herself.

Ed’s project was a response to a gap in the curriculum, specifically a lack of literary works by LGBTQ writers in English classes and similar omissions in history and other courses. Ed looks back at the education he received and deems it “selective learning.” He explains, “Whole sections of the classics, of poetry especially, had been cut out, especially love poems. The omitted material could make a big difference by keeping gay students from feeling alone.” Ed read extensively with the goal of putting together an annotated list of readings that teachers could incorporate into existing courses—works by Virginia Woolf, Claude McKay, and James Baldwin for English class; books by Martin Duberman and other historians for social studies; and classical selections from Cicero and Julius Caesar for Latin class. Ed read literary criticism, too, and asked knowledgeable alumni to suggest titles. Ed reflects, “I didn’t know what was going to happen when I talked about this topic, but for the most part people reacted very positively. Just to see that people actually cared about what I was saying was very powerful.” Ed’s project raised awareness and resulted in additions or substitutions to the list of required reading.

For Sophie, independent study was a chance to dive into a subject she was “passionate about but hadn’t had the opportunity to explore”: children in crisis. She’d done volunteer work but until this course had not found a way for this topic to “live in an academic environment.” Sophie first researched refugees fleeing war in West Africa and then read about children conscripted as soldiers. She studied gender violence and recovery from trauma. Her independent study, she believes, was an “inflection point” that led directly to her college major in political science with a focus on international development and human rights. She also notes the influence of independent study on her career choices: a stint with Teach For America and her current position as chief of staff at a charter school network serving under-resourced communities.

Editor’s note: Edutopia readers will receive a discount when using the link above in 2022.