Only a few hours later, Tynisha Jointer, a social worker in the district, heard about the shooting on the local news and sprang into action. She and colleagues quickly arranged to visit the victims and their families in the hospital; she stayed up until 2:00 a.m. putting together a plan to support their classmates at school.

After an emergency morning meeting with school staff, Jointer’s team invited middle school students to a conversation circle to talk about the shooting. But when it came time to speak, Jointer sensed a pervading sense of apathy in the room.

“We got in front of the kids, and they said, ‘Why are y’all doing all of this? Nobody died,’” remembers Jointer, now a behavioral health specialist. “It shook me to think that my kids had normalized getting shot, normalized going to funerals of fifth graders, normalized the violence in communities.” 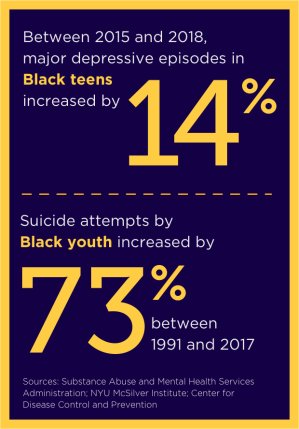 The normalization of trauma is far too common among Black youth, who data shows are at higher risk for mental health issues due to disproportionate exposure to illness, poverty, toxic stress, and racism. One in every three Black children in the United States has been exposed to two to eight adverse childhood experiences (ACEs), which can have serious long-term effects on a person’s health for the rest of their lives.

“In our society, we have marginalized and even ostracized those who struggle with mental health,” says Dr. Michael A. Lindsey, executive director of New York University’s McSilver Institute and a nationally recognized researcher on Black youth mental health. “We know there has been historical marginalization and contemporary, current discrimination against people of color. But then if you’re a person of color who also struggles with a mental illness, it’s like a double stigma.”

Though schools have increasingly become an important source of mental health care for students, targeted outreach to address the mental health of students like Jointer’s can be rare.

More than 14 million students, most of them living in low-income or rural areas, attend schools that have no counselor, nurse, psychologist, or social worker, but the services are needed more than ever, according to data. In the three years between 2015 and 2018, major depressive episodes in Black teens increased by 14 percent, and suicide attempts by Black youth increased by 73 percent between 1991 and 2017. For all age groups of Black Americans, reports of serious mental illness have been on the rise for more than a decade.

“Our young Black people are scared, worried, overwhelmed, and concerned about their place and space in the world,” says Jointer. “Without proper platforms to unpack the stress and traumas they have endured, we will see more young people in crisis.” 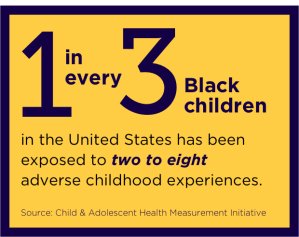 In order for schools to effectively support Black youth, experts say, they must provide services that recognize the unique cultural and social barriers these students face, both within their communities and within K–12 schools.

Yet schools aren’t always seen as a safe place, especially for Black students, says Micere Keels, an associate professor at the University of Chicago who works with local schools on trauma-informed practices. Data shows that Black students are significantly more likely to be suspended or expelled than any other racial group, which can seriously impact their sense of well-being and push them to disengage or even drop out of school.

Sometimes behaviors punished by educators are actually a symptom of mental health challenges but are incorrectly labeled as “acting out” or perceived as “choice behaviors that children could manage if they wanted to,” explains Keels. Children who have experienced trauma may be triggered in a school setting and exhibit emotional responses that are seen as erratic, unpredictable, and, at times, explosive.

“When Black children exhibit certain behaviors, they’re deviant and defiant, but when White children do it, they’re exploring and expressive,” says Jointer, who recommends that schools review policies and practices undertaken by staff to determine if they are culturally responsive and consistently implemented fairly in all student populations. 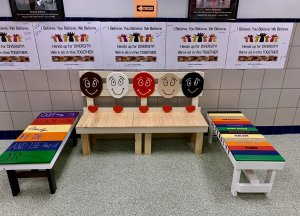 In that vein, Superintendent Mark Laurrie requires that teachers (and soon, noninstructional staff) in the Niagara Falls City School District in New York complete a three-part series—mental health first aid, trauma-informed care, and diversity and implicit bias training—so they can support the mental health of their Black students with a trauma-informed, restorative lens.

Laurrie’s district, which serves predominantly students of color, has also tried to offer as many extracurricular activities as it can, providing more sets of eyes to watch over and build relationships with the most vulnerable students in the schools’ population, Laurrie says.

There are messages about “not airing your dirty laundry in public,” says Lindsey of the Black community, which “make one apprehensive about even acknowledging a mental health–related challenge.”

As a child, Principal Tia Corniel says, she often felt that her emotions were controlling her, something that regular, normalized conversations about her feelings might have helped with. “I don’t ever remember having a class where I was explicitly taught about emotions, where they came from, how to identify them, how to label them, and then how to work to regulate them,” she remembers.

To change this dynamic, Corniel has rolled out the RULER program for social and emotional learning (SEL) at Pine Hills Elementary School in Albany, New York. The method walks K–8 educators and students through the process of developing five key emotional skills: Recognizing, Understanding, Labeling, Expressing, and Regulating emotions. The school has also made the necessary scheduling adjustments: Every classroom now has a dedicated block of time for social and emotional learning, scaling access for the school’s largely Black population, which in the past has not received these kinds of services. 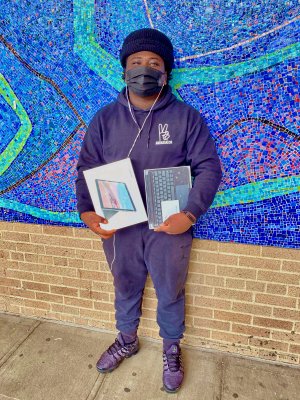 Likewise, the Step-Up program, a youth development and mental health support program that works with schools in New York City, has found that time and language matter when it comes to helping marginalized communities overcome the stigma around mental health services.

When students first join the program, counselors, social workers, and staff are intentional in using language that is strength-based, moving away from the use of labels and terms that could spur a negative response in students or their families. Instead of “referring” students to the program, they now use the term “nomination”; instead of sessions with a therapist, students have a “one-on-one” with a “mentor.”

Additionally, the program aims to foster an understanding that mental health and wellness are inherently valuable, giving students a small stipend every time they attend sessions and activities. If it weren’t for the incentives, Marcus Harley, now a 23-year-old with a degree in social work, says he doesn’t think he would have attended. Harley began participating in the program when he was 14 years old, evolving from a participant to a counselor.

“Some of us, we didn’t have a dime to our name as soon as we got home,” he says. “It was important that someone let me know that my time is worth literally getting paid for.”

Schools Can’t Do It Alone

Given the significant needs of students and their families, schools “do not have nor will they ever have the resources to meet all the needs of their students,” says Adonai Mack, senior director of Equity Services for the Association of California School Administrators. He recommends that districts work in collaboration with outside organizations such as mental health–focused nonprofits and universities with counseling centers to provide targeted resources.

These partnerships can also ease some of the barriers to accessing services for Black children and families, Mack explains. Schools that have a robust offering of mental health services statistically see an improvement in student attendance rates, reduced rates of detention or expulsion, and higher academic achievement in students, as well as an overall improvement in graduation rates.

Laurrie in Niagara Falls, for example, partners with Gateway Longview, a nonprofit human services organization, to provide mental health counselors in all eight of the district’s elementary schools so that students learn and speak about mental health from a young age. He also makes a concerted effort to engage with Black students and families where they are by tapping into existing networks that they already trust, like the ministerial council at local churches.

And in Missouri, Art McCoy, superintendent of schools for the Jennings School District, has been rallying the local community to support his predominantly Black student population, where 100 percent of students are on free and reduced-price lunch. Since 2016, McCoy has raised approximately $2 million in private funds annually to support numerous health and wellness initiatives within schools that include two clinics; dedicated mental health counselors for both students and staff; and access to free dental, vision, and therapeutic services (including parent-child interaction therapy) for all students.

These interventions not only support students and families holistically, but demonstrate that a family’s mental health concerns are not shameful and are worthy of investment—perceptual changes that McCoy hopes will have long-term, systemic impact.