While most educators feel too worn out to take on anything else this year, classroom games—old and new—can provide a much-needed respite for students and teachers who are burned out on video lessons and miss social connection.

We found some easy-to-use virtual games that elementary teachers are playing with their students this year, along with tips on how to incorporate them into the classroom.

After noticing how much her students missed informal socializing during hybrid learning, Liz Henneberry, a third-grade teacher in Franklin, Massachusetts, transformed Connect Four, Trouble, Chess, and Checkers to Google Slides; the latter two are adaptations from Eric Curts' templates, and all of Henneberry's templates can be downloaded and immediately used in your virtual classroom. During recess breaks, students click a board game shelved in a virtual recess room, which creates their own copy of the game. Students can then share the game with their friend using Google Drive so that the two can play a round together. If students are new to sharing Google Slides, Henneberry recommends modeling the step-by-step process first.

Similarly, Robin Nahhas says her third-grade students have loved playing Multiplication Tic-Tac-Toe, a downloadable game she created on Google Slides so that they could practice their multiplication facts. Before playing, Nahhas goes over directions and the code of conduct with students, reminding them of protocols such as not interfering with classmates’ games or else having their gaming privileges revoked.

Then, she pairs up students and places them in breakout rooms on Zoom. Each student in the pair selects a set of color pieces, and when it’s their turn, they roll two digital dice, multiply the numbers shown, and place a piece onto the virtual board with the corresponding number. To play again, they move their pieces back to the side of the board. If students need help solving a problem, they can rely on their partner or click the “Ask for Help” button after trying one of the strategies they learned in class with pencil and paper first.

During morning meetings, fifth-grade teacher Sarah Wood says she incorporates games like scavenger hunts that the whole class can play together while learning from home. When it’s time to play, Wood projects a word like blanket and a matching image on a slideshow, and then students run to find the item in their homes. When they find the object, they can share it on video or by typing in the chat box.

Wood has even focused the game around particular learning goals, like having students find objects that reinforce vocabulary or putting together a project with the items. Once, they were asked to find a broom, a blanket, and a few heavy objects, and then they had 10 minutes to build a reading fort. During asynchronous time, they used Flipgrid to give a tour of their forts.

She says her students have also enjoyed directed drawing exercises—when students are directed to draw something without seeing it. Wood gives directions like “Draw a large oval with a smaller oval inside; on the left side, attach a triangle,” based on images from a drawing book or a directed drawing YouTube channel. When her students are done drawing, they turn on their cameras, put their artwork up to the screen, and guess what they drew. Wood then reveals the actual drawing and it tends to bring out a lot of laughter, she says.

Wood’s students also love games where they take a more active role. Using Blackboard Collaborate for Pictionary, students take turns drawing on a whiteboard—prompted by a word generator—while students call out their guesses. The next time Wood plays, she’ll use Whiteboard.fi instead of Blackboard Collaborate, a free virtual whiteboard. When playing Taboo, her students take turns trying to describe a word like crack, for example, while being prohibited from using related words like drop or glass while the rest of the class guesses. And her students are obsessed with competing against their peers by being the first to name Disney movies, for example, in the ever-popular quiz platform Kahoot.

Initially, during remote learning, it was hard getting students comfortable with face-to-face interactions over Zoom, but the viral video game Among Us—a kid-friendly murder mystery—has stimulated engagement and conversation in Vickiela Wright’s fifth-grade class, she says.

In the game, each student is a crew member on a spaceship and is given a task to keep it running. One or more students are impostors, and their mission is to kill the crew members without getting caught. In between each round, students use Google meets to try to guess the impostors and form alliances to identify the killer.

“The conversations, problem-solving, engagement, and teamwork were robust and surprising. One student said it was the best part of her life,” says Wright. 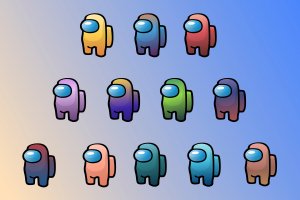 Similar to Among Us, Werewolf is a game of deduction where students take on the role of villager or werewolf. Students collaborate and problem-solve to kill the werewolves before they become werewolves themselves. And the hugely popular Minecraft: Education Edition can serve as a hangout for students’ pixelated avatars to socialize and even partake in English language arts–based station rotations.