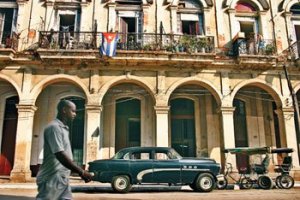 Cuba is the cultural equivalent of the Galapagos Islands, a rich destination for teachers. Cut off from much of the non-Communist world for the last fifty years, the island's politics, commerce, and culture have each evolved into unique species all their own.

It's a large, quirky island full of paradoxes. Cubans have free education and health care, but not enough clothes. Most buildings are architectural masterpieces, but they're crumbling. The Cuban people -- warm and spirited -- sing and dance with fiery energy. But they also sit idly much of the day, lacking any prospect of employment.

For an educator, Cuba is rich with lessons of history, politics, economics, and art -- not to mention the peculiarities of Communism. Wandering the streets of Havana, you'll happen upon ration shops (but few commercial stores), posters touting the revolution (but no advertisements), and record-label-worthy musicians everywhere, strumming and drumming and singing. The Cubans one meets are as likely to ask for necessities like pens and soap as for money. Many of them, however, want nothing more than a friendly chat. Despite the perception that Cuba is off-limits to Americans, the U.S. Department of Treasury offers licenses to citizens for educational activities, artistic performances, or humanitarian work. To learn more, go to treasury.gov. 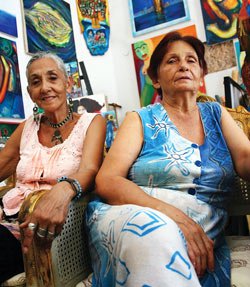 People you meet on the street won't discuss political opinions within earshot of the police, but artists can sometimes get away with overt political expressions. The Museo Nacional de Bellas Artes de la Habana (museonacional.cult.cu), an official repository of art, showcases paintings and sculptures by modern Cuban masters. Don't miss the grassroots Callejón de Hamel, a Centro Habana city block transformed into an outdoor gallery of West African– and surrealist-inspired art, from pavement to roof. The government-sponsored artists' workshop Taller Expermintal de la Gráfica, on the side street Callejón del Chorro off the Plaza de la Catedral, is an unpretentious place to watch artists engaged in painting, drawing, and printing.

This Havana museum (Refugio No. 1 entre Avenida de las Misiones y Zulueta) chronicles the rise of Communism in Cuba and the triumph of Fidel Castro and Che Guevara. On display are pro-revolution newspaper clippings, photos, and documents, including purported copies of the CIA invasion plans for the Bay of Pigs. See bits of Castro-worship, such as the plaque proudly marking the very tank from which Fidel fired at the USS Houston -- and missed.

History on the Walls 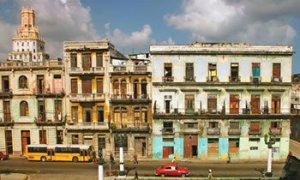 Cuba's history is written in its buildings. Visible on every facade is the glamour of the colonial era and the decay wrought by Communism and isolation: bright paint faded, ornate plasterwork crumbled, delicate ironwork rusted. Architectural styles range from colonial to neoclassical to art deco, and each one tells a story. In Havana, any stroll through the neighborhoods of Habana Vieja, Centro Habana, or Vedado is a ready-made tour, with streets lined with once-brightly-painted houses, elaborate archways, and majestic colonnades. But for some particularly fine examples of Spanish architecture, walk down the Paseo de Martí (known by residents as the Prado), a wide pedestrian boulevard that connects the Capitolio to the waterfront.