A message from Edutopia's online editor: When we asked about SEL in a recent Edutopia Poll, did you vote? Man, oh, man, did you ever. 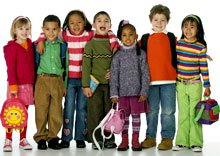 As many of you -- make that many, many, many -- have noticed, we've starting running a weekly poll on Edutopia.org. Two weeks ago, the poll asked, "Does emphasizing social and emotional learning improve student performance?" By the time that question's seven-day term on the Edutopia home page had expired, thousands of you had responded with a deafening (albeit silent) "Yes." Last I looked there were less than sixty "No" votes.

And you didn't merely vote -- you wrote. (Commenting on the poll, or suggesting questions for a future poll, is easy; go here to join the conversation.) Indeed, we received several virtual bushels of insightful comments about the poll, reader's accounts of their experiences with SEL, and even a couple criticisms, such as, "How about asking something other than simple yes/no questions?"

(Fair enough; we'll be positing some multiple-choice questions in the near future. However, the poll is, well, a poll -- a windsock of opinion, fuel for discussion. To go deeper and wider on the topic, we trust our readers will do their own research, aided by the links to articles and/or videos on every poll page.)

Unquestionably, the overwhelming majority of you -- 98 percent or so -- believe strongly that emphasizing social and emotional learning improves student performance. In fact, many of you feel so strongly about the subject that you wanted to say more. Here's a sampling:

Karen Walsh works for the Special School District of St. Louis County, in Town & Country, Missouri. "By training, I am a school psychologist," Walsh writes. "Currently, my role is as an effective-practice specialist, providing professional development and technical supervision for thirty-five school psychologists in nine local school districts, and supervising a Spanish-English-language-proficiency grant in two of those districts, with four additional clinicians (clinical and school psychologists and social workers).

"In 2004," Walsh continues, "our school district received a three-year counseling grant from the U.S. Department of Education's Office of Safe and Drug-Free Schools. We crafted the grant to include social-emotional learning in the activities. After a year and a half, we are seeing the outcomes of our work with students and teachers, in groups, individually, and schoolwide.

"Referrals for special education evaluation due to behavior and social-emotional needs have dropped significantly compared to prior years," she adds. "Attendance for students receiving individual counseling is much improved. Classroom-based social skills curriculum has helped change the culture in the schools, with fewer office referrals for those classrooms where the program is fully implemented by counselors and teachers working together. Yes, social-emotional learning does make a difference!" 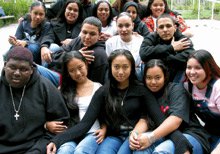 Kim Nuxhall, a character/physical education teacher at Fairfield Central Elementary School, in Fairfield, Ohio, comments, "Five years ago I began to focus on character education-virtues such as respect, responsibility, courage, and determination. The results have been wonderful, as my classes are more peaceful and respectful, and students spend more time on task. There is no question in my mind that social-emotional learning is the key to excellence in learning." (Nuxhall is also the director of the Joe Nuxhall Character Education Fund.)

Robin and Warren Heydenberk, both of whom are affiliated with Lehigh University, in Bethlehem, Pennsylvania, write, "We have conducted numerous studies on the relationship between SEL/CRE and school outcomes. Although our research initially focused on conflict-resolution curricula, we soon realized that we were measuring SEL curricula when we assessed program activities such as introduction of affective vocabulary and activities to increase empathy and emotional awareness.

"Our longitudinal research indicates that SEL/CRE activities benefit students in multiple ways," they conclude. "One example of the academic impact of such programs is illustrated by our article 'Increasing Meta-Cognitive Competence through Conflict Resolution,' in Education and Urban Society."

Across the ocean, in England, educators have come to much the same conclusion as their colleagues in the United States. Katherine Weare, a professor of education at the University of Southampton and a member of the public health faculty, specializes in social and emotional learning. Weare says she is "totally convinced that the evidence, for example, from the systematic review of school-based programs of SEL demonstrates a clear link between social and emotional learning and academic performance.

She adds, "I reviewed the evidence on this and related issues for our government Department for Education and Skills in a lengthy report (What Works in Promoting Children's Emotional and Social Competence and Wellbeing?) and in a subsequent academic book, Developing the Emotionally Literate School, and found it overwhelming, as did the peer-review groups that assessed the work for publication. Here in the United Kingdom, the evidence from Social and Emotional Aspects of Learning, our own government-funded program for children ages 5-11, is demonstrating clearly that children on the program do significantly better in tests of academic attainment than do those in a control group."

Finally, Maria Palandra succinctly summed up the feelings of 98 percent of the poll's respondents. Palandra, superintendent of schools for the Elmont School District, in Nassau County, New York, until she retired in June 2005, and now an associate professor at Hunter College CUNY's School of Education, observes, "Students who are skilled at resolving personal and group conflicts usually are more accomplished in school. They also help to set and maintain a positive climate in school and thus promote learning for themselves and others. The answer is yes."

Thanks to all of you who voted in the poll, and don't forget to keep up the good work -- a new poll is posted every Wednesday.