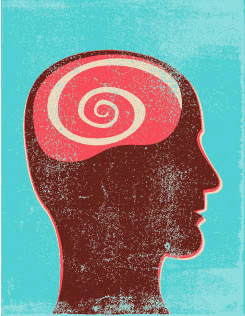 You've surely heard the slogans: "Our educational games will give your brain a workout!" Or how about, "Give your students the cognitive muscles they need to build brain fitness." And then there's the program that "builds, enhances, and restores natural neural pathways to assist natural learning."

No one doubts that the brain is central to education, so the myriad products out there claiming to be based on research in neuroscience can look tempting.

With the great popularity of so-called brain-based learning, however, comes great risk. "So much of what is published and said is useless," says Kurt Fischer, founding president of the International Mind, Brain, and Education (MBE) Society and director of the MBE graduate program at Harvard University. "Much of it is wrong, a lot is empty or vapid, and some is not based in neuroscience at all."

Still, there are some powerful insights emerging from brain science that speak directly to how we teach in the classroom: learning experiences do help the brain grow, emotional safety does influence learning, and making lessons relevant can help information stick. The trick is separating the meat from the marketing.

So what's an educator to make of all these claims?

The use of neuroscience in education, relatively speaking, is young. Neuroimaging technologies have really only developed over the last 20 years, so virtually nothing is "proven" at this point. Neuroscientists can point to some aspects of how different parts of the brain function and connect with one another, but when it comes to education, no one can definitively outline more than a few broad concepts.

"My basic recommendation is that if a product claims to be proven by brain research, forget it," says neurologist and former classroom teacher Judy Willis. "Nothing from the lab can be proven to work in the classroom -- it can only correlate."

This might explain why some academics bemoan the term "brain-based learning," including Robert Sylwester, Emeritus Professor of Education at the University of Oregon. "As if it were kidney-based learning last year, and now it's brain based," he grumbles.

Some software companies will "make fabulous claims and have all these testimonials," adds Patricia Wolfe, veteran teacher and administrator and founder of Mind Matters, a workshop and online resource for translating brain science into classroom practice. But in many cases, she says, "the products haven't been tested by anyone who's not selling them."

Some of the biggest neuro myths, or misguided beliefs about neuroscience that have invaded the general psyche, include the following:

"Understanding the Brain: The Birth of a Learning Science," a report published by the Organisation for Economic Co-Operation and Development (OECD), examines these and other unfounded neuroscience claims. Unfortunately, the science behind these ideas is often misunderstood and milked for profit.

Consider the case of Fast ForWord, the much-lauded phonics-based reading software, which is listed on the U.S. Department of Education's What Works Clearinghouse as demonstrating "potentially positive effects on the reading fluency and comprehension domains for adolescent learners." A 2008 study published in the Journal of Speech, Language, and Hearing Research, however, reported that the software "was not more effective at improving general language skills or temporal processing skills than a nonspecific comparison treatment."

Some neuroscientists maintain that Fast ForWord is a prime example of what happens in the brain-based education industry: A few limited studies with a neuroscientific basis are used to underscore decades of marketing. Yet many schools and teachers across the nation who've used Fast ForWord have seen astronomical gains in their students' reading capabilities.

In other words, the conclusions here are murky at best. If a strategy or program produces results, use it. Just don't assume that its value is unequivocally proven by brain science.

We don't need to be so wary of discoveries in neuroscience that we write them off, however. They can still contribute enormously to a dynamic classroom, especially if they're seen as a "tool, rather than a philosophy," as one educator, LoriC, put it in an Edutopia.org discussion. (For specific strategies, see the "Fact" links at right.) "Maybe we need to approach this sort of learning like Thomas Edison might have," she wrote. "Try it, see what works, and learn as much from the failures as you do from the successes."

Plus, neuroscientists urge educators to trust themselves on this. If a claim seems off, it probably is, and if it confirms something that already seems to work, it's probably on the right track. "Usually, when scientists discover something true about the brain," notes Sylwester, "it doesn't surprise teachers."