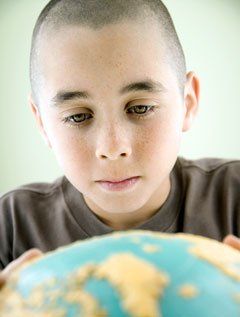 During my first year as a high school English teacher, I got into the habit each Friday afternoon of sitting in the bleachers and grading papers while the players on the freshman football team squared off against their counterparts from nearby towns. I had been assigned four classes of rambunctious freshmen, and several of my most squirrelly students were football players. I hoped that demonstrating my interest in their gridiron pursuits might make them a bit easier to manage in the classroom.

My presence at their games unquestionably helped on the management front, but a second, unexpected benefit emerged as well. A couple of those freshmen -- kids in my class who struggled mightily with subject-verb agreement and the function of a thesis statement -- had clearly committed several dozen complex plays to memory. During one particularly impressive series of plays, I remember thinking, "These guys are really smart! I'm underestimating what they're capable of!" And over the course of my first year in the classroom, that same thought emerged several more times -- at the school musical, visiting the graphic design class, and even just watching a couple of students do their math homework during study hall. Without my realizing it, my relationship with multiple-intelligences (MI) theory had begun.

In 1983, Harvard University professor Howard Gardner published his book Frames of Mind: The Theory of Multiple Intelligences that began with some simple but powerful questions: Are talented chess players, violinists, and athletes intelligent in their respective disciplines? Why are these and other abilities not accounted for on traditional IQ tests? Why is the term intelligence limited to such a narrow range of human endeavors?

From these questions emerged multiple-intelligences theory. Stated simply, it challenges psychology's definition of intelligence as a general ability that can be measured by a single IQ score. Instead, MI theory describes eight intelligences (see below) that people use to solve problems and create products relevant to the societies in which they live.

MI theory asserts that individuals who have a high level of aptitude in one intelligence do not necessarily have a similar aptitude in another intelligence. For example, a young person who demonstrates an impressive level of musical intelligence may be far less skilled when it comes to bodily-kinesthetic or logical-mathematical intelligence. Perhaps that seems obvious, but it's important to recognize that this notion stands in sharp contrast to the traditional -- and still dominant -- view of intelligence as a general ability that can be measured along a single scale and summarized by a single number.

During my eight years as a high school English teacher and an administrator, MI theory came up periodically. Colleagues shared assignments with me that sought to tap into the multiple intelligences. At parent-teacher conferences, I fielded questions about whether schools today are too focused -- or, alternatively, not focused enough -- on verbal-linguistic and logical-mathematical intelligences. In professional-development seminars, I was urged to keep multiple intelligences in mind while developing curriculum.

I also assured my students that everyone is gifted in at least one of the intelligences -- a sentiment uttered with the best of intentions, but not entirely accurate.

Not only didn't I fully understand the theory, but when I began teaching at an urban public high school in Boston, I believed I had no time to concern myself with it. I was determined to help my students develop the tools they needed to make it into college: reading comprehension, writing skills, critical thinking, SAT vocabulary. I was certain there simply weren't enough hours in the day to foster students' musical intelligence or bodily-kinesthetic intelligence.

And, then, in 2004, my views began to change. I started working on my doctorate at Harvard University and asked Professor Howard Gardner to be my adviser. My interest in working with Gardner had more to do with his work on ethics than on MI theory, but over the next four years, MI theory was like fluoride in the water. There was a constant clamor from educators across the globe to hear from him about MI theory. Working each day about 20 yards away, I couldn't help overhearing the uproar and, amid that din, I started to pick up on my own misconceptions. 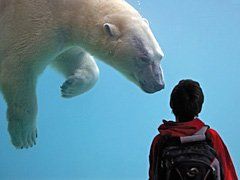 Some kids' minds dwell in the world of naturalistic intelligence, where they are often quick to distinguish patterns in nature.

I also discovered that neither Gardner nor MI theory has ever argued that educators should spend equal amounts of time teaching to the eight intelligences, or that every lesson should provide students with eight options for demonstrating their learning. In fact, MI theory offers neither a curriculum nor a goal toward which educators are expected to strive. Rather, MI theory is an idea about the concept of intelligence. A psychologist by training, Gardner left it to educators to decide how MI theory can be useful in the particular community and context in which they teach.

Nowadays, as a professor of education myself, when students or colleagues learn that I trained with Gardner, I am often asked facetiously, "How many intelligences is he up to now?" In truth, the original formulation of MI theory included seven intelligences, and Gardner has added just one (naturalistic intelligence) over the past 25 years.

Many other scholars and educators have proposed other intelligences -- everything from moral intelligence to cooking intelligence to humor intelligence -- but none have provided compelling evidence to justify an addition to the list. That said, advances in fields like neuroscience and genetics may well lead in coming years to the identification of new intelligences or the reorganization of existing intelligences. Ultimately, what is important about MI theory is not the number of identified intelligences, but, rather, its core premise that intelligence is better conceived of as multiple rather than general.

Since its inception 26 years ago, thousands of schools, teachers, and researchers across the globe have drawn on MI theory to improve teaching and learning. There are Howard Gardner MI schools in Pennsylvania and Washington State and "multiple intelligences" schools in Bangalore, India, and Quezon City, Philippines. A 2002 conference on MI theory in Beijing attracted 2,500 educators from nine provinces and six neighboring countries. In 2005, a theme park opened in Nordborg, Denmark, that allows Danish children and adults to explore their aptitudes across the intelligences.

It also happens that MI theory is used in ways that are neither educationally sound nor appropriate. Perhaps the most glaring example has been a state ministry in Australia that compiled a list of ethnic groups within the state as well as the particular intelligences that each group supposedly possessed and lacked -- a practice Gardner has denounced as a perversion of his theory.

In Gardner's view, MI theory is used most effectively by educators who have a particular goal they are seeking to achieve and who conceive of the theory as a tool for achieving this goal. For instance, at the start of the school year, an elementary school teacher might want to identify students' strengths and weaknesses among the eight intelligences. That teacher might carefully observe the students' activities and interactions on the playground during recess or, alternatively, ask both students and parents to fill out a short survey identifying what they believe to be their (or their child's) strengths among the eight intelligences. Such information can facilitate lesson and unit planning down the road.

Or perhaps a school leader or department head seeks to improve communication among faculty about student achievement. For this objective, MI theory could serve as a framework or common language for discussing the strengths and challenges of individual students. In this instance, the concept of multiple intelligences may not even be raised directly with students, but, rather, may serve as a tool for fostering dialogue and collaboration among their teachers.

The irony of MI theory's tremendous impact on the educational community is that the theory was not developed with educators in mind. Rather, Gardner wrote his 1983 book, Frames of Mind, with the goal of inciting debate among psychologists about the nature of intelligence. By and large, such a debate did not occur. The psychology community has demonstrated relatively little interest in Gardner's theory, perhaps because, in sharp contrast to the traditional IQ test, it offers no easy scale for measuring aptitude across the various intelligences.

In what amounted to a sort of grassroots uprising, however, educators at all grade levels in many types of communities have embraced MI theory with a genuine passion. In describing this groundswell of support, Gardner has often speculated that MI theory provided empirical and conceptual support for what educators had known all along: that the notion of a single, general intelligence does not accurately depict the children that educators see in their classrooms each day.

Perhaps it is for this reason that the earliest groups of educators to embrace MI theory were teachers whose daily work entailed supporting students with learning disabilities. Even more so than their general-ed colleagues, special educators see firsthand that youth who struggle with, say, language can simultaneously possess a strong aptitude for numbers or music or graphic design, and vice-versa. These teachers knew intuitively that IQ tests were not measuring what they purported to measure.

Perhaps the greatest contribution of MI theory, I would argue, has been its role over the past decade as a counterbalance to an educational climate increasingly focused on high-stakes testing, such as the IQ test, the SAT, and the various state assessments that have emerged from the No Child Left Behind Act.

Even if one believes that these assessments have contributions to offer to the practice of teaching and learning, it seems equally true that these tests have presented new challenges to the educational world as well. The IQ test and the SAT, two assessments unquestionably correlated with an individual's class status and schooling opportunities, have been utilized to declare some children intrinsically "smarter" than others and more deserving of seats in gifted-and-talented programs, magnet schools, and elite universities. Particularly in urban schools, the pressure from testing has narrowed the curriculum to focus on those subjects on which graduation and accreditation rest -- at the expense of art, music, theater, physical education, foreign language, and even science and social studies.

In the face of these powerful forces, MI theory has served as a reminder to educators to focus on the strengths and weaknesses of the individual child and has also offered conceptual support for educators seeking to prevent individual students from being stigmatized by a low score on one of these standardized tests. On a schoolwide scale, administrators contemplating eliminating or reducing funding for the subjects not covered by state assessments are likely to hear protests (from parents, teachers, students, and even internally) about neglecting children's multiple intelligences. I would argue that MI theory has offered an important check on the standards-based reform movement that has dominated American education for the past decade.

Or, put more simply, MI theory has helped facilitate in the heads of thousands of educators the same sort of appreciation I experienced while watching my students march down the football field: "These guys are really smart! I'm underestimating what they're capable of!" MI theory is neither a curriculum nor a goal nor an endpoint, but it remains, 26 years after its birth, a powerful tool for helping educators to teach more effectively and students to learn more deeply and enduringly.

Scott Seider, a former public school teacher, is an assistant professor of curriculum and teaching at Boston University. He is coauthor of Instructional Practices That Maximize Student Achievement.

Go to "Teachers Are Taking Multiple-Intelligences Theory to Heart."