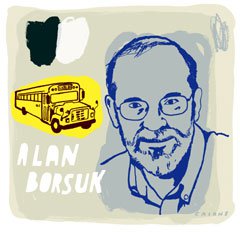 While exploring test scores online in late 2003, Milwaukee Journal Sentinel reporter Alan Borsuk stumbled on a shocking fact: The performance gaps between black and white students in Wisconsin were the biggest in the country. More than three out of four black eighth graders in the state failed the National Assessment of Educational Progress in math, and 60 percent failed in reading -- more in both categories than anywhere else.

The Journal Sentinel was then planning its "Still Separate and Unequal" series for the fiftieth anniversary of the U.S. Supreme Court's desegregation ruling in Brown v. Board of Education, and it launched the series with Borsuk's look at this racial chasm.

"No one had ever said that publicly before, and we did," says Borsuk. "It's an issue of such urgency and, unfortunately, such clarity that it needs to be addressed as such. To not talk about the fact that black kids are failing in such huge numbers is to not talk about the reality of what's going on in Milwaukee."

Bold as he talks on this issue, there's nothing in-your-face about Borsuk. The Orthodox Jew and grandfather of five speaks thoughtfully and insists that he's "an extraordinarily boring person." A Madison native, he never strayed far from home, attending the University of Wisconsin and then moving the seventy-five miles to Milwaukee, where he has worked as a writer and editor at the Journal Sentinel and its predecessor, the Journal, for thirty-four years. His philosophy about education reporting could be summed up by the phrase he used to start this interview: "I'm at your service."

The city he serves is home to the largest system of voucher-supported private and religious school in the United States. In addition to the 217 schools in the Milwaukee Public Schools and nearly 50 charter schools, 125 private schools are supported by public dollars. About two-thirds of those are religious, mostly Catholic and Lutheran. Parents of minority students may also opt to have their children bused to suburban schools through a desegregation program. As Borsuk likes to say, "A low-income parent in the city of Milwaukee has more options of where to send their child for publicly funded education than any parent in American history."

In a small way, Borsuk himself helped create that patchwork of choices. Long before the voucher program began sixteen years ago, he and a group of parents started two Jewish schools for their children -- first a K-8 day school, later a girls' high school -- both of which now receive vouchers. Borsuk relinquished his leadership roles there before vouchers came about, and, honoring his journalist's objectivity, won't say whether he approves of vouchers. "I tell people my wife doesn't know what I think on those questions," he says.

In this diverse and sometimes chaotic milieu, education coverage is what Borsuk calls "a signature" at the Journal Sentinel. The paper covers the good things, like a local principal honored by the National Alliance of Black School Educators, and the bad things, like truancy and flare-ups of student violence, which persist despite the community's focus on improving its schools. Borsuk sees the paper as a consumer publication, which should equip its readers (parents and childless taxpayers alike) to understand and assess the product they consume: public education.

"If you read our coverage over a number of months and you walked into a Milwaukee school or you went to a school board meeting, you'd have the tools to understand what they're talking about," says Borsuk. "You'd understand what it's like to be a student or a teacher in one of these schools."

For example, some of his stories have focused on how Wisconsin develops its standardized tests and how the questions are written, to help readers understand better what the test scores mean. Without such explanation, Borsuk says, "I think a lot of parents think somebody flies an airplane over Wisconsin and drops tests out the window -- they just suddenly emerge, and there they are."

From time to time, the Journal Sentinel homes in on an issue so significant and complex that the paper devotes to it a series of stories covering different aspects and appearing over the course of days or weeks. The anniversary of the Brown decision was one such issue, as were the so-called math wars between proponents of constructivist and conventional math teaching, which Borsuk wrote about in depth in 2003.

One of the series that created the most ripples was "Inside Choice Schools," a seven-part report in 2005, fifteen years after Milwaukee launched the voucher program, detailing students' experiences at voucher-supported schools. Borsuk and fellow reporters visited all but nine of the 115 voucher-supported schools at the time -- all that would allow them in -- and described what they saw.

The schools ranged from excellent, he recalls, to "startlingly bad," such as one Christian school in a dimly lit church basement without classroom walls or any clear curriculum. Through interviews, the reporters found that Milwaukee parents generally want a school with a cozy feel and value this intimacy over teacher credentials. Borsuk wrote (with colleague Sarah Carr), "Parental choice by itself does not assure quality. Some parents pick bad schools -- and keep their children in them long after it is clear the schools are failing."

Since the series was run, most of the ten to fifteen terrible schools the reporters found have closed. The project earned Borsuk an appearance on National Public Radio's Morning Edition, and he believes it helps inform the ongoing discussion about vouchers, which has implications far beyond Milwaukee.

Borsuk sees no panacea for the struggles that plague schools in Milwaukee and cities across the nation. "I've certainly developed not too much patience for anyone who thinks there's an easy answer, because I've never found such a person who was right," he says. "I also, for reasons that I grant are maybe more matters of faith than evidence, think there are answers. My feeling on the gap is very strongly that it's not race. It's an outrageous thing to think we can't teach these kids, we can't succeed. I go in schools that are succeeding."

He adds, "Every school in Milwaukee has a banner on it that says, 'High standards start here.' It's the official slogan of the system, and there are a few schools where they actually mean it."