VIDEO: Martin Scorsese on the Importance of Visual Literacy 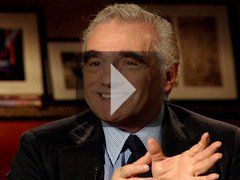 VIDEO: Martin Scorsese on the Importance of Visual Literacy

Editor's Note:The Story of Movies is "an interdisciplinary curriculum introducing students to classic cinema and the cultural, historical, and artistic significance of film." Designed to teach students how to "read" the visual language of film, it is a project of the Film Foundation, established in 1990 by acclaimed filmmaker Martin Scorsese and fellow film directors Woody Allen, Robert Altman, Francis Ford Coppola, Clint Eastwood, Stanley Kubrick, George Lucas, Sydney Pollack, Robert Redford, and Steven Spielberg. (The Story of Movies curriculum is available free to teachers for use in middle school classrooms via Web registration.)

In the course of making a video about The Story of Movies, Ken Ellis, GLEF's former senior video producer, interviewed Scorsese. Their conversation ranged from the importance of teaching visual literacy to violence in films to the preservation of classic movies, a central concern of the Film Foundation. The following observations by Scorsese are adapted from comments the director made during the discussion.

One of the things that steered me in the direction of visual storytelling was the fact that I come from a working-class family. My mother and father weren't well educated. They were second-generation Italian American. There was no tradition of reading in the house, no books. Of course I read in school.

I was a sickly child. I had very severe asthma, and I couldn't play sports, so I was taken to the movie theater and the church. Along with the films, I saw a lot of television shows. I was acquiring visual literacy at that time, though I did not understand that it was happening.

I loved books. But it took me years to really learn how to read a book -- in other words, how to live with the book, how to read a few pages, savor it, go back to it. I was much more open to whatever visual codes were hidden in films. What I mean by that is the storytelling of cinema through the use of the camera and the use of light, actors, and dialogue -- all the literature of the screenplay translated through the images.

The stories were wonderful in the films, but it was also the way of telling the story. As a young person, I started to wonder, Why is the way of telling the story so interesting? So what I began to do -- particularly because the films were on television and sometimes shown in repertory theaters around the city -- was, I would go and see my favorite parts again and again, and slowly but surely I began to memorize these visually, and sometimes I would make up my own visual interpretations.

I kept seeing the films again and again, and as I began to know a little more about filmmaking and what cameras did, I was beginning to understand that there are certain tools that you use and that those tools become part of a vocabulary. And it is just as valid as the vocabulary that is used in literature.

Why Visual Literacy Is Important

When I was in grade school, there was no attempt at teaching any kind of visual literacy. Today, our society and our world are saturated with visual stimulation. The visual image has taken over, in a sense, for better or for worse. But the reality is that if one wants to reach younger people at an earlier age to shape their minds in a critical way, you really need to know how ideas and emotions are expressed visually. Now, that visual form can be video or film, but it still has the same rules, the same vocabulary, the same grammar.

The grammar is panning left and right, tracking in or out, booming up or down, intercutting shots, lighting, the use of a close-up as opposed to a medium shot -- those types of things -- and how you use all these elements to make an emotional and psychological point to an audience.

You have to make room for film in curriculum. What you are doing is training the eye and the heart of the student to look at film in a different way by asking questions and pointing to different ideas, different concepts. You're training them to think about a story that is told in visual terms in a different way, and to take it seriously.

It is so important, I think, because so much in today's society is communicated visually and even subliminally. Young people have to know that this way of communicating is a very, very powerful tool.

In the world I came from, the world I knew, violence was a valid form of expression. That's the human condition, and it's tragic and it will do us in as a species if we don't learn about it.

I have always had difficulty with how to show violence in a picture. Its meaning depends on the world you're depicting, it depends on the audience you're aiming for, and then there's the issue of your responsibility to the story. When it came time for me to make movies, I knew my films were not going to be for children. I knew they would never be shown on television, and if they were they would be edited. I wouldn't want them shown at six o'clock at night or eight o'clock at night for a child of mine to see.

When Mean Streets and Taxi Driver were shown on television, they were edited. When cable started, that became another issue. Cable was a service that you paid for, and you got the complete film. Still, a picture like Taxi Driver or Goodfellas should be shown at ten o'clock or twelve o'clock at night. There is a responsibility on the part of filmmakers to make sure that certain kinds of material is restricted from viewing by younger people.

The language of cinema was created here in America. Cinema is the American art form, but film itself is so ephemeral and perishable, and the form is changing all the time. For example, Mr. Smith Goes to Washington was shot in 35mm to be shown on a big screen in 1939. Now it can be looked at on an iPod. Is that the same film? I have seen a lot of great films on a 16-inch television, and now they're watching on computers and iPods, but it's important not to lose track of the original intent of the original film and the filmmakers.

I think films from the past will speak to young people. It's up to their generation to preserve the body of work of the past one hundred years of cinema.