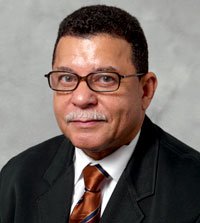 The battle lines between fans and foes of alternative teacher-preparation programs are drawn hard. Educators on one side argue that only a traditional, university-based regimen can prepare people for the demands of teaching. The other side contends that teaching skills are best learned on the job, not through an extended stay in academia.

Beneath the battle lies this truth: A good teacher is the most important asset in a child's education. This axiom is especially true for children with the fewest other resources, such as those in the poor, urban areas where I worked. Sadly, most teacher-preparation programs, whatever their variety, are in serious need of improvement.

So, if alternative and university-based programs are here to stay -- and they are -- we must set aside the debate and work to ensure that both pathways succeed. Teachers-to-be need hands-on practice, good mentoring, and, above all, experiences designed to help them serve the poor children of color teacher-education programs have ignored for so long.

A Poor Pipeline for Urban Schools

Alternative routes, typically less intensive than degree programs at schools of education, evolved because struggling schools needed the teachers these new programs would produce -- and the need is still there. However, neither alternative programs nor traditional ones have always done a good job of preparing teachers for these schools.

I experienced this challenge firsthand when I worked as an instructional leader in urban schools and districts from 1986 to 2003. Attracting and retaining highly effective teachers was a constant front-burner challenge there. Race and class mattered.

From my interactions with teacher-educators and student teachers, I could sense that certain university-based programs shunned urban education. I encountered professors and supervisors who, fearing for their safety, resisted or refused assignments to work in city schools. I had to deal with requests for preferential parking, concerns about attending evening events, and other coded-language messages intended to communicate a lack of comfort with working, or having their students work, in urban schools.

Prospective teachers in these "gated" universities generally had little knowledge of urban schoolchildren and were not prepared to serve them well. Clearly, providing good teachers for all children was not the focus of these programs.

I remember how grateful my colleagues and I were for the few preparation programs that didn't fear our schools, our children, and their families. Unfortunately, there were not enough "all"-means-"all" schools of education to supply the demands in "hard-to-staff" schools and districts -- "hard to staff" being proxy language for schools that serve a high concentration of poor children of color and struggle to eliminate historically low rates of performance.

Staffing problems in schools such as ours spurred states to advance alternate routes for teaching certification, and these paths became the regularly traveled ones for teachers at urban school districts across my home state of New Jersey. The majority of teachers who completed alternative programs and had no teaching experience found their way to our urban classrooms.

In the early years, alternate-route preparation was painfully inadequate. Teachers-to-be received little or no coaching. Adjunct instructors or whoever was available to make a few extra dollars would teach them. Many of the graduates struggled with such essential tasks as classroom management and preparation for high-stakes testing. Children with the greatest need for good teachers did not receive the instruction they required to flourish. The alternate-route solution provided quantity but failed on quality.

Fortunately, professional and advocacy groups have campaigned to raise standards and focus attention on the crucial induction phase for new teachers, and both alternative and traditional programs are the better for it.

Wheelock College, in Boston, Massachusetts, for one, links preparation with what teachers in today's classrooms are expected to know and do. The undergraduate program reinforces that link each year and culminates with a two-semester practicum. At least one of the student-teaching experiences is in an urban school with diverse students. Rigorous programs such as Wheelock's, which embrace the responsibility to prepare teachers to serve all students, are making a difference. Still, too many schools of education maintain the old "gated" ways. We need to keep working to spread better practices to more universities.

I'm also encouraged to see changes in alternative programs in some states and large urban districts. The NYC Teaching Fellows program, for example, emphasizes expert knowledge by helping fellows pay for master's degrees in the content area in which they teach; participants also get opportunities to work with, observe, and learn from experienced teachers. Another model program, the Boston Teacher Residency (which Edutopia has profiled), places residents with mentor teachers for an entire school year. These programs stand out because they combine course work with hands-on training by veteran teachers in real schools.

The debate over the merits of university-based teacher preparation versus alternative programs will go on in perpetuity among researchers, advocates, and critics. The reality is that pathways for teacher candidates will continue to be diverse, and many teachers entering through alternative routes will keep finding their way to urban classrooms. We are challenged to act on this knowledge by improving both types of preparation programs. The pathway should ultimately become less important than the ability of new teachers to begin their work with the knowledge and skills they need to succeed.

Larry Leverett is executive director of the Panasonic Foundation and former superintendent of schools in Greenwich, Connecticut, and in Englewood and Plainfield, New Jersey.