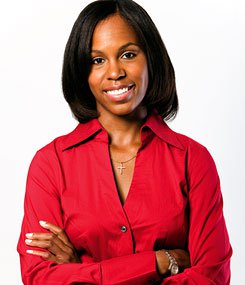 Just ask Kimberly Oliver. Oliver, the 2006 National Teacher of the Year, is a bright and earnest kindergarten teacher from Silver Spring, Maryland, who believes in the power of a personalized education -- one tailored to the needs and skills of each student, no matter how small. It's a feeling reinvigorated within her at the beginning of each school year, given the wide-ranging academic and social skills of the typical incoming kindergarten class.

Just as importantly, Oliver believes that it takes not only a village to raise a child, it takes compassion, too. The twenty-nine-year-old grew up in Wilmington, Delaware, with the support of a stable and loving family. Not all her friends were so lucky, though; poverty and broken homes were common. As Oliver worked her way into college-prep and then Advanced Placement classes, many of her needier friends slipped academically, settling for remedial courses, where they performed poorly. Oliver wondered, "What if I were a disadvantaged student? What if my friends possessed the advantages I had?"

She ponders that same question every day. At Broad Acres Elementary School, where Oliver has taught kindergarten for six years, nearly nine in ten students qualify for free or reduced-cost meals; three-fourths speak a language other than English at home. Her vision of how to serve these children, however, is far more nuanced than the national drumbeat for equity often sounds. "Equity to me does not mean that each student receives the same instruction and completes the same task," she wrote in her application to be National Teacher of the Year, a contest run by the Council of Chief State School Officers. "Rather, I believe equity in a classroom means that each child receives exactly what he or she needs to move forward."

She explains this concept to her students using the old story of Goldilocks and the Three Bears: Each bear in the story needs and likes different things, just like students in the class do. As the bears' porridge might be too hot, too cold, or just right, so might the children's schoolwork. "It is my responsibility to help each of my students find learning activities that are 'just right,'" she says.

In class, she coordinates the work to address student individuality: One young girl arrived with no prior schooling and knew little English, so Oliver began teaching her the letters of her name. A boy had a full year of preschool, so she set about teaching him to read and write high-frequency words.

"I really try to build relationships with my students and get to know them as individuals, and that comes into our lessons," says Oliver. "If my students are excited about something, then I'll include that in my lesson plan, just to engage them. If they have certain social skills they need to work on, I'll include that, too, and we'll do a lesson on how to ask someone to play with you or how to say, 'Excuse me' or 'Thank you.'"

Jerry Weast, superintendent of the Montgomery County Public Schools, says the unprecedented achievement of Oliver's students -- remember, these are kindergartners -- was a catalyst for revamping the entire school's instructional program and boosting the academic rigor throughout. With leadership from Oliver and others, Broad Acres has risen from the brink of state intervention in 2000 to achieve consistent success on standardized tests.

"When I first began, my school district was moving toward a more rigorous curriculum, so the expectation was that kindergartners would begin to read by the end of the year," Oliver recalls. "There were many people who thought it wasn't possible. As a new teacher, I just didn't know it was that controversial. I had a great team, and they were very open to the idea -- we knew our children could achieve it, and they did."

For parents, many of them immigrants, Oliver makes an effort to demystify the sometimes intimidating institution that is an American school. She calls parents early in the school year to tell them what's good about their children, recruiting them into a partnership before any trouble might arise, and she seeks diverse ways they can become involved in their students' education. Four times a year, she helps organize Books and Supper Night, where families are invited to school to sit in cozy nooks and read books together before sharing a communal dinner. The event showcases students' accomplishments in literacy -- and, the teachers hope, encourages reading in the home.

"I've learned that I can't really box in what parent involvement looks like," Oliver says. "Some parents are not going to be able to come in and volunteer in my classroom during the day. It doesn't mean they're not concerned. Once I came to that conclusion, I found that pretty much every parent I've ever dealt with has been interested in what their student is doing and supportive of what I'm trying to do as their teacher."

Ernie Cadet, the mother of two boys who have been Oliver's students, said she initially felt scared to volunteer in school because of her limited English. Oliver encouraged her, however, so she chaperoned field trips and worked with bilingual students who speak Creole. She still volunteers in school, although her sons have grown. "I told Ms. Oliver she is our 'family teacher,'" Cadet wrote. "You know, sort of like a family doctor."