Eva Klingenschmid teaches with the kind of high dedication that seems perfectly appropriate for the school where she works, in the tiny village of Spiss, high on the steep slopes that flank the snow-capped peaks of the Austrian Alps.

She sits in front of a school bench, facing two first graders, Gina and Patricia. The girls are learning to read, and Klingenschmid shows them word cards, using a practice in which the students have to read the word as a whole, then continue as letters are blocked out one after another until only one is left. The teacher is soft spoken and attentive, which suits the situation: There are six other children in the very small classroom with cluttered bookshelves, maps, crayon drawings, and colorful decorations hanging from the ceiling. While Frau Lehrer -- "Mrs. Teacher," as she is respectfully addressed -- talks to the two girls, the others work on their own on different subjects.

The methodology in this classroom in the Volksschule Spiss, a primary K-4 school, is a necessity: There are only eight children in the isolated village's school, and Klingenschmid, as the only full-time teacher, must instruct all grades with a system of short, direct teaching intervals in various subjects. "It works well because the group is small," she explains as she signals two kids roaming the class to return to their places with a quick but determined wave of her hand. She laughs, saying, "Of course, a high degree of discipline is required to make all this work."

The teaching concept used in Spiss, called Kleinschule (small school), allows the survival of schools in remote places. The unhappy alternative would be seemingly endless bus rides for the kids from their mountain villages to the larger towns down in the valleys, and in the winter many of the mountain roads are dangerous, if not impassible. Spiss is a perfect example of the kind of place the Kleinschule system serves best: At an altitude of 5,380 feet and with a total population of 140, it is officially the Austrian municipality with the highest elevation.

It would be easy to imagine daily school life in Spiss in clichés: kids in lederhosen running down the hills, à la The Sound of Music, completely oblivious about the world beyond the mountains. But the reality today is quite the opposite. Now, the power of newly installed broadband Internet gives these young students access to the most up-to-date educational resources. In many respects, out of necessity, the curriculum and teaching methods seem to be more high tech than in larger schools.

"I had to fight for the Internet with the school bureaucracy," Klingenschmid says while proudly showing off her four workstations. DSL technology won't be available until later this year, so, for the moment, Klingenschmid has to hitch a ride on the high-speed line used by the municipal government, which shares a building with the school. The fact that the mayor's son attends the school might have helped her request, she says.

The diminutive size of the town and its school pays off in another way. There is one computer for every two children, a much higher PC accessibility rate than the European Union's mandate of five to fifteen pupils per PC. This improved access means each student has plenty of opportunity to reach out to the wider world.

"The Internet changed everything up here," says Klingenschmid. Now, even the first graders get a chance to fetch information for some projects from the Favorites folder, within which are sites the teacher has collected and vetted. The third and fourth graders gather what they need for their projects by searching independently.

Even the youngest kids are learning English, probably even more intensely than elsewhere in Austria. At least one foreign language from first grade on is part of the standard Austrian curriculum, and in Spiss, the kids seem to be picking it up very quickly due both to Web sites in English and to Klingenschmid's direct teaching methods. They will need English later in life, because many people from Spiss work in the tourism industry at the spectacular ski areas of Ischgl-Paznaun nearby.

Along with the high tech and advanced teaching techniques that engage kids with the world, being in a setting as beautiful as any in nature offers its own special ways of learning. Weather permitting, Pia Dilitz, a part-time teacher at the school, will take the students on hikes into the mountains, where they can discuss global warming, a concern of increasing urgency, and observe its effects.

Often, the kids visit a local bauernhof (farm house) to observe how farming is done under adverse conditions, and to learn how people in parts of the world with equally challenging climatic extremes have survived for hundreds of years. And, of course, there comes a time when the snow falls and kids look longingly out the school windows. "Winters can be hard, but they're a special treat for the kids," explains Klingenschmid. "Nothing excites them more than to pack up their ski boots and their skis or boards and head to the lifts."

The school, founded in 1826, has had a long history of struggling against the forces of nature as well as a bureaucracy disinclined to keep high-altitude, isolated education alive. In 1950, students had to be moved to the nearby Customs House due to extreme avalanche danger. The difficult conditions caused some villagers to leave the mountains, and a declining national birth rate has meant that the number of students has dropped from thirty in 1967 to eight today.

Klingenschmid, a Spiss native herself, had to move to a boarding school at the age of ten. "After primary school, there were no further education possibilities nearby," she says. The fear is never far from her mind that one day, despite all her efforts, the school will have to close. "If nothing changes, we could have a real problem by 2012," she says. The rules are strict within the Austrian school system: There can be no school with fewer than five children.

Herbert Bauernebel is the U.S. correspondent for the Austrian daily newspaper Österreich.

As the World Learns > Bulgaria 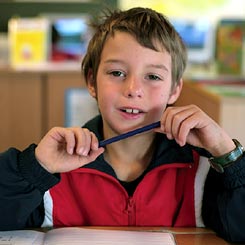 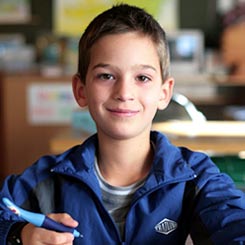 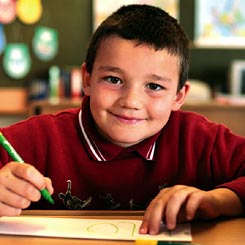 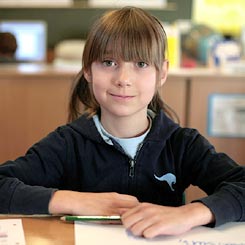 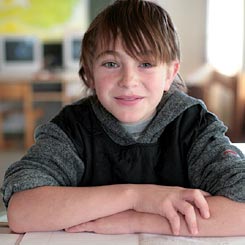 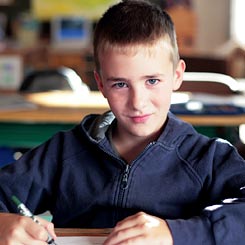 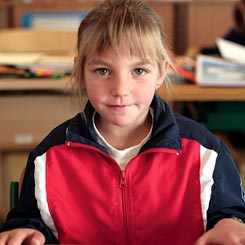