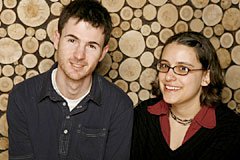 At first glance, Half Nelson's story sounds like one of Hollywood's most tired plot lines -- the one where the inspirational teacher changes the lives of his inner city students and learns a few things about himself along the way. A few minutes into the film, however, it's clear this is an entirely different kind of story.

Ryan Gosling plays a middle school teacher, Dan Dunne, with a drug problem. After one of his students, Drey, finds him with a crack pipe in a bathroom, the two build a friendship out of the rubble of the traditional teacher-student relationship. Writers Anna Boden and Ryan Fleck (the latter of whom also directed) say they picked up a few details from their observations of real-life teachers -- witness the rubber bands around Dunne's wrist -- but they explain that Half Nelson is about a character, not an archetype. Writer Amy Standen interviewed the pair for Edutopia.

Did you ever worry you were making another Dangerous Minds or Stand and Deliver?

Ryan Fleck: We didn't study those movies at all, but we've seen a few of them in the past. I think Stand and Deliver is a terrific movie -- it's just not the movie we were interested in making or the kind of character we were interested in exploring. And as soon as we decided to make Dunne a crack addict, we were pretty sure we were outside of the realm of the typical classroom drama.

Anna Boden: The spark for the movie wasn't to make a classroom drama or an inspirational classroom movie, or a classroom anything. The spark was the idea of this very complex, flawed character.

Have either of you ever taught?

AB: I worked in a public school for a year as a full-time tutor. It was something I definitely thought about wanting to pursue for a career. I'm impressed with people who can do it well -- really, really impressed. But it's not something I think I'm very talented at doing. I was good at being their friend, but I wasn't good at setting boundaries -- I don't mean I was driving kids home, not like that, but in terms of telling kids they couldn't do things.

Dunne does a lot of things -- smoking crack aside, even -- that would raise eyebrows among most teachers. But it wasn't always clear to me when, exactly, he crossed that line. Driving Drey home from school, for instance, felt very natural.

RF: We did a lot of research in writing this, and some of that was watching documentaries. One of those is called The First Year, about novice teachers in Los Angeles. There's this teacher who was giving students rides home, and it felt normal, like he was so active in their lives that he was going to do that if it would help them out, help them get to their homework quicker. I think part of what we were trying to do in the movie was to have these boundaries get crossed at times, so the audience might feel a little uncomfortable, but also root for these people to help them out. 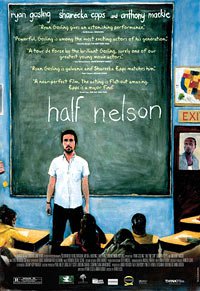 What kind of reaction have you had from teachers who have seen the movie?

RF: After every screening when we've done a Q&A, there have been teachers who raise their hands and say, "Thank you so much. You've really captured what it's like to be a teacher," and others who've said, "This is a disgrace to the profession of teaching. I can't believe you would make a film that features a teacher like this."

AB: Some people, and this is true of both teachers and nonteachers, feel like he's a really great teacher and he's really connecting with at least a portion of his kids. And other people see the same exact scenes and think he's a horrible teacher and totally disconnected from all the kids in the classroom. It's always interesting to me to see how people read the exact same information in totally opposite ways.

Which parts of the film do teachers seem to like?

AB: I think they like that a teacher is being portrayed as a human being, as opposed to someone who is not supposed to have a life and emotion and issues outside the classroom. Teachers are sometimes held up as, you know, saints, as if their only job is to take care of your children while you're away.

The kids' performances are so natural and unactorly. Was it hard to relate to teenagers well enough to write for them?

RF: No. I have the mind of an eighth grader, so it was fairly easy.

Click here to read one teacher's take on Half Nelson.