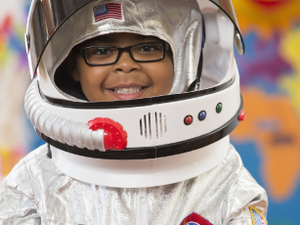 ©Gable Denims/500px
Although roleplay and simulation exercises in the classroom are an entertaining way of bringing history to life, it is too easy to regard them as stand-alone gimmicks to provide a little light relief to an otherwise tedious scheme of work. Even worse, it is easy to slip into the mistake of treating re-enactments and hot-seating activities as somehow frivolously incompatible with rigorous academic teaching: especially as students get older and the pressures of covering syllabus content increases.

A couple of years ago I therefore set myself the target of teaching some major units of Russian history in the International Baccalaureate syllabus entirely through roleplay, focusing especially on topics that students had found comparatively unengaging in previous years. Textbooks were put away, worksheets went back into the filing cabinet, and teacher-talk came off the menu. Instead, we all immersed ourselves in the topic by imagining ourselves back into the past as key characters in the story. We thereby explored some of the key events, debates and developments as they unfolded over time. This approach was a radical departure in itself, but the real challenge was to pursue it in a way that improved rather than undermined the quality and quantity of content coverage. At IB and A-Level, content is quite rightly king. Without it, meaningful opinions can neither be formed nor substantiated.

The most straightforward way to construct a roleplay-only teaching unit is for the students to adopt generic roles and for the teacher to be the only person to adopt the role of a specific character. This involves minimal preparation for the students and keeps things tightly structured. For example, a study of Tsar Alexander III is framed around the question as to whether he was more of a reactionary than a reformer. So my approach is to adopt the role of the Tsar, whilst the students merely have to imagine themselves as nameless ‘ministers’ – half of whom should always aim to provide ‘progressive’ advice, whilst the others should be ‘traditional’ in outlook.

I start by introducing myself as the new Tsar and remind my ‘ministers’ that I have come to the throne as a result of my father’s assassination by terrorists. I immediately chair a debate between the 'reformers' and the 'reactionaries' on the subject of whether my coronation speech should pledge revenge for my father’s murder, or strike a more conciliatory tone - maybe even offering an amnesty to the killers. I also make the point that at the time of his death, my father was planning to call a new parliamentary assembly: should I announce that this is still going ahead, or not? Finally, what title should I give to my coronation speech? After talking the issues through and hearing the arguments for and against the different options available, I thank them for their input and read out the actual coronation speech that I have decided upon, which I have titled “The Manifesto on Unshakeable Autocracy”. This is the point when students busily take notes about the issue at hand, the decision the Tsar took, and their judgement about whether this policy suggests he was a reformer or a reactionary. This format is then repeated for other key policies, with homework time used to write up findings and to conduct research relating to the issues due for discussion at the next ‘meeting’.

Roleplay is even more ambitious and academically rewarding when it requires each student to take on the role of a specific historical character for several lessons, and the teacher takes more of a back seat. This approach enables students to get an exceptionally sophisticated understanding of historical causation and change over time: the interplay and respective contributions of different individuals to the unfolding of events is brought alive in a particularly vivid way.

For example, in our investigation about how successfully Lenin ruled Russia between 1918-1924, each student takes on the role of a different member of the government (Trotsky, Lenin, Kamenev, Zinoviev, Stalin and Bukharin form the core of this group). As an initial homework task, each students researches 'their' position on key issues facing the new Soviet state – for example whether they favour an immediate end to the war, working with other parties and employing terror as a means of control. In the lessons, I take the role of President Kalinin, acting as chairperson. Each lesson then works through issues "as they arise" between 1918-24 in a similar format to the study of Alexander III, but with the added benefit that the discussions are not merely generic arguments for and against different policy positions, but sometimes a five-way argument between key characters using genuine quotes from their own writings on the issue. As Lenin's decisions on issues are revealed at the end of each discussion, students can make detailed notes not just on 'what happened' but on how controversial these decisions were and how far Lenin was abandoning his communist ideology in favour of pragmatism.

Perhaps most importantly of all, the roleplay approach allowes students to appreciate that the question of Lenin’s success or failure works on an assumption that Lenin was actually the key decision maker in this period – one which is increasingly questionable as his health deterioriated (in later roleplay sessions, Lenin is unable to speak as he is ‘recovering’ first from an assassination attempt, and then from a series of strokes).

The Rise of Stalin (using a large bag of sweets)

The Lenin roleplay led neatly into our next topic of study by helping students to understand the nature of the different splits in the party which Stalin exploited to such devastating effect. For this study of Stalin’s rise to power, I adopted another approach again. Five students take the role of key members of the Politburo at the end of 1922 who could feasibly have taken power after Lenin’s death (Stalin, Trotsky, Bukharin, Kamenev and Zinoviev). Prior to the lesson each one prepares a short speech explaining why they are the best person to lead the Soviet Union.

In the lesson, the five candidates sit at the front of the class whilst the rest of the students form the audience. A large bag of sweets is split between the audience members and then the five campaign speeches are delivered as persuasively as possible. When the speeches are over, each member of the audience splits his or her sweets between the candidates in proportions to reflect the respective political strength of each individual, explaining their reasoning to the rest of the class as they do so. Each candidate counts the sweets they have and we record this in a spreadsheet. Then, I outline the first key event that takes place: Lenin’s funeral, and in particular Trotsky’s failure to attend and Stalin instead delivering the funeral oration. We discuss whose reputation will clearly benefit from this, and whose will suffer, after looking more closely at the details behind these developments in the form of primary source readings and video clips. After discussion, one student is nominated to decide who should lose sweets, how many they should lose, and who should gain them. The new numbers are added into the spreadsheet along with an explanation. This process is repeated to cover subsequent key events until Stalin is left in an unassailable position in 1929. The students then convert the spreadsheet into a graph to spot the key turning points, and categorise the key causes for Stalin’s rise to provide the basis of an essay.

The most complex roleplay approach I have used is designed to teach political ideology rather than key events. My ‘Marxism through arm-wrestling’ unit not only provides an essential ideological introduction to a proper understanding of the 1917 October Revolution, but also helps students to form their own judgements about the respective merits of left- and right-wing ideas about how society and economy should be organised. Students act out a roleplay over several rounds which is deliberately designed to illustrate the Marxist conception of how free market economies function.

Each student starts with an initial amount of capital (sweets), but through rounds of arm-wrestling and games of 'split or steal', students can gain or lose capital unfairly and inequalities quickly emerge. Thereafter, each of the wealthier ‘bourgeois’ students is given the opportunity to increase their capital by engaging in production – they ‘buy’ some paper and scissors from the teacher and employ members of the poorer ‘proletariat’ to cut this into neat circles (proletarians who demand the highest wages end up being unemployed and leaving the game, a rule which means that wages are kept low). The teacher will buy a certain amount of the goods that come out of each ‘factory’ (as long as they are of a decent quality) on a ‘first come, first served’ basis. This ensures that the bourgeoisie demand more and more from their increasingly disaffected workforce. This process is repeated over several rounds, with subtle twists each time: for example, factory owners can confer and discuss a wage strategy to keep wages down (in other words, create a cartel); the teacher can offer a credit system at a low rate of interest (to encourage entrepreneurialism); workers can form a 'trade union' with a nominated representative to negotiate with the owners, or pool their resources to create a 'strike fund' that all members can draw from. As the game proceeds, attempts to maximise profits drives down wages, discriminates against smaller traders and generally creates a class of disaffected, exploited proletarians.The outcome of the unit is that each student produces a 'Beginner's Guide to Marxism' that they can refer back to at different points in the course. In subsequent lessons students produce a critique of Marxism, produce a defence of capitalism and thereby form their own independent judgment.

Links to these activities:

Russel Tarr, The Rise of Stalin - A Sweet Roleplay Exercise (Available at: http://goo.gl/ayFDsP)