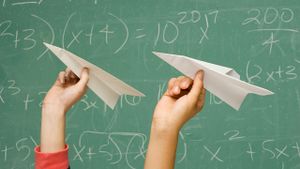 Photo Credit: © XiXinXing/500px
Children with challenging behaviors have been assigned many different labels, including naughty, unmotivated, willful, disrespectful…the list goes on. In schools, students who display challenging behaviors test the patience of the faculty, administration, and their peers. Exclusionary discipline practices have stigmatized and isolated these students, and these practices have provided little information about the root cause of the challenging behaviors. The movement towards classroom-based, teacher-driven skill building in the area of emotional learning represents a significant paradigm shift for many teachers. At Bagnall Elementary School in Groveland, Massachusetts, we are seeing improvements in student behavior as we begin to utilize the Assessment of Lagging Skills and Unsolved Problems (ALSUP), the assessment component of Dr. Ross Greene’s Collaborative & Proactive Solutions (CPS) model.

“Go to the office!” This is a command that everyone has heard with great frequency in schools. This approach for addressing challenging student behaviors often strains the relationship between the teacher and student, embarrasses the student, and gives the student no information about how to improve. When the student arrives at the principal’s office, they are often angry and crying, and begging not to return to class. Now we have an additional problem to solve: rebuilding the relationship between student and teacher. Similarly, yelling at and shaming students who are “misbehaving” can create the illusion of behavioral improvement when the child stops the problematic behavior, at least for the moment. However, all of these approaches do not tell us anything about underlying causes.

Many schools are abandoning the ineffective disciplinary practices of the past and moving towards a collaborative approach to involving the student him/herself in developing a plan. At Bagnall Elementary, faculty and staff have recently been trained on the use of the ALSUP. The training represented a new framework for many faculty members who had prior experiences with approaches such as “zero tolerance” and progressive discipline. Despite the paradigm shift, we are experiencing some initial successes. Rather than focusing on identifying a student’s challenging behavior, the ALSUP instead helps caregivers identify the problems that are causing those behaviors, along with the lagging skills that are contributing to those problems. This sets the stage for the collaborative and proactive solving of the underlying problems (rather than mere modification of the behaviors).

A kindergarten teacher at Bagnall, Shannon Campbell, has experienced some initial success with using the ALSUP. She has collaborated with the school psychologist, Kathy Parker, to complete the ALSUP for a few students, and it has had a positive impact for those students as well as other students. The ALSUP served as a helpful guide for focusing the conversation about behaviorally challenging students to be solution-focused, rather than purely based on deficits or weaknesses. Shannon said, “The process helped me focus on the ‘why’ of a student’s presenting behavior. It shifted my focus from eliminating the behavior to helping the child learn the skills he needs to be successful.” This shift in thinking, although subtle at first glance, is actually significant, and it opens up many more possible inroads to solving problems and teaching lagging skills.

Once the lagging skills were identified, Shannon and Kathy worked together to design whole class lessons to teach the skills identified in the ALSUP. The skills for the identified students were lagging for most students to varying degrees. The related lessons, which involved role-playing and the use of targeted language aimed at skill-building, helped to promote positive behavior for all students in the class. Shannon remarked, “I was amazed by the results I observed after completing the ALSUP and shifting my focus from eliminating the behavior to solving problems and teaching lagging skills. It took a few weeks to begin implementing the lessons and to infuse the new language, but the time spent was well worth it.”

The positive impact went beyond behavior, and positive changes were noted for academic outcomes as well. Shannon commented, “The behavior of the identified students improved immensely, but one thing I didn’t expect was how their ability to learn was transformed. They made huge academic gains in a short period of time since we changed our approach. It was as if the students could finally focus on learning.”

Kathy described the impact of the ALSUP in similar ways, and said, “The ALSUP helped us focus on the ‘why’ and ‘when’ of the students’ behavior, which helped us decide what explicit instruction should be emphasized to further develop and build on skill development and strategies. Using the ALSUP takes a little bit of time, but I have found that it will reduce the amount of time spent on trial and error approaches.”

Some of the lagging skills identified through the ALSUP include:

Finally, the collaborative component of the ALSUP can help to involve students and their families in the development of interventions and strategies. Kathy said, “I have found that the collaborative approach of involving the student, faculty, and parents together in brainstorming solutions to arrive at a plan of action has helped students to become more invested in and responsible for their behavior, and it is a much more proactive approach when compared to traditional approaches.”

We are experiencing some initial successes with the use of the ALSUP and CPS. The simple, one-page instrument is free and available for use by parents and educators to provide a lens through which to view challenging student behaviors in order to make strategic decisions about how best to support problem solving and skill development of our students.