Halloween is a magical time of year. Ghosts and goblins wander the streets in search of candy and mischief. Halloween revelers celebrate the supernatural. School children color pictures of witches, gross each other out with mystery boxes containing brains made from noodles and boiled-egg-eyes, and play mad scientists creating bubbling beakers of goo. It is great fun...and my goal with this post is not to kill that fun! 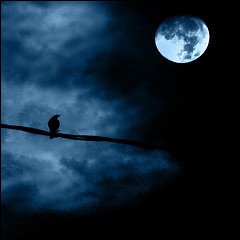 A few days ago, I received an e-mail from a commercial science supply company with a list of neat Halloween "experiments." I couldn't help but be irritated as I read through the directions. Sure, they were fun activities, but experiments? Nothing was being tested. The explanations claimed that the reactions were "magical." They are shallow activities that horribly misrepresent the process of science. I should let it slide because it is Halloween. However, the reality is that I run across these types of "experiments" from commercial vendors and web-based lesson collections almost daily. Textbooks portray the "scientific method" as the one way that all scientists explore the world -- moving cleanly from asking a question, to experimentation, to making a conclusion.

If we want our students to think like scientists, we need to explicitly teach the nature of science. Jerrid Kruse, a science educator and Drake University, states:

The Nature of Science (NOS) is not something teachers should teach, it is something teachers DO teach.  Teachers who are not actively trying to teach nature of science concepts accurately are not simply ignoring NOS, they are likely implicitly teaching inaccuracies about NOS. For example, a teacher who uses cookbook laboratory procedures is teaching students that science is a step-by-step process.  Or, consider a teacher who consistently uses the phrase "the data tells."  This teacher is painting a deterministic picture of science in which scientists are objective arbitrators between data and truth. Instead, we ought be having students developing their own procedures whenever possible and carefully considering how our language in the classroom sends powerful messages about what science is and how science works.

Teaching the nature of science moves beyond the simplistic scientific method and seeks to portray science more authentically as a creative, social process of understanding the natural world.

The movie, The Gods Must be Crazy, opens in a documentary style describing the culture of a tribe that has remained isolated from "civilization." They explain the sound of airplanes as the rumbling of the gods' stomachs, complete with evidence of the gods' passing gas.

Tom Clark, Director of the Center for Naturalism writes, "As scientific understandings have matured, many features of the natural world that were thought to be explainable only by some supernatural agency have lost that attribute. Thunder is no longer considered as the sound of galloping stallions ridden by the gods of the Pantheon."

This aspect is central to understanding science and separates science from other ways that we seek to understand our world.

Almost every science textbook starts with a chapter on "The Scientific Method." The scientific method is usually defined as a series of steps - Problem, Hypothesis, Experimentation, Observation, Conclusion - that grossly simplify the scientific process. Berkeley's Understanding Science website explains:

An experiment is one specific way that scientists seek to test ideas, but it is not the only way. An experiment seeks to uncover the relationship between variables by observing the affect of manipulating one aspect of a system while keeping the others constant. Other ways of testing ideas include identifying patterns, classifying, longitudinal observations, and modeling.

Science is a Social Endeavor

Science is not done in isolation from society. It is an activity that is impacted by and has an impact on society. Many textbooks and popular accounts of science discoveries simplify the process by highlighting an individual instead of the group. The perception of a lone scientist working in isolation is rarely accurate and damaging to students' attitudes towards science.

Earlier in this post, I quoted Kruse cautioning against portraying scientists as arbiters between data and truth. Instead, the scientific process requires creativity and intuition. Project 2061's groundbreaking book, Science for All Americans, states:

The use of logic and the close examination of evidence are necessary but not usually sufficient for the advancement of science. Scientific concepts do not emerge automatically from data or from any amount of analysis alone. Inventing hypotheses or theories to imagine how the world works and then figuring out how they can be put to the test of reality is as creative as writing poetry, composing music, or designing skyscrapers. Sometimes discoveries in science are made unexpectedly, even by accident. But knowledge and creative insight are usually required to recognize the meaning of the unexpected.

Teaching the Nature of Science

There are many resources available for helping students deepen their understanding of the process of science. It is important to make these aspects of science explicit to our students. Kruse suggests:

Black-box activities are a great way to introduce NOS ideas.  When solving puzzles, students don't have to be concerned with difficult science content, so they are better able to reflect on their process.  Importantly, we must encourage our students to reflect on their process.  Asking questions like "How did you use creativity to solve this puzzle?" and "How do you think scientists use creativity?" are necessary to focus student thinking on NOS ideas.

Our consideration of NOS cannot end with black-box activities.  When students conduct their own investigations (inquiry-based instruction), they should be encouraged to link their process to the strategies used with the puzzles.  By reflecting on their own investigations of the natural world, students are more likely to internalize NOS ideas rather than dismiss them as not reflecting real science.