For Earth Day, teachers can find an abundance of good project ideas to get students thinking more critically about the environment. But if your goal is to inspire long-term changes that really add up, maybe it's time to step up to the Cool School Challenge.

Schools that take the challenge are reducing the carbon footprint of their campus through classroom-by-classroom competitions. They're also saving tens of thousands of dollars annually in energy costs, proving that small steps indeed lead to big changes. But that's not all. The story behind the Cool School Challenge shows what can happen when teacher innovation becomes a sustainable resource.

Mike Town, environmental science teacher at Redmond High School in Washington, remembers exactly where he was when he had the flash of inspiration that became the Cool School Challenge. He and his wife were riding bikes along a favorite trail. During the ride, Town was thinking about then-Seattle Mayor Greg Nickel's green challenge to mayors across the country to reduce their city's carbon footprint by adopting the Kyoto Protocol locally.

"I kept wondering, how could I help?" recalls Town, who has spent three decades working on environmental causes. He's also someone who has spent his life in small towns. "I know, from being a small-town person, that the single-biggest stationary greenhouse gas source in cities of 10,000 or less is the local high school. If a city wants to sign on to this challenge," he realized, "the first place they should be looking is their local high school." His excitement increased as he imagined bringing students into the equation. "It's STEM education. It's relevant. It would save districts money. What a win this could be!"

Town stopped his bike and started talking through the idea with his wife, a junior high science teacher. For the next hour, they brainstormed everything from what Kyoto-like protocols for schools might look like to where they could find support to take this bold idea to scale. Their friends later nicknamed the place on the trail where it all began as "the million-dollar spot."

It didn't take long for Town to find a range of partners eager to support the idea so that teacher workshops and curriculum would be available for free. "Free is the only way to scale it up," he insists. With support from Puget Sound Clean Air Agency and others, he was able to develop a set of carbon-reduction protocols for schools, pilot test a curriculum, and launch a website. He rolled out the project with Redmond High students in spring 2007 and began hosting workshops for interested teachers from other schools. "From there, things kind of went viral," he says, including an invitation to present the idea to the U.S. Conference of Mayors.

Measurable data make the Cool School Challenge an easy sell. Through steps like turning off lights, turning down heat, recycling, and convincing teachers to carpool, Redmond High saves the district an estimated $40,000 annually on utility costs. The school's footprint has been trimmed by some 225,000 pounds of carbon dioxide.

Through the project, students learn about environmental engineering, data analysis, and other topics that put STEM concepts to practical use. The project website tracks results from schools across the country that have collectively saved more than 2 million pounds of carbon (and that's only from schools that have registered -- many more are unofficial participants).

The biggest surprise? "It's actually easy," Town says. "We say that we're teaching a new language, and that language is Carbonese. You learn that every action has a carbon consequence -- some are big, some are small. We want people to know that when you make decisions, the carbon consequence is quantifiable and has impact. You can lessen that impact very easily. Kids pick up on this quickly," he says. They also understand the multiplier effect of small savings being repeated across many locations.

The Cool School Challenge was recognized in 2008 with the Presidential Environmental Youth Award, earning Town's students a trip to the White House. In 2010, the project won the Green Award from the NEA Foundation. Town is spending the 2010-11 school year as an Einstein Fellow at the National Science Board and plans to return to the classroom in the fall.

Although Town appreciates the recognition, he is quick to point out that he is only one of many innovative teachers "who came up with an idea that has immense potential for scalability." He also knows that going from the spark of inspiration to the development of a scalable program is a serious challenge. "As a teacher, you have to make a choice. Either you leave the classroom to do the painstaking work of finding funding and doing workshops, or you take on a huge uncompensated burden," he says.

Town made choice #2, investing countless volunteer hours to bring the Cool School Challenge to life. "I know that are so many other teachers who have good ideas. But they don't know how to develop it or they don't have the time, and the idea just dies." (Listen to a conversation with Mike Town and other innovative educators on a recent episode of Teachers Teaching Teachers.)

What if there was a better way to take advantage of these bold ideas and make them sustainable? That's the next big idea that Town is contemplating. Stay tuned for updates.

Meanwhile, let us know if your school is taking part in the Cool School Challenge. What benefits have you seen? 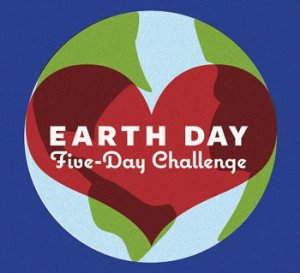