High school social studies teacher Emily Block had used design thinking in her classroom before, but wanted to take it one step farther and have her students learn by making. Through a course at Scarsdale Schools' Teacher Institute (PDF), Emily incorporated a maker experience into her practice and used design thinking to help her manage the process.

Emily began by identifying an area within her curriculum to redesign. She chose a unit which already took several weeks so that a maker project would not disrupt the pacing of her class. The design process allows students to grapple with complexity in a way that traditional forms of teaching do not, therefore World War I was an appropriate unit to redesign. The conflict was born out of a multitude of factors, it was not a fight between "good" and "evil" forces, and it did not resolve the balance of power in Europe. In addition, July 2014 marked the centennial of WWI, so the topic was relevant. Emily asked her students to create a memorial to commemorate the hundredth anniversary, thus joining the global conversation of remembrance. 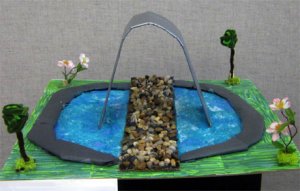 The first step of the design thinking process is empathy. If students were to be designing a memorial for others, then they needed to have a personal experience as a visitor. They were assigned to independently visit one New York City memorial and record their sensory experience:

These personal narratives provided a source of inspiration for students and also fostered a class discussion on memorials. There is something uniquely human about creating a physical marker to commemorate past events or individuals. Students discussed the importance of remembrance and how memorials -- often found in public spaces -- create a collective memory. To design a WWI memorial, therefore, each group would have to answer the question, "How should we remember WWI?" This driving purpose framed the class' study of the actual conflict, which was taught using traditional pedagogy.

When it came time to design, each group articulated its specific challenge statement. After reading different historical perspectives on the significance of WWI, group members settled on their interpretation of how WWI should be remembered. This was converted into a challenge statement: "How can we create a memorial that _______?" Each statement had to present a clear and focused purpose of the group's memorial as well as convey the emotion that people should feel upon visiting the site. Once the challenge was established, students generated design ideas and produced a prototype that they "pitched" in one to two minutes. Each pitch included:

To control the physical aspects of students' making, Emily collaborated with art teacher Lisa Yokana to establish constraints for the project. It was important that the finished memorials be attractive and distinctive, so students were allowed to select their own materials. The room had to accommodate 15 separate projects and storage for materials and tools, while remaining organized enough to accommodate other classes. The size of the memorials was constrained by the base: a 20 x 20" piece of heavy cardboard. Each group's materials were stored in labeled boxes which remained against the back wall. Several desks pushed against the walls became stations for hot glue guns and cutting (with cutting mats and X-Acto knives). To ensure safety, students followed simple rules: all backpacks went under desks to eliminate potential tripping; all cutting happened at the station where X-Acto knives remained.

Students were given four days to build in the classroom. This constraint required them to plan before building and work effectively with their team. Even with a set plan, students had to adapt as they manipulated specific materials and learned their limitations and properties. This kind of flexible thinking is at the core of maker projects. Students unable to adapt their thinking or overcome obstacles as a team did not finish and had to stay after school. While they were making, students were operating without direct instruction, leaving Emily free to observe groups at work, ask questions about their process and take notes and photos. This came in handy later when it was time to assess.

Finished memorials were showcased publicly, and groups presented their designs to the class. Students wrote individual reflections connecting their intent to design choices. Asked how the project helped them make sense of WWI, one student wrote:

I definitely felt a connection to WWI through the project. Creating the memorial. . . was a lot more meaningful than just reading words in a textbook, because we had to really think about the war's impact on society as a whole and how to display the emotions that came along with it.

Creating the memorials allowed students to make sense of the complexities of WWI and gain empathy for the period. As another student put it, the memorial project was "learning from the heart." 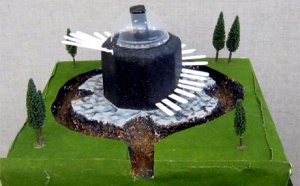 Have you used design thinking or maker education to help students learn from the heart? Please share in the comments below.