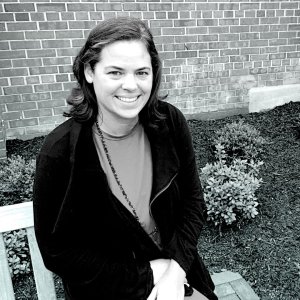 At the age of 3, Jessica North Macie’s daughter let her know it was time to start looking for schools.

“She wanted to read, to write, to be in the routine the school day offered that I didn’t feel day care did,” explained North Macie, a seventh-grade teacher and District of Columbia resident.

North Macie and her wife soon entered an exhausting process that continues to this day, more than five years later.

Their neighborhood elementary school wasn’t an option; it had closed several years earlier. Because many of the schools closest to their house were underperforming, the family began looking throughout the city for alternatives. Adding to the challenge, they needed a school that offered prekindergarten-3, prekindergarten-4, and kindergarten, along with before- and after-school care, given the parents’ work schedules.

They also wanted a diverse school where their adopted daughter, who is African American, “could see other students and teachers who were brown like her.”

We don’t know if we can continue to afford this apartment, but we’re willing to go smaller and sacrifice more to keep her in this school.

Entering the D.C. schools’ lottery system for the first time, the parents were optimistic. While they didn’t get any of their top choices, there was a spot at a recently opened charter school that they were interested in. But due to the school’s rapid growth and high turnover of staff, North Macie and her wife felt that the school was unable to support their daughter, who was later identified as having special needs.

North Macie and her wife kept their daughter at the school for the next three years, but each year they entered the lottery, hoping for a different school.

They had no luck.

“We felt the lottery was complicated and confusing, and discerning truly ‘good’ schools was elusive,” said North Macie, who was told by friends to game the system by using an alternate address or her influence to get into a school of choice. “There’s a perception that there are always spots. If you make a phone call, are a squeaky wheel, that there’s discretion and power in the principal’s hand.”

After kindergarten, the family decided their only choice was leaving their home to move into a small apartment zoned for a school they wanted.

More than a year later, they say they are “over the moon” with the new school’s good teachers, enrichment offerings, and diversity, but they have continued entering the lottery in the hope of one day moving back to their house.

“We had to say goodbye to being part of a neighborhood we lived in for 10 years. It’s hard not to have those relationships, but living in an apartment is not a hardship,” said North Macie. “We don’t know if we can continue to afford this apartment, but we’re willing to go smaller and sacrifice more to keep her in this school.”

Pregnant with her first child, Dieema Wheaton and her husband were focused more on finding a house for their growing family than on the local school system.

“All I thought was, ‘The baby is coming and we need a house, fast,’” she said.

Both born and raised in greater Los Angeles, the Wheatons bought a home in a small, quiet community near Los Angeles International Airport and the ocean. Wheaton’s second daughter was born 15 months after her first.

Uncomfortable sending their daughters to the neighborhood school, the Wheatons applied for slots at a local, well-regarded charter school, and requested (and were granted) transfer permits for both to attend the neighboring El Segundo school district.

No one is ever 100 percent satisfied, but if I had to do it over, I would do it exactly the same.

Wheaton’s older daughter got into the charter school, but her second daughter did not. Hopeful she could eventually get placements for both, Wheaton enrolled her daughters in different schools. She also gave birth to her son.

Shuttling the girls between two schools while caring for an infant quickly became a strain on the family, though, so the Wheatons decided to pull their older daughter out of the charter school mid-year to send her to the same school as her sister.

The challenges didn’t end there. As their son neared school age, the El Segundo permit process became very competitive, and the Wheatons started worrying that he wouldn’t get a spot like his sisters.

“I’m too much of a planner, too much of a spaz to find out days before school starts that my son can or can’t attend the school. I don’t like to operate like that,” said Wheaton, who decided it was best to move to El Segundo. “We moved to know we’re in, we’re done, we don’t have to run around anymore—the peace from that alone.”

After much searching, the family bought a home that realtors called “the perfect teardown,” which was zoned for the district they wanted, and they started renting out their old house.

Two years later, they remain very happy with the choice, though Wheaton’s husband now commutes more than an hour each way to his job.

“This is a much smaller house, and there are five of us crammed in here with two dogs, but we couldn’t be happier. I would blow through all of our savings just to live here,” said Wheaton. “No one is ever 100 percent satisfied, but if I had to do it over, I would do it exactly the same.” 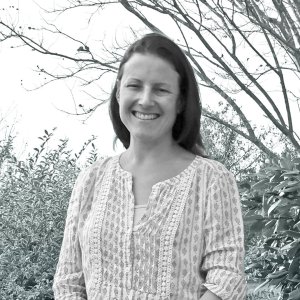 When her son was in preschool, Elizabeth Anderton, a part-time dietician and mother of three, was excited to learn that a new charter school was opening near the family’s home in Pitt County, located outside Greenville. The “not-so-cookie-cutter” structure of the school appealed to Anderton and her husband, so they applied and earned a spot for their son in the school’s first kindergarten class.

But during the summer before school started, they were abruptly told the charter school wouldn’t open that year.

Panicked, Anderton enrolled her son in their neighborhood K–8 public school, albeit with reservations: On a tour, classrooms seemed chaotic, and communication with parents was poor. The Andertons would have missed an important open house right before school started if they hadn’t happened across a Facebook post about it. When they arrived, the school didn’t have their son assigned to a classroom or even on the official roster.

The school year never improved from there.

I could not tell you who half the administrators were. I would have no idea who the principal was if I passed her on the street—she never acknowledged me, never smiled.

Because of the last-minute enrollment, Anderton’s son was placed in an overflow class that mixed kindergarteners and first graders whose ability levels spanned a broad range. Anderton was also not impressed by the school’s engagement with parents.

“I could not tell you who half the administrators were. I would have no idea who the principal was if I passed [her] on the street—she never acknowledged me, never smiled,” Anderton said. “It was just not the warm and fuzzy kindergarten I was thinking of.”

Looking for advice, Anderton got involved in a parent advocacy group, Parents for Public Schools (PPS), who helped her find another local elementary school with the “warm and fuzzy” feeling she was looking for. Just as important, the school was not too far from Anderton’s home and had plans to pilot a science, technology, engineering, and math (STEM) program—an interest area of her son’s.

Anderton applied for one of the open enrollment seats through the district’s lottery system, thinking she would homeschool her son if he didn’t get in.

To his parents’ relief, he was accepted, and is already much happier in first grade than he was in kindergarten.

While the Andertons are considering a move to ensure that their two younger children get spots at the school, for now, Anderton is just happy to have found a “better fit.”

“The administrators are out in the hallways and throughout the car and bus lines every day,” she said of the new school. “Every morning the children are greeted in the morning announcements with 'You matter, every day, in every way, in all that you do.’”

After college, Pam Laidley returned to her hometown of Novato, a suburban community about an hour north of San Francisco where “everybody knows everybody and community members look out for one another,” according to Laidley, who works as a coordinator at a health care center.

Laidley and her husband sent their son to a small Montessori school for preschool, where his teacher identified that he had speech and motor skill delays that could warrant special education services later on. Worried about his transition to kindergarten, the Laidleys kept their son in preschool for an extra year before sending him to his neighborhood elementary school.

In Novato, parents are assigned a neighborhood school but can also apply for a transfer to one of the seven other public elementary schools in town.

Looking back, there are so many things that I wish I would have looked at differently.

Not long after school started, Laidley began questioning her school choice when her son started anxiously chewing on his shirts and having outbursts in class. She approached the school about getting her son counseling and motor skill and speech therapy, but was told her son did not qualify for an Individualized Education Program (IEP), which would give him the legal right to services provided through the school district.

She continued to advocate for those services throughout most of his kindergarten year, but she was unsuccessful.

“Looking back, there are so many things that I wish I would have looked at differently,” said Laidley. “Each school here is unique in its own way, just like a child, so what may work for one child may not work for another.”

Frustrated, Laidley submitted the paperwork to transfer her son to another school for first grade.

She got a high number in the lottery, giving her son a good chance of winning a spot. But two weeks before school started, Laidley still hadn’t heard whether he’d been admitted and decided to take swift action—a move to live with her father-in-law across town so her son would have a guaranteed spot at another school.

The snap decision seems to have paid off.

Her son’s new teacher actively acknowledges his challenges and devotes one-on-one time to him in the classroom. He’s also now meeting regularly with a counselor, which seems to be helping. At her last meeting at the school, Laidley and the staff agreed not to pursue an IEP just yet, but to continue the extra supports and revisit the issue in 2017—a decision she’s pleased with.

“The past seven years have been a big challenge, and we’ve gone through so much,” said Laidley. “We are fortunate to have this opportunity at this school. So many parents don’t have an option.”