For Angelica Gauptman, the self-consciousness never seems to switch off.

“I am a 17-year-old who needs to lift up her shirt and look at her abdomen to see if it looks the same each time I pass a mirror,” she wrote in a July 2021 essay for the San Francisco Chronicle. “I am the girl who counts every single calorie I eat, and hates myself after bingeing on that single ice cream cone or a cookie that I’ve been craving for weeks... I am the teenager who tucks my chin into my shirt so that people don’t see my weak jawline.”

Gauptman isn’t the only kid so exquisitely attuned to the way her body is perceived by others, nor is she the only one trying to pull off a seemingly impossible trick: to appear and disappear at the same time. In a trove of new research and in numerous articles filed in publications like the New York Times, the Wall Street Journal, and The Guardian, kids as young as 9 or 10 years old are trying dangerous fad diets they discover on social media, and saying that cultural expectations around beauty and ideal body size are driving a desperate, often public game of comparison and body shaming. Like Gauptman, they feel compelled to show up—and anxious when they do.

But social media is only exacerbating the situation; the language of body shame and fatphobia has a long history, reigning as one of the most persistent and “widely accepted forms of discrimination,” explains Haley Neidich, a licensed clinical social worker and mental health counselor. As early as 2011, adolescents were reporting that weight-based bullying was one of the most commonly experienced forms of harassment, eclipsing bullying based on race, religion, or disability, according to Rebecca Puhl, deputy director of the UConn Rudd Center for Food Policy & Health. For kids with the highest body weight, Puhl says, “90 percent report they’ve been bullied about their weight. For most of them, it has been going on for several years, so it’s a chronic experience—and a chronic stressor.”

Within schools, the implications are both moral and practical. As more and more students grow up with the all-consuming feeling that something is wrong with the body they occupy, the consequences can range from toxic environments that marginalize the physically nonconforming to the prospect of classrooms full of students so anxious about how they look that learning itself is compromised.

Getting to the root of our own weight bias means unlearning harmful stereotypes. “Anti-fatness is purposeful and systemic and learned,” says middle school English teacher Cait O’Connor. Confronting the stigma around weight can begin with conversations about positive body image and student identity, as well as direct conversations that challenge the way we talk about, joke about, and think about our bodies. “We continue to let fatphobia slide,” O’Connor warns, “and that’s how it continues to live.”

Getting Ahead of the Problem

Size awareness and size shaming starts early and is evident in children as young as 3 years old, researchers have found. If left unchecked, it festers: By the age of 9, weight bias is as common as racial bias is among adults, reports Jane E. Brody for the New York Times. The findings suggest that efforts to confront weight bias should begin early—perhaps even in preschool—and then continue as bodies rapidly change through elementary, middle, and high schools. 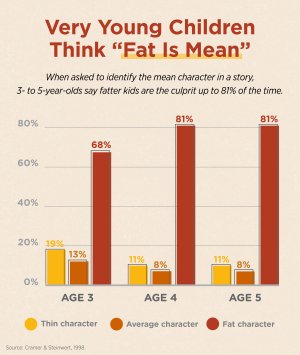 A good place to start is with an examination of the values entrenched in the language used by staff and students, says Health Ed Content Specialist Christopher Pepper. Jokes about larger people, nicknames that emphasize body size or shape, myths that link large body size with laziness, and even well-intentioned compliments about outfits or an acknowledgment of weight loss can signal who is accepted in school and who isn’t.

“Language evolution around body acceptance and around fat shaming is still in its early stages,” Pepper says. “Teachers need to get some practice about how to intervene when they hear fatphobic things in their classrooms, and how to do so in a way that’s truly supportive. Sometimes people intervene and end up accidentally reinforcing the very thing they’re trying to curtail.”

Extending the process into an audit of books, pictures, posters, and materials used inside of classrooms ensures there are a number of vehicles to reinforce positive body image messaging and affirm the identities of students in the classroom. 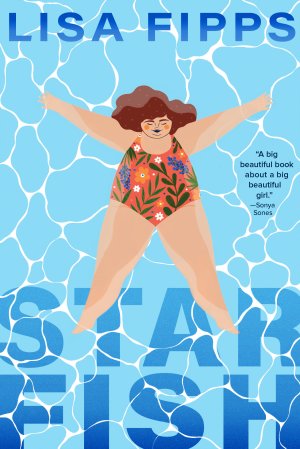 “Making a conscious effort to discuss books about size-diverse characters and infusing conversations around those experiences into students’ reading lives is really important,” O’Connor says. Try assigning books like Bodies Are Cool, by Tyler Feder (for young kids); Dress Coded, by Carrie Firestone (grades 5–7); or Dumplin’, by Julie Murphy (for young adults); or supplement your library with resources from the Ditching Diet Culture at School Digital Resource Library.

Incorporating more books that touch on size diversity and inclusivity, according to O’Connor, can start a ripple effect: "If one kid reads, let’s say, Starfish, by Lisa Fipps, and they’re really affected by it, they learn the language of how to talk about this stuff to their friends. The word fatphobia itself is in those early-grade-level texts and when they learn that language and see those words, it creates conversation and changes attitudes.”

To Change the Future, Study the Past

In the Tamalpais Union High School District, in Marin County, California, students take nutrition workshops that focus on the media’s role in distorting perceptions of body image. “We teach some of the basic science around food and nutrition first; then we talk about what students are seeing on social media, and we teach them to be critical thinkers as well as questions they can ask when they see certain messaging online,” explains the district’s wellness director, Jessica Colvin.

Outreach specialists like Danya Axelrad-Hausman lead workshops on topics like body image—highlighting the “social factors and systems feeding us the information we’re taking in about body image” and the origins of fatphobia. These sessions are used to train students as “peer educators” so they can support and educate other students in the school community.

“In the past, there’s mostly been focus on different signs and symptoms of eating disorders,” she says. “I’m trying to give more context about why we have such fraught relationships with our bodies and with food—how we got here, what we are contending with.”

Not too far away, in the San Francisco Unified School District, students are also learning to look at food and nutrition through a critical media-literacy-informed lens.

“If you are on YouTube, watch TV, listen to the radio, there’s lots of ads for food,” says Pepper. “Students should be thinking about who made these ads and what they’re trying to sell. You can talk about the tools that advertisers use to try and convince people that they should buy their products, and then have students create a positive alternative. If you were going to make an ad for your own favorite fruit or vegetable, what techniques would you use?”

In the past, advertising and health education relied heavily on guilt and shame as a tool, Pepper says. That’s something the district is actively trying to move away from.

“Students should leave the classroom with more knowledge than when they walked in, but they should not walk out feeling bad about themselves or bad about choices they’ve made,” Pepper says. “We want to give more information about all of the things that they encounter or are likely to encounter in their lives so that they can make good decisions.” 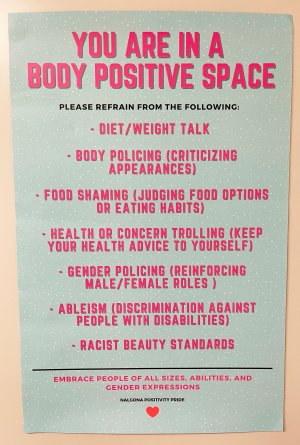 In order for schools to effectively support students of all body types, experts say, they must work to cultivate an identity-safe environment—one free from weight-related judgments.

Educational consultant Becky Cohn-Vargas suggests starting this process by introducing students to the concept of identity safety and inviting them to help “formulate schoolwide norms for respect, acceptance, and inclusion.” School leaders can update policies that prohibit appearance-related teasing and body shaming. Enforcing the policies vigilantly and providing support for students who may be teased, bullied, or harassed because of the way they look, their body size, their weight, or their shape is crucial.

While most state laws or regulations do require school districts to implement an anti-bullying policy—citing race, ethnicity, gender, and disability as common targets for bullies—body weight is often absent, Puhl explains.

“The fact that weight-based bullying is not commonly referenced in anti-bullying policy language tells us that this has not been adequately addressed,” she says, noting that when it is, “schools tend to have higher levels of teacher intervention, improved levels of student safety, and lower rates of bullying.”

Inside the classroom, identity-safety work begins with students feeling seen. Shana V. White, a middle school teacher in Atlanta, Georgia, asks students to create identity portraits. Students draw portraits of themselves—their head and shoulders—on a piece of paper and then draw a line down the middle of the face. On one side, students color in their skin tone as well as the shirt they are wearing, but on the other, White asks them to add in their visible and invisible identity markers, which can include attributes like race, ethnicity, gender identity, or body size.

“I put their projects on the wall, so they see them every day and know that all those identities are accepted in this place,” she explains. “It’s a really big growth point for a lot of kids, that they are able to be comfortable with who they are, and recognize and respect the identity markers of anybody.”

Of Subtexts and Subliminals

From the time that students enter school buildings to the time they leave, they encounter subtle messaging about their bodies, says O’Connor.

“The desk itself sends a message,” she explains. “If you don’t fit in this desk, you don’t belong here. And that’s a huge tell in terms of whose body is valued and whose is not.”

But the messaging doesn’t stop there. Weight bias and prejudice have the ability to infiltrate a classroom and hide—imperceptibly influencing the way students are perceived and treated, altering the teacher-student relationship, and in some cases negatively affecting educational outcomes. An increasing volume of research demonstrates that a student’s body changes expectations and attitudes regarding their performance in school. Students with bigger bodies are graded more harshly in subjects like mathematics, language fluency, and physical education, where they’re thought to have “poorer physical condition and exhibit inferior physical performance compared to their non-overweight peers” even before they’re given the chance to compete, the study suggests.

Students noticed that a lot of the policies applied only to female students and expressed frustration about inequitable enforcement. “There was a lot of talk about how some of the dress code policies really depended on who wore the clothing,” explains Ross. “If you’re a curvy girl, you might get dress-coded, but if you’re thin and wearing the same thing, you wouldn’t. Students talked about adults policing their bodies and the messages that we’re sending through the dress code as well, which was then changed.”