In her 17 years as a middle school social studies teacher in Nashville, Tennessee, Su Williams regularly encountered students who still struggled to read at a basic level, and nothing she learned in her teacher training or in her nearly two decades in the classroom prepared her to help.

“I learned in the classroom that what I was trained to do—Whole Language and Balanced Literacy—doesn’t work. That was an eye-opener,” she said. Without the time to teach her fifth-grade students how to read proficiently—or a thorough understanding of the biomechanics of how children learn to read—Williams kept focusing on the subject matter she needed to cover for the school year, hoping their reading would eventually improve.

It was an exercise in wishful thinking. “It was a really tough situation. I made the call to go for the content—that they needed to know about the Aztecs and the Mayans, not that they needed to be able to read the words Aztec, Inca, and Maya. But I think I did them a disservice.”

A turning point—and insight—came when Williams’s son was diagnosed with dyslexia. Inspired by both her own and her son’s experiences, she retired from classroom teaching to get trained in reading science and strategies to help dyslexic readers.

Williams’s pursuit of new training is becoming more common among educators who have found that what they’ve learned about reading science is limited or downright incorrect—especially when it comes to dyslexia, a disorder that affects as many as one in every five children. Though it is the most commonly reported learning disability, misinformation and myths run rampant among the general population and even bleed into schools. Most commonly, people believe that people with dyslexia transpose or invert letters when reading, when actually it’s a sound-based processing disorder. 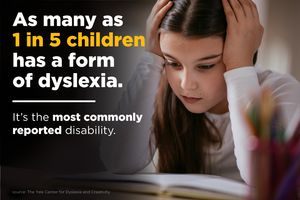 Teachers often work tirelessly to help these students, but families typically see little improvement unless they pay for costly tutoring services, which many can’t afford. Other children with dyslexia are never identified: some mask their disability by acting out in class or memorizing words to skate by. Many silently struggle—and continue to struggle with reading for the rest of their lives.

Without targeted interventions, children with dyslexia are unlikely to ever become proficient readers, which has significant long-term implications. The data shows that kids who can’t read proficiently by third grade are more likely to drop out of school—and chances are triple for students who come from a low-income household. Students with dyslexia in particular are more prone to depression and anxiety, which can be linked to the shame and stigma around not knowing how to read.

“It’s not hopeless. If struggling readers are given what they need, they can make gains and become more efficient and more effective readers,” said Williams. “It’s often that the intervention is just not available.”

The Science Behind Dyslexia

Unlike learning how to walk or talk, learning how to read is not an innate developmental stage of a child’s life—it’s a skill that must be acquired. When children learn how to read, several key regions of the brain connect together—regions involving recognizing letters, mapping letters to sounds, and comprehending words and meaning—to form a complex new circuit that’s primed for reading.

In typically developing brains, the circuit develops relatively quickly with traditional phonics-based reading instruction, and the act of reading becomes so fast that it feels automatic. But in the brains of individuals with dyslexia, characteristics of the brain work a little differently in key regions needed to build the circuit, according to Dr. Nadine Gaab, a researcher and neuroscientist at Harvard Medical School.

When individuals with dyslexia read, letters don’t jump around or flip backward—a widely believed myth. Instead, dyslexic brains have a hard time associating the right sounds to printed letters, making reading laborious and resulting in spelling that often feels like guesswork. Even after words can be sounded out, reading fluency and comprehension can be very slow and challenging, notes Gaab.

The disorder can take different forms. Difficulty with phoneme awareness, which involves letters to sounds, is merely the most common, but dyslexia can also manifest as a problem with reading speed (reading fluency) or as an issue with linking words together too slowly to fully understand sentences (reading comprehension).

Early on, a child with dyslexia may struggle to recognize rhyming patterns, for example, or make mistakes in reading that show no correlation to the letters on the page, such as saying “kitten” when the child sees the word and picture of a cat, according to The Yale Center for Dyslexia and Creativity. 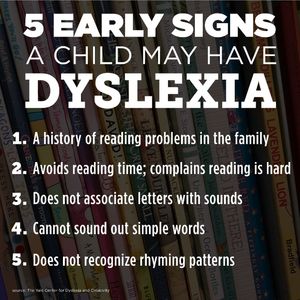 Because the reading circuit develops more slowly, children with dyslexia require much more methodical and repetitive instruction. Yet sometimes, elementary school teachers skip or minimize the crucial first step in learning how to read—a thorough understanding of phonics—and emphasize other aspects of reading, like “learning to love reading" instead, assuming that, eventually, children will just pick up reading naturally.

That doesn't work: The wait-and-see approach is really a wait-to-fail model, according to Gaab, and typically sets children with dyslexia even further behind, with serious implications for the rest of their lives. A quarter of children with dyslexia suffer from depression and anxiety, and a third also have ADHD. A 2000 study of Texas prison inmates found that nearly half of them had dyslexia, among other serious reading difficulties, and adults with learning disabilities are up to 46% more likely to attempt suicide than those without, according to research from the University of Toronto.

While dyslexia cannot be cured, there are early interventions that can help a child learn how to read—specifically, structured literacy, an umbrella term for multisensory, explicit instruction based on six specific language areas set forth by the International Dyslexia Association (IDA): phonology, sound-symbol association, syllable instruction, morphology, syntax, and semantics.

When teachers use this approach for beginning readers who show signs of dyslexia, “studies have shown that 50–90 percent of those kids will reach the range of average reading ability,” says Gaab.

Employing what are commonly known as the Orton-Gillingham, Wilson, and SPIRE methods, structured literacy takes a systematic approach that starts with teaching students easier concepts—like letter sounds and pronunciation (phonology)—before moving on to harder ones like syntax and semantics, or understanding how the order of words in a sentence makes meaning.

But many elementary school teachers, along with special education teachers, say they didn’t learn much about the science of reading in their teacher training programs and have had to seek out this training on their own after they started teaching.

Lindsay Peaster, a speech-language pathologist and special education teacher in Madison, Georgia, first went back to earn a PhD in special education so that she could teach struggling readers, but it wasn’t enough. It was not until Peaster signed up for the Complete Reading Series, a 65-hour course on the science of reading, that she really began seeing her students’ reading improve, she said.

Former teacher and creator Brenda Fitzgerald designed the intense, in-person training based on the structured literacy approach and the 1999 National Reading Panel recommendations, which emphasized the importance of explicit, systematic instruction in phoneme awareness and phonics that many classrooms are missing.

The series’ six modules teach educators how the brain learns to read, along with approaches that can help both normal readers and dyslexic readers become stronger readers, writers, and spellers. The course was just what she needed to connect the dots, says Peaster, and has made a significant difference for the students she works with. 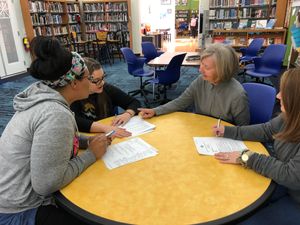 The Dyslexia Training Institute in San Diego, California, for example, now offers both in-person training and online training supported by human moderators. The 30–40-hour online courses, which include “What Is Dyslexia?” and “Overview of the Orton-Gillingham Approach,” among others, earn educators credits through the University of San Diego.

The nonprofit learning organization the Stern Center developed and launched an online coaching site in 2018 to accompany courses for educators on dyslexia provided by MindPlay. The center’s online coaching can take several forms, including a virtual meeting between a teacher and a coach to review student work, videos of classroom teaching, and online seminars where small groups of teachers collaborate.

Even though dyslexia training programs provide educators with the valuable information they need to help struggling students, experts agree that the key is getting educators the training earlier, while they’re still in school.

To ensure that pre-service teachers receive information on dyslexia and the science of reading, the International Dyslexia Association relaunched an accreditation program for colleges of education in December 2018—28 colleges currently meet the requirements—that doubles down on IDA’s 2010 knowledge and practice standards, such as understanding the structured literacy approach.

Inspired by their own experiences, educators and parents of children with dyslexia are also influencing change at both the state and local levels. Thirty-three states have now updated learning laws to include specific provisions for students with dyslexia. Under pressure from parent dyslexia advocacy groups, Arkansas has recently revamped its focus on reading instruction with new laws requiring dyslexia screening and better teacher training in the science of reading. And new legislation that just passed in Georgia will require every kindergartener to be screened for signs of dyslexia.

Since Lindsay Peaster took the Complete Reading Course in 2016 and began receiving mentoring from Fitzgerald, her students are now making impressive reading improvements, she says. All of her students in the 2018–2019 school year have increased their “fluency growth”—a measure of words read per minute.

Yet Peaster still thinks back to all the children she worked with over the years before her training, especially one student, who was undiagnosed with dyslexia. This past fall, while teaching at the nearby middle school, she ran into the student—and he was still struggling. Peaster is now giving him structured literacy several hours a week.

“I told him, ‘I didn’t know what I know now when I had you the first time. We’re going to make some big strides,’” she said. “I get a second chance with him.”