Pinning Roddy Biggs against a locker, a student whaled on him, giving him a black eye, fracturing his eye socket, and bruising his ribs. It wasn’t a lone incident for Biggs, who came out as gay to his Tennessee high school when he was a freshman.

“I didn’t really do the best in school because of it,” recalls Biggs, now 23, who says homophobic slurs, death threats, and shoves were commonplace. “I had depression and panic attacks and all that stuff along the way.”

Biggs can still remember the teachers who ignored the bullying or simply said, “That’s not cool,” and walked away. But there were also the educators who tried to help, like the science teacher who took him to the principal’s office after he was beaten and sat with him for more than an hour during class time. Oftentimes, though, the best efforts of teachers were stymied by district or state regulations that stopped them from doing much more. 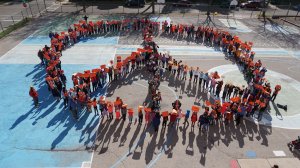 “Most of the educators wanted to help, but did not know how or were limited in what they could do,” says Biggs, referring to Tennessee’s lack of legislation preventing the bullying of lesbian, gay, bisexual, transgender, and queer or questioning (LGBTQ) students. Tennessee is one of 32 states that do not have such protections in place.

From cyberharassment to physical violence, bullying is a serious problem for many schools, but bullying LGBTQ students in particular is more likely to be ignored or mishandled by staff, according to recent research.

The researchers surveyed nearly 2,500 teachers and students across the country and found that teachers were less comfortable intervening with bullying due to sexual orientation and gender identity than with bullying based on race, ability, and religion. And while 83 percent of educators felt that they should provide a safe environment for their LGBTQ students—by displaying visible symbols of support or disciplining students for using homophobic language, for example—only half had taken action to do so, according to the Gay, Lesbian and Straight Education Network (GLSEN), an organization that helps K–12 schools create safe environments for LGBTQ students.

This lack of support for LGBTQ students stems from a variety of causes.

Some teachers reported feeling uncomfortable talking to their students about sexuality due to their beliefs or perceptions about what’s appropriate—often conflating sexual orientation with sex—while others felt pressure from administrators or parents to keep tight-lipped. And a lack of professional development on how to address LGBTQ issues and bullying has left teachers ill-equipped to establish LGBTQ-inclusive cultures or to identify anti-LGBTQ behaviors and harassment. Meanwhile, the emergence of highly politicized issues like allowing transgender students to use bathrooms aligned with their identity has raised the LGBTQ profile nationally, but made constructive dialogue harder.

The Need for Training

“We’ve had no guidance from administration on how to handle students transitioning,” said Khayam, who wants to help a transgender student at her school. “I’m not a young, hip teacher. I don’t know what to say or do. It would be nice to hear from our administration—both school and district level—what we as a school and a school system will do to support these students.” 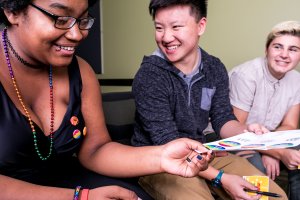 While there has been an increased interest in training educators on topics like inherent bias and equity and inclusion, these trainings often do not include LGBTQ issues because most school systems aren’t requesting it, according to educators and advocacy groups. And when teachers have asked for training, some report that they’ve faced reluctance from administrators who said they need to focus on other priorities.

Melissa Joy Bollow Tempel said she encountered pushback when she wanted to start including professional development on gender identity in the training she provided as a culturally responsive teacher-leader in the Milwaukee Public Schools district. Bollow Tempel had to go outside the district to receive training herself, and her offers to share what she had learned were repeatedly resisted.

Even within the 18 states with anti-bullying laws aimed at protecting both sexual orientation and gender identity, and within “blue bubbles” like California, both discomfort and neglect are common, according to Vincent Pompei, director of the Youth Well-Being Project at the Human Rights Campaign, the largest LGBTQ civil rights organization in the U.S. Pompei noted that attendees at a recent training in Southern California couldn’t differentiate sexual orientation from gender identity.

“Educators still have a tremendous amount of worry around LGBTQ inclusion—they fear parent or community pushback, and are uncertain if they’d be supported by school or district leadership if they took action,” Pompei said. “We say students need to see visible signs of a safe space, but educators also need to know that their administration supports them and will have their back if a parent or community member with anti-LGBTQ views complains.”

When LGBTQ students feel the lack of staff support at school, the impact can be substantial.

“My middle school didn’t have any procedures, and my teachers didn’t know what to do,” reflects Miles Sanchez, a ninth-grade bisexual and transgender student in Colorado. Sanchez says he repeatedly went to administrators to ask them to establish policies to protect LGBTQ students from bullying. “I feel like a lot of my struggles could have been avoided if educators were trained in dealing with bullying for all types of students,” he said.

The problem is not restricted to students.

Teachers like Hanan Huneidi, a 7th- through 12-grade teacher for at-risk students in the Bay Area, California, says she feels that if she includes LGBTQ content in her lessons, staff and students assume she’s trying to push a particular agenda because she’s gay. Huneidi says she has at times avoided the topic because she doesn’t always want to “automatically be the representative of all gay things.”

Last year, a frustrated Huneidi told colleagues they needed to “carry the torch too” in disciplining students for using homophobic hate language, which is against school rules.

To address the need for more awareness, organizations like Gender Spectrum and History UnErased are providing professional development and support for K–12 classrooms. Resources provided by these organizations include lesson plans, workshops, and guides. 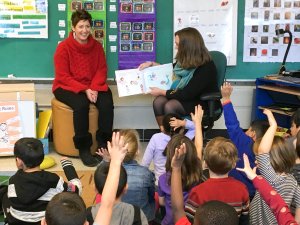 As part of the program, district staff members—including school psychologists, social workers, and teachers—received training so they can coach their colleagues on topics like embracing family diversity and preventing bias-based bullying. The district also hosts parent and student panels to share LGBTQ students’ experiences with staff, and community events, like readings of children’s books with LGBTQ characters.

But according to LGBTQ advocates, it doesn’t take a top-down approach to make a difference in students’ lives—help can come from a single educator. 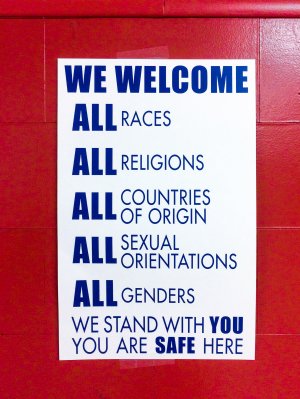 Sometimes it’s as simple as putting up safe space signs, or a sign that says a classroom or school is welcoming of all identities; reprimanding a student who uses the phrase “that’s so gay”; or reading a book with an LGBTQ protagonist. Small changes from one person can often lead to bigger ones from more.

Dan Ryder, a teacher at Mount Blue High School in Farmington, Maine, said he’s personally seen change happen slowly over the nearly two decades that he’s worked at his school. He remembers the days of “don’t ask, don’t tell” and the widespread use of homophobic slurs. Now, he says, students in the school’s tech program are making signs to affix to new gender-neutral bathrooms of their own accord.

“I’m doing my best to show them that even though I may be a straight, cis, married white male, we are all fairly complex beings that change over time and have experiences that may unite us more than we realize,” he says of his own efforts to help students. “Often we just need someone to say, ‘Hey, you are who you are. I get it. It’s OK by me. And I want to be helpful to you in whatever way that means for you.’”