Would screening a Ken Burns documentary for students be considered teaching with educational technology because it was delivered using a DVD player and a projector? Clearly not. In my research, I’ve discovered something similar about some digital games: They’re not edtech tools, per se; instead they fall into the category of mediated experiences, and can be read—like literary fiction or films—as texts.

There are entire genres of story-driven digital games that are part of a new media landscape, and, like the graphic novels and other new media that have come before, they should be brought into classrooms.

One example I’ve discovered comes from Connecticut teacher John Fallon, who has used the digital police procedural Her Story in his high school English class. Much of the game involves typing in search terms and then reviewing video footage of a woman accused of murdering her husband in 1994. Her Story takes just a couple of hours to play—two or three class periods, perfect for a classroom setting. It is relatively inexpensive (about $6, but you can find it discounted), and is available for PC, Mac, and mobile devices. No game controllers are needed, just a keyboard and a keen sense of inquiry.

When he first played the game, Fallon realized that it had an unreliable narrator. He used this literary device—common in film (e.g., Fight Club), literature (Edgar Allan Poe’s “The Cask of Amontillado”), and television (Mr. Robot, Westworld)—to teach media literacy in the era of fake news.

Fallon blogged about his experience, sharing in detail the procedural steps involved in using the game, literary resources to explore, and the handouts he used. In the first blog post, “Completely Unreliable,” Fallon discusses why it’s important to teach students about unreliable narrators: “It takes only a few minutes of browsing the Internet to realize the world is full of unreliable narrators. Anything that can help our students build the skepticism and analytical skills to parse truth from fiction, fiction from truth and everything in between, seems essential in the informational battleground that has become 21st century media.” 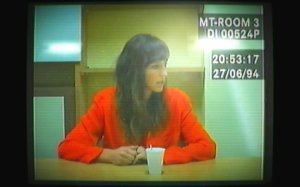 A follow-up post details other works of literature his students studied before they played the game. He also shares the Google Doc handout he used to assess student learning.

When I spoke to Fallon, he told me about a student who struggled reading traditional texts in school. This student worked above his perceived abilities when close reading and analyzing Her Story, doing what was necessary to uncover the story. Fallon recounted how the student wrote pages and pages of notes. Using the mediated narrative of a digital game led his student to demonstrate what educational psychologist Lev Vygotsky famously observed: “In play a child is always above his average age, above his daily behavior; in play it is as though he were a head taller than himself.”

For more on Fallon’s experience, watch his keynote talk from the 2017 Games in Education Symposium.

Like Fallon, Toronto-based teacher Paul Darvasi recently used a digital game. Darvasi brought the emotionally moving and award-winning What Remains of Edith Finch into his high school English class. Rather than purchase individual licenses of the roughly $20 game for each student, he adopted a hot seat model, using just one copy of the game, with students taking turns controlling the action. This approach—having students play single-player games in teams, or as a whole class—can often work well in classroom settings. Doing so also compels students to talk through decisions, and discuss and reflect on actions. 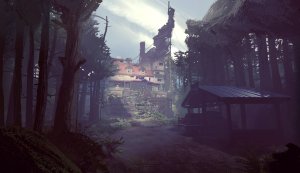 The story of a family seemingly cursed with repeated misfortune, the game is a series of nested vignettes about relatives who once lived in a large, now-abandoned house. The story unfolds linearly; player choice does not affect the narrative’s outcome. But, as in a good novel, much goes unexplained, leaving some of the story to the player’s imagination. According to Darvasi, his students learned about “magic realism, environmental storytelling, how game mechanics [the actions players take] advance narrative, and the Bogost-generated controversy about whether video games are capable of telling good stories.”

The Ian Bogost article Darvasi referred to, “Video Games Are Better Without Stories,” appeared in The Atlantic. It was about how narrative games replace player agency with story. Thus, Bogost’s critique presented Darvasi’s students with a terrific teachable moment in which they could engage in critique and debate over whether digital games can—or should—be used to tell stories.

Using digital games as an educational technology tool to drill-and-kill content and skills can be akin to using only phonics books to teach reading. Consider using narrative games—using a hot seat approach or not—with your students. After all, in the 21st century, story-driven digital games are part of the media landscape.