There’s been an explosion in nonfiction graphic novel publishing over the last decade, and teachers are eager to find ways to use these works in the classroom—for good reason, as they can be very engaging for readers of all literacy levels. Here are nine solid titles for English language arts, social studies, and science classes.

El Deafo
Cece Bell became deaf after an illness when she was very young. She was fitted with a Phonic Ear, an early and ungainly hearing aid that let her hear some sound—but also left her frustrated and sometimes embarrassed that she didn’t fit in with her peers. This 2014 autobiographical look at disability and self-acceptance is more fun than you might expect.

In the classroom: Cece’s hearing aid looks different from ones students are familiar with—have them research and create a timeline of these devices.

Amazing Fantastic Incredible: A Marvelous Memoir
Students know the name Stan Lee, but they probably don’t know much about him. He tells his life story in this 2015 graphic novel created with writer Peter David and cartoonist Colleen Doran. Lee breaks the fourth wall frequently to explain events. His decades-long career and insights into the creative process of comic books have lessons for any student.

In the classroom: Have students write about an event from childhood and insert their current self into the narrative as either an ally to their younger self or simply an “explainer” who helps move the story along. 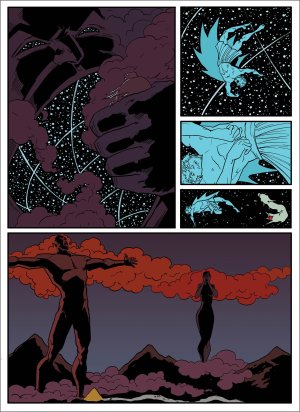 The Olympians (series)
Greek mythology is a staple of many classrooms. These stories have been told in graphic novel format before, but George O’Connor’s series, which he started in 2010, is superior in text and art. Each book is devoted to a single god or goddess, though their stories overlap. The result is a series of books that work well as biographies, adventure stories, or research into ancient Greece.

In the classroom: Have students create single-page comics that tell the story of a god or goddess not included in O’Connor’s books—from Greek mythology or another pantheon.

Anne Frank: The Anne Frank House Authorized Graphic Biography
There are other comic book–style biographies of Anne Frank, but this is the best and the only one authorized by the Anne Frank House. Most of the others are straightforward adaptations of her diary; this 2010 book goes beyond her narrative to explain more about the Frank family, the politics of Europe in the 1930s, and World War II.

In the classroom: Have students compare Anne’s life to that of an American child growing up in the 1930s, and see what was typical and what was atypical for someone her age.

Nathan Hale’s Hazardous Tales (series)
After Revolutionary War spy Nathan Hale is executed, he and two sidekicks are displaced in time and witness events that have shaped American history. Author and artist Nathan Hale uses the three characters as narrators to explore the Revolutionary War, the Alamo, Harriet Tubman, the Donner Party, and more in a series he started in 2012. A balance of humor and adventure keeps the narrative moving forward, leaving students wondering where (and when) Nathan Hale will go next.

In the classroom: Have students pick a person from history to be a time-traveling companion and then explain a historic event in a short story.

The Arrival
Shaun Tan’s wordless 2007 graphic novel aims to tell a universal immigration story, following a protagonist who leaves his family behind to travel to a new world. His new home is bizarre and at times frightening, and Tan’s imagery is disorienting to any reader—but familiar enough that we can follow the story and empathize with the character and his journey.

In the classroom: Have students pair excerpts from the diaries of immigrants with images from Tan’s book, or have them write their own dialogue for the protagonist.

The Great American Dust Bowl
Don Brown’s 2013 tale of the 1930s is as much a tale of science as of history. The Dust Bowl is explained as a natural phenomenon that was exacerbated by farmers overplanting and removing native vegetation. Brown inserts maps and graphs that tell the story of the ecology of the early 20th century—and the similar environmental disasters that could wait in our future.

In the classroom: The Dust Bowl is far from the only ecological disaster that’s been compounded by human activity. Have students research the environmental impact of those crises and possible solutions to the problems. 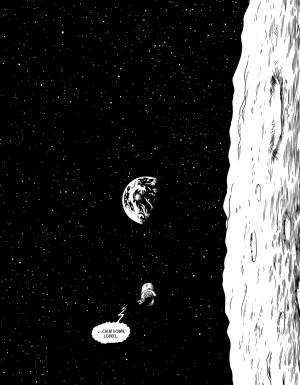 T-Minus: The Race to the Moon
The Space Race is a topic that still excites students, and with the 50th anniversary of the moon landing coming in 2019, it’s a subject they’ll be hearing a lot about. Jim Ottaviani and Zander Cannon’s 2009 graphic novel is almost a biography of the technology the United States and the Soviet Union developed to get to the moon. The format lets us see their efforts side by side.

In the classroom: T-Minus ends in 1969 with the moon landing. Have students continue the timeline of both American and Soviet spaceflight and make predictions about what will come in the future.

Primates: The Fearless Science of Jane Goodall, Dian Fossey, and Birute Galdikas
Most students have heard of Jane Goodall and her work with chimpanzees, but fewer know about Dian Fossey’s time among gorillas, and almost none have heard of Biruté Galdikas and her research on orangutans. Jim Ottaviani and Maris Wick’s 2015 book tells the story of these three female scientists, balancing their personal biographies with their academic and field research.

In the classroom: There are conservation programs for each of the species highlighted in the book; have students research these programs and present what’s happening with each species in the 21st century.