In schools, a tussle over a shoe or a phone can quickly escalate—sometimes to a suspension or worse—leaving educators, parents, and students wondering what went wrong. As research is finding, these pervasive misunderstandings can be rooted in assumptions and biases about race and culture, and have the potential to alter the course of students’ lives.

But an innovative program in Montgomery County Public Schools (MCPS) is now exploring what could go differently before it goes wrong. Through a series of graduate-level courses, the Equity and Excellence in Education (EEE) program is helping school staff discover how educators can unconsciously contribute to uneven outcomes for children. The program offers a master’s degree and certificate in equity through an unusual partnership with the district, the teachers’ union, and a college. 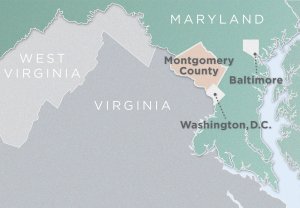 Montgomery County’s efforts come alongside a broader, nationwide push to address disparities in American education as diversity increases among public school students while teachers remain predominantly white. Rather than focusing solely on changing the demographics of their workforce—an effort that can take decades as staff retire and are replaced—the district’s model centers on teaching current educators how to think differently. It’s training that most have never received.

“In many teacher prep programs, you take one multicultural class. We are far beyond that one course,” said Heather Yuhaniak, who helped create and now co-runs the program. “We don’t just focus on the instructional piece. We focus on self-examination and how our racial and cultural backgrounds come with us into the classroom.”

The EEE program started in 2011 as a way to bridge a growing achievement gap for students in an increasingly diverse district, which spans the high-income suburbs outside Washington, DC, and the immigrant-rich, economically challenged communities farther from the capital.

The shifting demographics have had a real impact on teachers, who began reaching out to the local teachers’ union, indicating that they felt unprepared to teach a diverse student body effectively. At the same time, the district started looking more carefully at its achievement gap—questioning whether teachers had the tools necessary to ensure that all students had an equal opportunity to achieve, according to Alana Murray, a vice principal who helped launch the program with Yuhaniak.

With support from McDaniel College in Western Maryland, MCPS developed a series of 12-week courses that discuss topics ranging from the myths and misconceptions around race in the U.S. to the influence of teacher perception on student identity and performance. To date, nearly 100 staff members—including teachers, administrators, and even a transportation supervisor—have completed the classes.

We don’t just focus on the instructional piece. We focus on self-examination and how our racial and cultural backgrounds come with us into the classroom.

In a class on a recent Saturday, program participants discussed the incident of the boy and the Air Jordan and wondered if assumptions about race and class had played a role: “The teacher is taking an authoritarian stance,” one commented. “Did he even ask the kid why he’s holding onto it?” asked another.

EEE students kept coming back to the concept of framing: Is a problem that a teacher sees as stemming from a student’s character or behavior sometimes really about the school’s discipline policies, or about cultural differences between the way the teacher and student perceive the unfolding situation? If a teacher is able to be mindful of the complex dynamics at work, it can open up a whole new set of possible solutions. 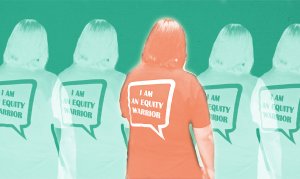 Researchers say this shift in thinking can drive profound changes in school culture, re-establishing the trust between teacher and student that is a precondition of learning. In the end, the student with the shoe was not suspended, and his teacher spoke with an equity coach about how to avoid power struggles with students in the future.

A big part of the EEE program is turning heightened awareness into action.

All participants are required to design action projects in which they identify an issue of equity in classrooms, schools, or the district and develop a research-based intervention to address it. Projects have included changing the tone of comments on math tests, creating a girls’ after-school science, technology, engineering, and mathematics (STEM) class, and developing a new method for assessing who gets sent to remedial reading classes.

After taking an EEE class on culturally reflective instruction, Randy Grove, a white middle school technology teacher, was motivated to substitute more culturally relevant images in a lesson he’d taught for years on forms of shelter.

“I realized that there was probably no house in that PowerPoint that most of my students could connect with,” he explained.

While the EEE program may be unique, other communities are also looking for ways to address disparities in instruction and discipline tied to race, driven by a growing body of research.

Studies show white teachers have lower expectations that their black students will graduate and go to college, and that lower expectations for black and Latino students are one possible explanation for the achievement gap. Meanwhile, black students receive suspensions at nearly four times the rate for white students, while Latino students are twice as likely to be suspended as white ones.

As solutions, many school systems have banned suspensions for subjective categories such as defiance, instituted restorative justice programs, and begun to rethink teacher training. Denver Public Schools, for example, now requires teachers to participate in pre-service training in culturally responsive teaching, and Ball State University, in Indiana, has student-teachers partner with leaders in communities of color to develop an understanding of their students’ backgrounds.

At the same time, districts and organizations such as the New York City Department of Education have made a push to hire more teachers of color, motivated by findings showing that students of color do better in school if they have a teacher of the same race.

According to Zaretta Hammond, an educator and author of the book Culturally Responsive Teaching and the Brain, these strategies represent important shifts for educators who can feel overwhelmed trying to make a dent in such a large, complex problem. There’s a lot of work left to do, Hammond says, primarily around ensuring that all schools foster a culture of equity and all kids have access to high-quality teaching and learning.

“It’s not just about recognizing your biases or increasing the number of teachers of color,” said Hammond. “While these strategies are an important step, without putting changes in instruction at the core, we will never improve outcomes for kids.” 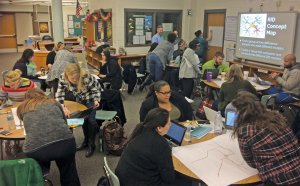 Within the EEE program, acknowledging one’s own assumptions and seeing how they play out in the classroom has been equally powerful for white staff members and those of color. Often, these reflections have hit close to home.

Now I can provide research and specific strategies to help make sure they are not overly disciplining students of color or referring them to a school counselor because they couldn’t have a positive relationship.

For Génesis Chávez, a first-grade teacher and master’s student in the EEE program, the classes have made her reflect on feeling either “hyper-visible or invisible” to her teachers as a student.

Chávez is Latina and a first-generation college student who took ESL (English as a second language) classes at an elementary school in MCPS. When she read an article on deliberate “not learning” in one of her EEE classes, she recognized her own experiences as a child, and wondered how many of her students also refused to learn out of pride in the face of disrespect.

“I knew my teachers had a perception about me—I could feel it based on their demeanor toward me, versus my classmates,” said Chávez, reflecting on the subtle cues that drove her response. “Some of them made no effort to engage me, while others were unkind and harsh. These experiences made me resent my teachers, so I would purposefully not do my assignments or leave them incomplete.”

But Chávez and other EEE students now know that both perceptions and expectations can be reset with more awareness, and that small actions can have large impacts.

In the past, teachers often would send students, particularly those of color, to guidance counselor Tyosho Curtis’s office for disciplinary issues that arose in their elementary school. The implication was that “I needed to ‘fix that student,’” said Curtis, who is black.

After what she’s learned in the program, Curtis says she’s no longer “jumping in and being Superwoman.” Instead, she’s coaching teachers to come to her office for advice on how to work with their students on their own.

“Now I can provide research and specific strategies to help make sure they are not overly disciplining students of color or referring them to a school counselor because they couldn’t have a positive relationship,” Curtis said. “I don’t know how I got through all my previous years without this knowledge.”