Credit: Bart Nagel
'We need more programs to make instructional leaders.' -- W. Norton Grubb, who runs one such program at the University of California at Berkeley 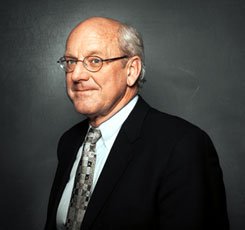 Credit: Bart Nagel
'We need more programs to make instructional leaders.' -- W. Norton Grubb, who runs one such program at the University of California at Berkeley

You left the house this morning while it was dark. It's now fifteenhours later, dark again, and you're just returning from your lastmeeting.

So far today, among many other things, you've spoken into a cracklingmegaphone at a school assembly, listened to a phone message in which aparent yelled about parking rules at drop-off time, added four new studentsto your already overflowing classrooms, helped one teacher with ascience-curriculum question and another with an email problem, metwith the school site council, worked with the PTA to keep a canceledafter-school arts program alive, fetched children in time for the late bus,snuck home for a quick dinner with your extremely forgiving family, andthen (once your meal was quickly scarfed down) slipped out to explain tothe local neighborhood association why the upcoming construction projectto repair your school's long-disintegrating playground won't inconveniencethem as much as they fear.

In your free time (stop laughing), you've been able to focus on education,which is what originally brought you into this job.

Welcome to a day--and night--in the life of a public schoolprincipal.

"It is absolutely insane," says W. Norton Grubb, a professor at theUniversity of California at Berkeley who specializes in educational-managementissues. "We're living at a time when we are demandingthat principals all be heroes. Well, there aren't that many heroes in thiscountry in any line of work."

Aside from the usual demands of educational leadership and management,the principal serves as the school's public face and spokesperson,and must respond to parents, teachers, unions, and many other constituencies.In addition, he or she is in charge of truly mundane things,like keeping the lights on.

And, Grubb notes, if principals "don't bring schools up to standards,they lose their jobs. As a result, we see a lot of teachers who look at the jobof principal and decide it's not worth it. The additional salary is not allthat great, and the additional workload is all that great."

Those concerns, as well as simple demographics, have led to whatmany are calling a full-grown shortage of principals. A study commissionedby the National Association of Elementary School Principals andthe National Association of Secondary School Principals found that"approximately half of the school districts surveyed reported a shortage inthe labor pool for K-12 principal positions they were trying to fill thatyear." That was the case across the board, "regardless of the schools' gradelevels and whether they were rural, suburban, or urban schools."

That wasn't always the case. "There were a whole bunch of us whoentered the school system when the number of students in California wasexploding," says Paul Mercier, superintendent of the Magnolia School District, in Anaheim, California. "We entered as teachers, and then we becameprincipals and administrators. That's the usual trajectory. And now we'regoing to start retiring, and it looks like there could be a vacuum over thenext five to ten years, because we might not be able to meet the incredibledemand for new principals." Indeed, in some states, more than half ofschool leaders will shortly be eligible for retirement. A recent study by theNortheast Regional Elementary School Principals' Council found thatmore than 36 percent of principals in nine northeastern states plan toretire within the next five years. If that trend continues nationwide, theramifications could be dramatic. According to the National EducationAssociation, during the 2004-2005 school year, 186,309 public schoolprincipals and supervisors were on the job in the United States.

Tom Cavanagh is in his twenty-fourth year as principal of the Edith C.Baker School, a K-8 school in the Boston suburb of Brookline. He hasseen many teachers come and go, including some he feels had the leadershipskills and energy to have become strong principals. "When I wascoming up, it was a natural step to go from teacher to vice principal andthen principal," he says. "Increasingly, I find myself talking to youngteachers who make it clear they see my job as alien to their sensibilities. It'snot something they wish to pursue, despite them being remarkably able."

"There's not much of a financial bump when you move up to principal, and the pressures are so much greater. For many, it's not worth the trouble."

One problem: The money doesn't compensate for theadded headaches. 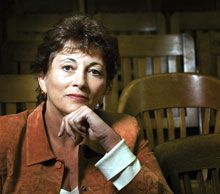 Michele Lawrence, a superintendent for sixteen years,including the last six with the Berkeley Unified School District,runs the numbers: "There's not much of a financial bump whenyou move up, and the pressures are just so much greater for theprincipal. The difference in salary between a senior teacher anda principal can be only $25,000 to $30,000. Now, that maysound like a nice chunk of money, but on an hourly basis, thatmight be only $1 or $2 more, and for many people it's just notworth the trouble. At the high school level, principals are outworking almost every night."

Although statistics suggest that new principals flee their postsat a much slower rate than new teachers (nearly half of whomleave the profession within five years), there's no doubt that thefinancial pinch exerts extra pressure. Brookline's Tom Cavanagh says,"The compensation factor is an important part of this principal shortage,but just as important are the additional responsibilities. If anythinghappens in a school, or if the staff is shorthanded for a day, everyone seesthe principal, not an individual teacher, as the person to handle it."

And, as any teacher or parent knows, the difference between a competentprincipal and one who's over his or her head is the differencebetween a school that is innovative and open and one that isn't.

A great principal is one who coaches and inspires teachers to reach andteach every child, while collaborating with parents, families, and communitiesto make schools work. It's a tall order, demanding skills in multipleareas. Increasingly, though, districts are getting creative in their effort tobring new bodies and new ideas to the school's top post.

The Chicago Public Schools has partnered with the Broad Centerfor the Management of School Systems in creating New Leaders forNew Schools, a national program that recruits and trains aspiring principals.(See "Class Act," April/May 2006.) In Maryland, the StateDepartment of Education has created a Principals' Academy to supportnew administrators, most emerging from the teaching ranks, withclasses that range from curriculum focus and refinement to providingprofessional development for school staff.

In Ohio, the Toledo Public Schools, the Toledo Association ofAdministrative Personnel, and the University of Toledo have cometogether to create a mentoring program for aspiring principals.Kentucky's Principals Excellence Program focuses on rural schooldistricts and the special needs required to ensure high-quality learningfor all rural students. The Boston Principal Fellowship Program is anintensive twelve-month blend of theory and practice that links participantswith mentor principals, immersing them in the daily workof effective principals, and then places them in some of the city'sneediest schools.

In West Virginia, the Alleghany County Schools have adopted aplan to base principals' pay on a formula indexed to the top of theteachers' salary. And in Virginia, the Fairfax County Public Schoolscreated a leadership program called LEAD Fairfax that includes atraining and internship program for aspiring principals.

"We need more programs to make instructional leaders," saysW. Norton Grubb, who runs one such program at UC Berkeley."Instead, in many districts, especially those where schools do theirown budgeting of resources, new principals get entirely differenttypes of training. They teach principals how to use the software thedistrict wants you to use to submit the budget. But it's far moreimportant to learn how to spend the budget well. Most budget andfinance courses are not about that."

Grubb says an important part of bringing in the right principals isto be clear about what the district wants. "Most districts don't have apolicy on attracting and retaining principals," he adds. "They advertiseand hope they get a hero. They are not trying to generate a pipeline ofpeople wanting to be principals."

He notes that districts need a structured and systemic path to theprincipal's office. "Districts have to develop coherent policies that supportprincipals in the long term," Grubb says. "They have to create pipelines.You prepare principals well not through one fifteen-month program,but via a sequence of linked programs over a much longer time."

In Anaheim, Superintendent Paul Mercier and his team have developedprograms that reach out to potential future principals. They include trainingin what he calls "the nitty-gritty" of the job, including how to use categoricalfunds such as Title I monies and how to develop a school plan.

"They get exposure to how a school should work as an organizationalstructure," Mercier says. "And when they do step up to become principals,we have to provide useful, helpful feedback, and not just at evaluationtime. They have to get coaching and mentoring experience from sittingand successful principals. I believe that people who would be goodprincipals but don't want to do it don't see the support structures thatwould help them succeed. We need to give them those structures."

Brookline's Tom Cavanagh says that, despite the many demands ofhis position, he loves the job. Adds Mercier, "There is success andhappiness in being a principal if you're trained and supported, part of ateam. A superintendent must create a culture that is all about solvingproblems together. The single most important thing we can do to bringin and support new principals is make sure that they don't feel they'reout there all by themselves."

Jimmy Guterman is the author of six books and the father of six children.

Many factors discourage teachers from pursuing the principal's job. In a national poll, superintendents say these top the list:

What Makes An Effective Principal