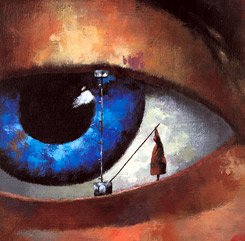 Principal Robin Harris doesn't yet have the test results to prove that adding two hours to the school day at Fletcher Maynard Academy, in Cambridge, Massachusetts, last year helped the school's primarily low-income, minority students catch up to their peers.

But even though catching up academically wasn't the original reason for Harris's change to the school day (she hoped to afford students more time on academics and enrichment), Harris says she's confident the new schedule has boosted learning. She points to signs that might be commonplace in some schools but are minor miracles here: children naming math as their favorite subject, or discussing the many books they've read in their free time. "That's hard to measure," Harris says, "but it's anecdotal evidence toward progress."

The push to extend both the 6.5-hour day and the 180-day year began with the charter school movement in the 1990s and has become increasingly popular in traditional public schools. It's a trend we expect to gain momentum this year as educators search for ways to meet the demands of the No Child Left Behind Act without sacrificing important subjects that aren't tested.

Fletcher Maynard is part of the Massachusetts Expanded Learning Time Initiative, the first statewide effort to lengthen the school day or school year. School districts such as those in Pittsburgh and Miami have already increased classroom time in their lowest-scoring schools, and several states may soon follow suit.

"The time is right," says Jennifer Davis, president and cofounder of Massachusetts 2020, a nonprofit organization that has led the state's learning-time initiative. She points out that adding academic time was one of five major recommendations in the landmark 1983 report "A Nation at Risk" -- the only recommendation never acted on. "The traditional school schedule is outdated for many reasons," she says. "We've raised standards in American education and expect more from students than we ever have."

According to Elena Silva, a senior policy analyst at the nonprofit group Education Sector and author of a recent report on school time, research shows that poor and minority students, who tend to have fewer learning opportunities outside of school, stand to benefit most from additional classroom hours.

Silva adds one word of caution: Simply tacking on extra time to each class isn't sufficient. Schools should think creatively about how best to redesign the schedule to promote learning. "This has tremendous potential," she says, "but only if it's very well planned."

Extending school hours isn't the only reason districts are rethinking the traditional academic calendar. Some high schools have postponed their start times because research shows that adolescents are naturally groggy in the morning, and alert later in the day. A study of high schools in Minneapolis, for example, found that pushing back the first bell until at least 8:30 A.M. improved students' grades and reduced dropout rates and student depression.

In other parts of the country, especially rural areas, districts have cut transportation and utility costs by switching to a four-day week, with longer hours on school days. Administrators say the schedule boosts student attendance and teacher morale. But, adds Silva, "it's probably questionable in terms of achievement gains." On the other hand, attendance and teacher morale are surely part of the solution.

The impetus to reconsider school hours will likely get a boost from some recent studies of teenage sleep patterns and how they affect student performance. The average teenager (there must be at least one "average" teenager) requires nine or more hours of sleep a night, but a study by the National Sleep Foundation indicated that almost half of American adolescents get less than that. Increases in homework loads, television viewing, and social lives all impinge on shuteye.

Every first-period teacher who has looked across a classroom of drooping eyelids and nodding heads is familiar with the effect of a high school day that starts at 7:30 A.M. Jodi Mindell, associate director of the Sleep Center at the Children's Hospital of Philadelphia, told the Associated Press, "Sleep not only serves as a restorative function for adolescents' bodies and brains, but it also is a key time when they process what they've learned during the day." -- DKW