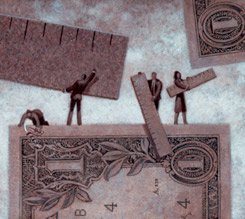 PREDICTION: Merit pay and other new approaches will be seen as the best answer to getting and retaining gifted teachers.

In the world of K-12 education, incentive pay for teachers -- programs that reward good teaching and encourage the most effective educators to share their talents with the highest-need students -- have become the reform du jour.

Since last year, the U.S. Department of Education has awarded nearly $75 million in grants to schools and school districts interested in developing systems that reward good teaching and compensate teachers for taking jobs in hard-to-staff schools (low-performing and typically high-poverty schools). Districts from California to Texas to North Carolina are tapping into these new funds to address two of the thorniest issues in education today: how to develop fair and accurate ways to measure effective teaching, and how to find sustainable strategies to balance the distribution of experienced teachers, who now tend to be disproportionately represented in high-performing (and typically more affluent) schools.

Few people argue with the underlying principles fueling the growing interest in incentive plans. Just as we assign the most accomplished doctors to oversee the most complex medical cases, shouldn't we be making sure that the students and schools with the greatest need are taught and led by our most experienced and effective educators? And shouldn't schools, like businesses, acknowledge and reward good work? Sure, agree many teachers, parents, administrators, and policy makers. But the devil, as they say, is in the details.

In Florida, for example, teachers widely criticized a merit-pay plan approved by the state legislature in 2006 as unfair and divisive because it allowed for only one-quarter of all teachers to receive bonuses. The plan has since been revamped to include, among other things, compensation for teams of teachers who have a role in moving kids and schools forward.

"We've been down this road before," says Linda Darling-Hammond, Stanford University's Charles E. Ducommon Professor of Education, noting that merit-pay plans were also introduced in the 1920s, the 1950s, and the 1980s. "We know that there are strategies and options that have some good potential, but there are also really predictable pitfalls to be aware of and design around," she cautions. The risk of failing to learn from past lessons is significant, Darling-Hammond adds, because poorly thought-out programs can cause teachers to become demoralized and even leave their districts, just what the programs are meant to prevent.

Still, many teachers applaud these efforts for developing holistic metrics for effective teaching and for including classroom teachers in all aspects of program development and implementation. Administrators, for their part, are finding these programs to be effective at encouraging experienced teachers to transfer to the most challenging schools.

The best incentive plans are those that go beyond rewarding select teachers whose students score higher on standardized tests, says Darling-Hammond; they use multiple measures to evaluate teacher performance and create career ladders capable of supporting and rewarding all teachers. "You don't just want to lift the boat of a few teachers," she advises. "The goal should be to improve the instructional enterprise in an entire school or district."

Roberta Furger is a contributing writer to Edutopia.