The conventional prejudice is well known: Now that DVDs and movies are ubiquitous, and television and computer games incessant, generations of students are becoming less literate, with ominous implications for the future.

A fascinating doomsday scenario, no doubt, but one that misses a crucial point.

Educators must acknowledge that there are now two parallel tracks for learning, both equally critical to understand. Running alongside the traditional 3 R's -- readin', 'ritin', and 'rithmetic -- are the three arts: dance, music, and the visual arts. To ignore this new language of media and sensory literacy is to shortchange in a crucial way the education of our children.

First, consider how the human brain works: When a child learns something new, a set of neurons lights up in his or her brain. With each repeat of the lesson, the same neurons fire again. Surrounding neurons, sensitized to the discharges of the first set, soon become part of an ever-expanding electrochemical chorus.

Thus, learned information becomes burned into an increasingly complex network of neuronal pathways. This is how we acquire knowledge that will endure throughout our lives.

Conversely, a child must be exposed to certain kinds of information by a certain age. Otherwise, we risk letting entire tracts of other specialized neurons wither through disuse. The recurrent message at neurocognitive conferences these days is, "Neurons that fire together wire together; neurons that fail to sync fail to link."

We are born with an excess of neurons, as if nature is telling us to learn as much as possible as quickly as we can. By the age of eight or nine, a devastating neural pruning occurs, and each of us loses about 40 percent of the neurons we were born with. This is why a preschooler can learn a second language with ease, whereas a college student trying to master the same language often finds it painful and difficult.

Given what we now know about how the brain operates, a larger question emerges: What are the consequences of the kind of learning we experience on the larger organization of the human brain?

All vertebrates, from fish to fowl, have bilobed brains; humans are not special in this regard. What separates us from virtually all other species is that each of the brain hemispheres in Homo sapiens is highly specialized to process two entirely different types of information.

In more than 90 percent of people, the left lobe is the seat of language, perceived in a linear stream and organized by grammar and syntax. The majority of other linear, sequential mental processes -- logic, reason, algebra, causality, and so on -- also reside principally in the left hemisphere.

When it comes to temporal processes that move linearly in time, such as doing taxes or figuring logic problems, the left hemisphere trumps the right. When it comes to processes that are primarily spatial -- driving a car, or playing tennis -- right trumps left. Natural selection has evolved the left hemisphere in humans into something new under the Sun -- a sense organ charged with understanding sequential time.

The right hemisphere, by contrast, is nonverbal and contributes a global (some might say holistic) awareness to events. This is the side of the brain that can add an emotional dimension and larger meaning to the knowledge we acquire. In general, the right lobe perceives many things simultaneously -- whole images at a glance. It lets us respond to such nonlinear input as body language, voice inflection, and facial expressions.

Simply put, the left side of your brain processes information presented in the form of numbers or words, while information displayed in images is primarily processed by the right side. The left hemisphere, for instance, knows you're five minutes late for class; the right one worries about the consequences and imagines what might be going on in your absence.

Of course, the complexity of the brain, and the broad band of connecting fibers joining the two sides -- the corpus callosum -- keep this scenario from being as tidily cleaved as our description makes it sound. Nevertheless, numerous studies have confirmed this basic dichotomy.

The varied functions of the right and left sides of the brain also can be seen in terms of sexual duality. (To avoid becoming bogged down in disclaimers and qualifiers, I'll concentrate on right-handers, who make up about 90 percent of the population; no slight to you lefties is intended.) Every human is a psychic hermaphrodite, a composite of a feminine side and a masculine one.

In general, the right hemisphere of both men and women is the seat of their feminine component, while the left hemisphere is the seat of their masculine side. Many of the modules in the brain necessary to care for preverbal children, for instance, are located in the right hemisphere; the strategy, planning, and cooperative aptitudes necessary to hunt and kill large animals (or make hostile-takeover bids on Wall Street) reside principally on the left side.

All humans have the innate capability to learn the grammar of the first language they hear. Every infant is born with the aptitude for reading the body language, gestures, and facial expressions of the cooing mother, the whispering dad, the silly siblings. Visual communication is as natural and easy as opening our eyes.

Evolution, however, did not as naturally prepare humans for the immense innovation we call literacy. Though the earliest humanoids began wandering the valleys and wooded highlands of eastern Africa almost 6 million years ago, the invention of writing is relatively recent: Inscribing markings on small bones and cuneiform tablets began only about 5,000 years ago.

Early scribes first used pictographs to convey a series of connected thoughts. Pictographs, however, are not truly writing, but, rather, are drawings that represent specific objects. These communications were streamlined and standardized by a simple innovation called the alphabet some 3,500 years ago.

The earliest writing seems to have developed out of economic expediency; some of the earliest examples were employed to label farm produce and keep accounts in order. It was an extraordinary development, on a par with harnessing fire and inventing the wheel.

Alphabets, the most abstract, linear, sequential, and reductionist form of writing, mimic the features of the left hemisphere. Unlike the spoken word, which requires the use of both verbal and nonverbal cues to interpret, literacy depends primarily on the use of the left side of the brain.

Western culture, with its monotheistic religions, dualistic philosophies, perspectivist art, advanced science, and written legal codes, is the direct result of the reconfiguration of the brains of those who learned and relied on alphabets and its dependence on left-brain thinking. But there is reason to believe that the imbalance of right-brain and left-brain functions may actually be in the process of a dramatic and far-reaching reformation.

A colossal shift I call the Iconic Revolution began in the 19th century. The invention of the camera and film and the discovery of electromagnetism combined to bring us first photographs and then film, television, computers, graphic advertising, and the Internet.

We are living in an increasingly post-Gutenberg world where text is rapidly receding and the image has regained dominance, as it was in prehistory. Daily, we are bombarded with images from ads, movies, television, and computer graphics, with a concurrent decline in formal literacy -- the aforementioned curse of the modern age. As media theorist Marshall McLuhan presciently stated, "The medium is the message."

Our right-brain skills, for centuries playing second fiddle to left-brain dominance, have been awakened and called into service with a start. The result is an increasing reliance on right-brain pattern recognition instead of left-brain linear sequencing.

And the ramifications are huge. The process by which we take in information is often more important than the information itself, and our culture must quickly adjust to a point where there is more of an equilibrium between the two hemispheres, between masculine and feminine, between word and image.

Increasingly, smart educators are responding to this reestablishment of equilibrium by approaching visual literacy as no less important than traditional words-and-numbers literacy. Schools and outside organizations are responding with programs and other resources aimed at teaching students to use the skills inherent in this right-brain, visually electric world.

The Educational Video Center, in New York City, for instance, gathers high school students from all over the city to spend four afternoons a week for a semester to earn academic credit for researching, filming, and editing documentaries under the tutelage of experienced filmmakers. 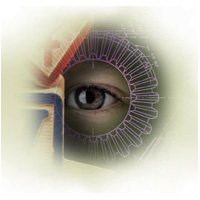 In addition, the American Film Institute's Screen Education Center encourages teachers to use filmmaking and media-production techniques as an exciting way to engage students in the study of traditional subject matter, giving them new tools for expression and understanding.

Thousands of young people in the AFI's program use digital cameras and computer editing systems to tell stories and demonstrate mastery of their studies. In the process, they are preparing for the jobs of the future by becoming literate in the language of the 21st century.

In San Francisco, California, Ronald Chase has created Art & Film for Teenagers, a half-year filmmaking workshop for students. Why? "It stimulates their minds and imaginations," Chase says. "They see with new eyes."

These are important educational programs, but they are only a start. In an online world packed with numerous sources of continually available information, students must master a broader set of literacies beyond reading and writing and mathematics.

Digital information comes in multiple forms, and students must learn to tell stories not just with words and numbers but also through images, graphics, color, sound, music, and dance. There is a grammar and literacy to each of these forms of communication.

Bombarded with a wide variety of images regularly, students need sharp visual-interpretation skills to interact with the media analytically. Each form of communication has its own rules and grammar and should be taught in ways that lead students to be more specific and concise in communicating.

In using these new tools, often gathered and dispersed on electronic media, students must also sharpen their interpretive skills to master fundamental aspects of information use. These factors include how to find information, how to assess its quality, and how to use new forms of visual stimuli to communicate in creative and persuasive ways.

Development of these competencies must be a key part of learning. Our visual-literacy skills enable us to intelligently interpret the visual actions, objects, and symbols, natural or artificial, we encounter. Through the creative and integrated use of these competencies, we can better communicate with others as well as more completely comprehend the visual information we regularly receive.

It has taken thousands of years and a major technological revolution to begin the rebalancing of human cognition. Of course, there's nothing to celebrate if reading skills decline. Most anthropologists agree that to truly know something, you must have a word or words to describe it.

But despite dire warnings that we are headed toward a new Dark Age in which rappers will replace writers and grunts will push eloquence aside, the worst we can expect will probably be that fewer young people will read Jane Austen books and more will rent Austin Powers movies.

The good news, however, is that rather than seeing the decline and fall of civilization, we will witness a renaissance of visualization and a growing equality between linear and global thinking.

Leonard Shlain, chairman of laparoscopic surgery at the California-Pacific Medical Center, in San Francisco, wrote the critically acclaimed national best-sellers The Alphabet Versus the Goddess: The Conflict Between Word and Image and Sex, Time, and Power: How Women's Sexuality Shaped Human Evolution.