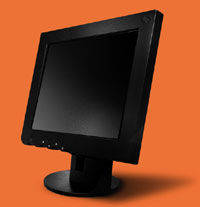 When renowned educational-software maker Tom Snyder used to address educational-technology conferences, he'd often hook the audience this way: "If you guys had all been really committed to technology in schools back in 1984 -- really committed, well funded and everything -- your schools would all be permanently wired for Commodore 64s."

The comment always prompted a big laugh, because his tech-savvy audiences knew the computer's manufacturer had gone out of business long ago, at which point its institutional customers were left with closets full of computers no one would maintain or upgrade -- what the industry derisively calls orphans.

Wry observations like this made Snyder an early crusader for a radical idea: the one-computer classroom. Not one for each student, but a single machine for everyone in the room to share. In Snyder's view, the job of technology is not to break up the traditional classroom's group endeavors but, rather, to stimulate them. "Schools may be the last place where the government is funding us to gather together into public forums to have conversations," Snyder has said. "We have got to protect that." Perhaps even more important, a classroom with only one computer greatly simplifies a teacher's life. Call it education's KISS -- an acronym for "Keep It Simple, Stupid," a slogan popular in the U.S. Army, another institution that must manage large numbers of people of varying abilities, often in very difficult circumstances.

Schools can apply simplicity to technology for an optimum classroom experience in a variety of ways. Some examples follow.

Complexity -- in the Right Place

Snyder's scheme was to put teachers and students in hypothetical dilemmas, which would be both fun and instructive. For a social studies lesson, for example, software would set up an international political standoff. Students role-played various officials -- the U.S. president, the American secretary of state, the foreign minister of Israel or Iraq. All took various positions, each posing different but potentially catastrophic consequences. To fuel this game, Snyder included all sorts of information, context, and analysis, plus various solutions, complicated obstacles, and so forth. (Although Snyder has sold his company, his software is still available. See, for example, the "Decisions, Decisions" package.)

The choices that simulations like these might present can be subtle and sophisticated. But in a classroom with only one computer, usually run by the teacher, the class manages and utilizes the technical and intellectual complications as a group, collaborating on solutions.

One of the strangest ironies in the educational-technology story is that most high-tech schools don't teach true computer science. They do introduce the latest software programs, but by the time today's students reach the workforce, most of this technology will be long gone, significantly changed, or made so elementary that the time spent learning it is almost entirely wasted. It makes far more sense for schools to present computer skills the way they do every other subject: by concentrating on the subject's history and fundamental principles.

To do this, schools should take a "shop-class" approach to outdated or broken computers. Students could take them apart, learn how to rebuild circuit boards, and create their own software programs, thereby learning how computers and other digital gear actually work. A practical dividend: usable, fully refurbished computers. In Beverly, Ohio, the Fort Frye Local School District saved $30,000 this way.

In 1929, English philosopher and mathematician Alfred North Whitehead wrote that "the best education is to be found in gaining the utmost information from the simplest apparatus." Though this argument may sound quaint, many veterans of education technology endorse it. One is Bob Albrecht, the godfather of scholastic approaches to BASIC, the first programming language ever built for personal computers. Albrecht, now in his mid-seventies, still volunteers in schools around Sonoma, California, and other communities north of San Francisco. He generally arrives with a knapsack full of manuals, both high- and low-tech gadgets, and computer disks full of hypertext links so students can, as he puts it, "just click and go, click and go."

Yet when it comes to teaching the law of probabilities, Albrecht will pull out a Tupperware container full of dice. Some are standard cubes, but others are dodecahedral (twelve faced) and icosahedral (twenty faced). Waving his dice box in the air, he once said to me, "This is educational technology." Cost? About ten dollars. Another favorite tool is base ten blocks, used to teach basic math functions and place value to young children. "I do a lot more with these sort of things than I do with computers, because they are powerful and cheap. And teachers can learn to use them."

Even when Albrecht is teaching advanced college mathematics, all he carries is the simple stuff -- in this case, protractors, calipers, and sundry other measuring devices. "That one will just about take you out to Mars," he told me, pointing to his favorite gizmo, a folding metric measuring stick. When he visits schools, he says, "Every single kid wants to use it, because it folds out."

Albrecht's point is that youngsters are fascinated by tools -- any tools -- especially when they're used for real-world projects. And, often, the simple, older tools offer a more physical experience, which child development specialists generally consider the most instructive. One retired teacher told me her former school's simple theory: " The more muscle, the more memory."

This philosophy gets to the heart of the KISS approach: Schools will get the most out of digital technology with students in junior high school and above. In the younger grades, computers usually mean lots of mechanical hassle and wasted time, often spent teaching students to do things on a screen they can more easily accomplish with paper, pencil, and crayons. Letting young children be captivated by the allure of the screen can distract them from the tactile, imaginative activities.

Judah Schwartz, professor emeritus of MIT and Harvard and the founder and former codirector of the latter's Educational Technology Center, has long been a critic of the way calculators are used in math classes. "Using the calculator as a way of avoiding confrontation with how numbers work perpetrates a fraud on kids," Schwartz says. The reason, he argues, is that the calculator's tiny screen condenses, and thus distorts, the arithmetic process. Those limitations, he believes, afflict every tool, even multigigabyte computers. "All tools have their prices," Schwartz says. "A useful strategy is to turn the price into a teaching occasion." The goal, he says, is to ask, and figure, out, "What are the limits of this particular device?"

One of Schwartz's answers to this question is an exercise he calls the Broken Calculator. He discovered that if he taped over all the keys on a class set of calculators except the 0, 1, and plus buttons, then challenged second graders to be first to tally up, say, 2,312, an interesting lesson would emerge. As students realize they don't have to add one 2,312 times, but can, instead, reach the sum by adding combinations of 1, 10, 100, or 1,000, they discover, on their own, how numbers and place value actually work.

Curiously, Japan -- the very symbol to many Americans of technological success, as well as lock-step thinking -- has long practiced quite the opposite approach in its elementary schools. In science classes, for example, exercises typically begin with a simple question, followed by active exploration with basic materials: water, dirt, pendulums, and so forth. Rather than rushing from topic to topic, as most American schools do, Japanese students linger on individual problems, examining them from every angle, sometimes for weeks on end. Curiously, computers, Palm Pilots, and other fancy devices are rarely part of the picture. The emphasis, instead, is on the conversation -- analysis, reflection, and aggressive argument, even with the teacher. Significantly, Japanese grade schoolers far outshine their American peers.

The issue here goes well beyond test scores. Consider Tom Snyder's big fear: In time, he believes, employers will increasingly ask whether applicants have been computer trained or teacher trained. The machine-trained ones, he suspects, will be left out, because "they won't be able to make sense of the world."

Todd Oppenheimer is the author of The Flickering Mind: Saving Education from the False Promise of Technology, a finalist for a 2003 book award from the nonprofit organization Investigative Reporters & Editors. He can be reached at www.flickeringmind.net.