Here are a few tips to consider when planning a professional learning community:

Teach Participants How to Collaborate

The success of PLCs hinges on collaboration, but don't assume it'll come naturally. Help the teams develop their own protocols and norms. Anne Smith, assistant superintendent of Long Island's Mattituck-Cutchogue School District, began by facilitating everything herself. She wanted her teachers to know that they were not being judged. "You need to teach them how to ask questions that don't put people on the defensive," Smith says. She circulated articles and books and encouraged them to form study groups. 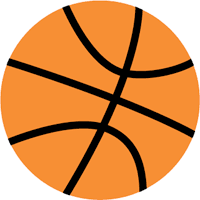 As a PLC facilitator, Nancy Krakowka, a sixth-grade language arts teacher at the district's Cutchogue East Elementary School, knows that collaboration doesn't happen overnight. "I spent a lot of time figuring out how to make it work," she says. "Instead of saying, 'This is how we'll run our PLC,' I asked everyone for input."

Krakowka's group worked to find a common goal -- creating student portfolios. Once they let down their guard and started sharing their own methods, they began to learn together. Five of them worked with a sixth teacher to move past her fear of using portfolios. Having their support made her willing to take the risk.

Create an Atmosphere of Trust

To the educator accustomed to closing the door, sharing information about techniques can be discomforting. To overcome those barriers, encourage teachers to form a book club or a discussion group about a teaching topic, suggests Joseph Aguerrebere, president and CEO of the National Board for Professional Teaching Standards. Once they share opinions in a trusting setting, they'll be open to discussing more.

It's up to the school leader to establish trust. "The formal and informal leaders have to be clear that the goal is collaboration and not competition," says the Mattituck-Cutchogue School District's Anne Smith. "You can't clobber people about test scores and then say, 'Let's collaborate.' What are you doing to support the teacher?"

Aguerrebere suggests asking teachers to pair up and observe each other's classes. "There should be no judgment in these visits," he says. "The goal is building comfort."

It's important to carve out enough time for learning teams to meet and work through their issues regularly. Nancy Krakowka's grade-level PLCs began by meeting once a month for regular meetings. They also had three daylong gatherings each year, as well as common prep periods. 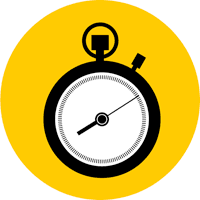 After a few months, teachers began leaving their doors open and meeting informally throughout the day. Anne Smith finds additional meeting time by hiring substitutes to come in to cover entire grades. And next year, she's guaranteeing designated time: Her contract will include an additional three hours a week dedicated to PLCs.

Smith's staff comes up with ways to help PLCs meet despite time constraints. The librarian and the music teacher at Krakowka's school have started a storytelling unit that can take up to three classes at a time, allowing those teachers to meet.

Be Broad and Inclusive

Although many PLCs consist only of teachers, a broader population can be brought in, such as administrators, parents, and community members who support their school. The objective is to align everyone's interests and expertise with the school's vision and goals.

In some cases, "teacher communities are not as robust as cross-role communities," says Giselle Martin-Kniep, founder of Communities for Learning: Leading Lasting Change. For example, if a group is considering replacing suspension with community service, the community can provide ideas. In cases involving big groups, it makes sense to form smaller satellites that gather feedback to deliver to the larger group.

Hiring a consultant with a broader perspective may help with complex situations that can be difficult to untangle from within. With Smith's group of teachers, the early days of the learning community were more like interest-based study groups that didn't result in much change.

As the focus intensified and the groups began having tougher conversations about standards and curriculum mapping, she hired a consultant. The consultant trained one teacher per grade level to facilitate the PLCs, and now the funding for the consultant goes to a teacher who works half time with facilitators.

Remember the L in PLC

As the groups work on improving their professional practice, teacher development happens naturally. "Before PLCs, no one offered any kind of support," says Nancy Krakowka. "Now, my colleagues and I are always going to each other for advice." 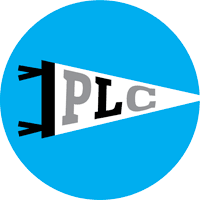 When they discuss a topic as potentially controversial as assessments, the team learns from each other. "We're not always on the same page and can have healthy disagreements," she says. "Rather than be defensive, we sit down and discuss."

Krakowka loves hearing about her colleagues' different approaches. Through her work with the PLC, she realized that although she did a great job teaching ancient civilization, she wasn't relating the subject to modern times. "By comparing content, someone pointed out my gap," she says. "We exchanged ideas on how I could make those connections."

Ellen Ullman is a freelance writer and editor in Fairfield, Connecticut, who specializes in education and technology.