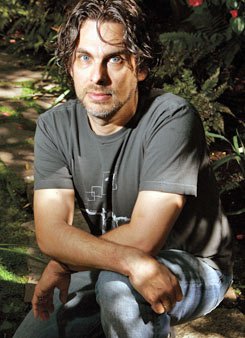 Novelist Michael Chabon enjoyed dizzying success in his youth with his first book, The Mysteries of Pittsburgh. He followed that with 1995's best-selling Wonder Boys and The Amazing Adventures of Kavalier & Clay, winner of the 2001 Pulitzer Prize. He's won accolades for venturing boldly into diverse genres, from short stories to screenplays to young adult literature. But never before has he written about his personal experience of being a man.

Until now. Chabon's latest collection of essays, Manhood for Amateurs: The Pleasures and Regrets of a Husband, Father, and Son, offers a gripping perspective of what it means to inhabit these roles. Equally compelling are his reflections on childhood -- how it used to be, how it is now, and where a conscientious grown-up fits into the picture.

Chabon, a father of four who lives in Berkeley, California, recently spoke with Edutopia about his school days, his kids' education, and Lego mash-ups.

I went to public school, primarily in Columbia, Maryland.

Was school a force for good (or otherwise) when it came to shaping your manhood?

Both. The schools in Columbia had been set up as a planned community in this rural tobacco country. These schools were part of a '60s-era, Great Society experimental concept. They were racially, religiously, and economically integrated.

I felt that, just by being there, I was engaged in an embrace of the bright future that was coming. That really sparked my imagination. And because of the social mission, I had many black teachers and black classmates. At the same time, we were learning about Martin Luther King Jr. and the civil rights movement. So, just by going to school, I was participating in this wonderful transformation of America.

Things settled down in middle school and high school. I was lucky to have good teachers there who were sparked by their enthusiasm for the subject matter. And several of them really encouraged me in my writing and exposed me to authors they thought I would love: Edgar Allan Poe, Sir Arthur Conan Doyle, Ray Bradbury. I had my share of lousy teachers, too. But in the end, it's ultimately a question of what you do with your education.

In what ways are you different from your own father when it comes to handling your kids' education?

I'm less explicitly insistent on a certain level of performance. My dad expected straight A's from me, which he generally received. I actually got paid for A's -- which was cool! But I would never do that to my kids. I would never be quite so stark. My expectations are different, depending on the kid, but they know my wife and I expect them to do well. Maybe my dad was just being more honest.

The big difference: If I didn't do well, he'd say, "What did you do wrong?" With my kids, the conversation goes, "What part of this process isn't working?" We'll ask what they can do differently, but also we'll see what we can do about the structure, their schedule, and their teachers.

The assumption is that the kid is smart, and there are always adjustments that can be made. When I was growing up, I had a more Calvinistic sense -- either you're among the elect, or you're damned.

You've written about the imagination-squashing tendencies of contemporary kids' toys and entertainment. How do you fight that?

Sometimes, you have to readjust your vision as a parent and look at what your kids are actually doing. For example, with Legos, I had a gut reaction of disapproval for their imposition of an approved method of play with the Legos. I wanted something more open ended, the sort of play I remember as a child.

Then I realized the kids are getting a different kind of pleasure from it: the mixing and blending and the mash-up. The pastiche of the Harry Potter Lego set and the pirate Lego set mixed together with the Star Wars sets showed that they're coming up with these hybrid things that I really like.

In a way, that's what my fiction is like, too. Sometimes, you realize you still have your old glasses on, and you have to switch over to new lenses.

Chris Colin is a San Francisco-based freelancer and the author of What Really Happened to the Class of '93.