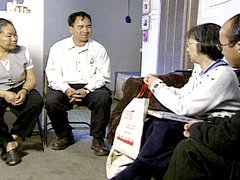 Editor's Note: Since this article was written in 2002, Susan B. Anthony Elementary School has stopped sending its teachers on home visits.

Some called it a throwaway school. Others considered it a school in peril. As far as first-year principal Carol Sharp was concerned, the Susan B. Anthony Elementary School, in Sacramento, California, had lost touch with the community. The overwhelming majority of students were performing below grade level, suspensions had peaked at 140 the previous year, and parents -- perhaps the single most important factor in a student's success -- had become spectators in their child's education.

That was 1998. Today, the school has been transformed. Student achievement has skyrocketed, suspensions have been all but eliminated, and parents are respected partners, not outsiders.

"It's like a dream," says Sharp of the incredible changes that have taken place at the school and in its surrounding community. But it wasn't a dream. The changes, as Sharp and others are quick to note, have come about as the result of hours and hours of hard work on the part of students, educators, and parents. They're the result, Sharp adds, of a commitment to building relationships between home and school so that everyone -- parents, teachers, and students -- work together toward common goals.

A Common Language: Interpreters at school functions and a successful home-visit program have helped build communication at Susan B. Anthony Elementary School, where as many as twenty-one languages are spoken.

Walk through the playground or step into a classroom at Susan B. Anthony and you'll see students from as many as twenty-one countries, many of whom speak languages other than English. (Sharp likens the school to what she calls a "mini United Nations.") Of the school's roughly 450 students, more than two-thirds are immigrants from countries in Southeast Asia, including Laos, Thailand, and Vietnam. Roughly 20 percent of the students are African American, and 12 percent are Hispanic. All live in poverty; 100 percent of the students receive free or reduced-priced lunches. The average parent has just a sixth-grade education.

"A lot of assumptions were made about why parents didn't come to school," says Sharp. "But in many cases, parents just needed to be asked. They needed to feel welcome."

Sandy Smith, former director of Sacramento Area Congregations Together (Sacramento ACT), a local community organization that began working with parents to identify needs and concerns, recalls some of the early meetings in which parents expressed their anger and frustration at having been shut out of the system. "They felt inadequate," she says. "They felt like they didn't belong at school. And they blamed themselves for their children's academic failures."

A Link to Learning: Improved test scores, increased attendance, and greater parent involvement are just a few of the changes attributed to home visits.

As parents, educators, and ACT staff members continued meeting, all recognized the considerable disconnect between home and school. And then, using a model developed by ACT parent leaders and staff, the teachers at Susan B. Anthony took a simple but radical step in the fall of 1998. With teachers at eight other low-performing schools in the Sacramento City Unified School District, the Susan B. Anthony staff began visiting the homes of students, going in pairs and bringing an interpreter or the school nurse when necessary. They spent time getting to know parents, seeing their students in their home environment, and they heard (often for the first time) of the hopes, dreams, and struggles of their families.

Teachers also used that initial home visit as an opportunity to share information with parents about a schoolwide restructuring effort designed to increase student achievement. "We told the community, 'This is a whole new ball game,'" recalls Sharp. "We let them know what we were doing to support their child and asked what we could do for them to support their family." Each home visit ended with an invitation to come to school to a celebration where Sharp and her staff would talk about a comprehensive plan for school improvement.

The impact of those first house calls was immediate and profound. Two months into the home-visit program, 600 people came to school for a potluck dinner and to hear about the school-improvement plan. It was the first of what would be many celebrations of the school's successes.

Throughout the city, there were parents just like those at Susan B. Anthony who were at a loss as to how to help their children. In 1998, Jocelyn Graves counted herself among the disaffected. Her son Timothy was in fourth grade at Mark Hopkins Elementary School when she received word that he was reading at just a second-grade level.

"I was devastated," recalls Graves. "How could I not know that my child wasn't reading at grade level? I felt like a failure."

Graves went to a meeting at her school, not really expecting much of anything to change. But the more she and other parents talked about feeling uncomfortable on the school campus, of being intimidated and thinking they weren't educated enough to be full participants in their children's education, the more Graves knew it was time for a change. With the support of Smith and Sacramento ACT, Graves and other parents became champions for home visits.

Like their colleagues at Susan B. Anthony, Mark Hopkins teachers began visiting the homes of their students in fall 1998. Graves remembers the first time a teacher visited her home as though it were yesterday.

"The teacher showed me how to make sure my son was understanding what he was reading by asking questions or asking him to write something about a story," says Graves. As important, she adds, "I learned not to be afraid to ask a teacher questions or to admit that I don't understand something."

As her son has moved on to middle school and now high school, Graves continues to advocate for his educational needs. "I don't wait for a teacher to contact me. Now I call teachers and set up appointments when I have questions or need help."

Preparing for Success: Teacher training is an integral part of Sacramento's home-visit program, which has been expanded to more than 400 schools throughout the state.

Throughout the 1998-99 school year, teachers in those first nine Sacramento schools made 3,000 home visits. The result was greater parent participation, fewer behavior problems, and continuous improvements on the state-mandated standardized tests.

The program's success wasn't lost on the school district -- or the State of California. Now, teachers in every school in the district participate in the voluntary program. Based on the success of the Sacramento effort, California offered $15 million in grants for both the 2000-01 and 2001-02 academic years to districts throughout the state interested in implementing a home-visit program.

Graves, for her part, has become an evangelist for the cause. She visits schools throughout California and the country to promote home visits as a means of building successful partnerships between parents and teachers and trains teachers who are preparing to embark on a home-visit program.

Her message is simple but profound: "We're all teachers. We all have to work together for our kids to achieve."