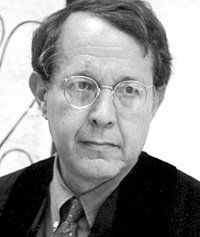 "'Start out tough and stick to the prescribed curriculum,' new teachers are too frequently advised. This, in my belief, is the worst possible advice.

Establishing a chemistry of trust between the children and ourselves is a great deal more important than to charge into the next three chapters of the social studies text or packaged reading system we have been provided: the same one that was used without success by previous instructors and to which the children are anesthetized by now. Entrap them first in fascination. Entrap them in a sense of merriment and hopeful expectations."

For more than 40 years, Jonathan Kozol has taught in, worked with, and written about America's inner-city public schools. His straight talk in best-selling books such as Savage Inequalities and Amazing Grace has made him a hero of many teachers, and he fiercely opposes government policies he believes perpetuate educational inequities.

In his newest book, Letters to a Young Teacher, Kozol takes aim at the test-driven curriculum proliferating in our educational system. Through a series of personal letters to Francesca, a fledgling first-grade teacher in Boston who invited him into her classroom, Kozol delivers sage advice, sharp criticism of the status quo, and stories of his own early teaching experiences. As Publishers Weekly remarked, it is "an impassioned book, not only for what it imparts of classroom doings but even more so for the obstacles increasingly being laid at teachers' hands."

These obstacles provided the platform for Kozol's talks at the New Teacher Center Symposium, held in San Jose, California, in February 2008. In his keynote speech and a follow-up session, Kozol frequently touched on the "mystical chemistry between students and teacher" he witnessed in Francesca's classroom.

He also seized the opportunity to opine on what he considers two of the biggest problems facing public schools today: staggering attrition rates among new teachers and the rigid instructional methods many schools employ because of federal No Child Left Behind legislation. Passionate, committed educators can attack inequity, he said, and he offered his audience of nearly 1,100 teachers, mentors, school leaders, and researchers advice for building relationships, fostering creativity, and standing up for their students.

"Fifty percent of young teachers in inner-city schools leave within the first three years. That's twice the rate of the nation," Kozol pointed out, revealing last year's findings from the National Education Association, which warned of a nationwide shortage of 3.9 million teachers by 2014. But Kozol noted that most of these new teachers don't blame students or scapegoat parents for why they leave the job: "They love the kids. They cry when they say good-bye."

Why do new teachers, especially those in high-needs schools, leave? Kozol cited two familiar reasons: working conditions and a test-crazed education culture: "They speak of the lack of structure, of emotional support from real teachers in their own profession." He dismissed the reliance of many school districts on so-called experts dispensing professional development from the outside.

Kozol underscored the importance of collegial relationships among teachers at the same school, which corresponds with the advice he gives in his book that new teachers seek out experienced educators on the staff, even if their pedagogy seems to differ. In Letters to a Young Teacher, he chastises first-year teachers who "look upon the veteran teachers in their schools as unsophisticated or not innovative."

Kozol added this comment about the best veteran teachers: "They bring a sense of personal stability and of assimilated selflessness into a faculty, as well as all the nuts and bolts of classroom management and of the good instructional approaches they've acquired.

"Many also can help first-year teachers in developing relationships with parents in the neighborhood," he said. "Sometimes, they've known three generations of the families who've passed through the school and can enrich young teachers with an understanding of the history of lived experience in the communities they serve."

The second reason new teachers leave the system, Kozol reported, is that they're "driven nuts" by the "miserable mania of obsessive testing being forced on these kids from No Child Left Behind." Kozol is urging U.S. senator Edward Kennedy to write a new education bill that holds states accountable for providing teachers and students with the real resources it takes to educate poor children.

In his San Jose talks, he argued vigorously against rote tests he deems "not diagnostic, not useful," and "a retroactive label of success or failure." Kozol warned against scripted curricula, which have predetermined the questions teachers are meant to ask and the answers students are supposed to give. "Pity the one maverick student with a different answer!" he quipped.

He also dismissed curriculum-pacing guides, which leave no room for students to ask questions or tell stories in the meandering sentences that mark childhood. "Good teachers know that sometimes at the end of these sentences are treasures," Kozol observed. And such educators use those treasures to engage and teach. "But in today's climate, the teacher is under pressure. There's no time," he lamented, adding that students' stories are too often cut short.

Teaching well, he claimed, takes "moral and ethical bravado." But Kozol did not suggest that educators ignore testing and run their classes with no compass. Instead, he offered specific advice to new teachers who want to work outside a test-driven curriculum: Make sure students achieve, and maintain a calm classroom.

"If you're going to defy some of this Adequate Yearly Progress madness, you've got to be really good at what you're doing," Kozol said, insisting that principals and superintendents want to keep teachers who ensure that their students achieve. "If you're going to introduce healthy, irreverent merriment, you've got to deliver the goods some way," he pointed out. "If you reject phonics, you have to make sure you teach kids to read. It's not enough to say they're happy. You have to have really high expectations of them."

Kozol argued that new teachers need to protect principals such as Francesca's, who supported her creativity, by not creating disorder in the classroom. "The best teachers do this not by shouting but by winning the affection of the kids so they don't want to make things hard," he said. "Then parents say good things to the principal, and that's the best defense."

Kozol suggested that teachers can use the time they save by leaving behind the scripted curriculum to delve deeply into great literature and encourage young learners' love of language. That's what he witnessed with Francesca. This woman, Kozol makes clear, is a wonderful new teacher. When he arrived in her classroom, she immediately put him to work. He spoke with a certain reverence about her class, which he described as "a piece of poetry, lyrical and lovely."

Francesca, he said, hadn't bought into the evangelism of certain reading instructional camps, but taught her first graders phonics through classic children's literature, such as The Hungry Caterpillar and Goodnight Moon, plus contemporary writing that reflected the ethnic backgrounds of her students, as well as adult poems from William Butler Yeats and Rainer Maria Rilke.

"Politicians believe that ruthless phonics will cure all ills of society," Kozol said. Because of this belief, educators will not universally accept Francesca's way of teaching. Kozol knows first-hand about teaching against the grain. In the mid-1960s, he was fired from his job in Boston's Roxbury neighborhood for reading a Langston Hughes poem in class. His dismissal, and the state of the city's segregated schools, inspired civil rights groups and normal citizens to protest.

"You're going to need a big dose of mischievous irreverence if you want to survive with your soul intact," Kozol said. "It takes bravery to do what Francesca did." According to Kozol, it's this type of bravery, plus attention to rigor and joy in the classroom, that new teachers and our public schools need.

For the development of new teachers, Kozol suggested showing them models of high-quality, exciting learning environments. "I would try to see if it's possible logistically to bring new teachers at high-needs schools to observe in the most successful, enlightened, nonscripted, non-test-driven, wealthy school districts," he said. "Let them see a different world."

Having witnessed the contrasting environment of well-supported schools, Kozol believes these new teachers will be emboldened to "see themselves not just as skilled practitioners but also as warriors for justice. If they won't speak out for their kids, who will?"