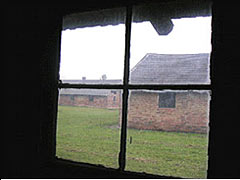 When I first walked into my new classroom, I noticed something very odd: There were no windows. This, I thought, is not going to be fun. But my classes turned that liability into an adventurous global project that has touched thousands of lives.

I teach international relations in a public high school on the east side of San Jose, California. To understand how countries relate, students must understand how people relate, and the first step in getting along is seeing the world through the eyes of others. With that principle in mind, a project was born: Outside My Window.

My students decided to make a virtual window consisting of photographs taken through the real windows of other people. We hoped these images would come from all over the world, giving distant people a chance to connect and create understanding. There were many challenges, however: We had to build a Web site that captured the idea and provided a way to post submitted images. We had to promote the idea to people overseas. We had to excite other schools. Plus, I had to prepare and teach a class every day.

The solution was to allow the students to organize their own nonprofit "company." They elected an executive team and then worked together. Also, each student sent an email to at least five people to solicit participation in the project and asked each one of them to forward the email to others. We designed and built the Web site using an online toolset available at www.godaddy.com, and we contacted international organizations.

Castle in the Czech Republic

It took months, but the photos came in. We now have more than one-hundred from all over the world, and more than 3,000 people have visited the site. We use a wireless network to download the photos and a color printer to create the images, which we post on our walls. Some photos are haunting, like the one taken at a concentration camp in Poland. Some are artful and colorful. Others are funny, like the one from Maine of a large bug on a window. Many simply show plain views from people's windows, because that's what life mostly is -- plain.

Iraqi mosque, from a helicopter window

Through this activity, we learned what works and what doesn't. For instance, projects must be bounded by reasonable time frames. Also, open-ended ideas can make group participation difficult. It has nevertheless been a rewarding experience. Students discovered the power of the Internet, and they learned about the difficulty of executing good ideas. They also figured out that, in a small way, they can touch the world. All from a room with no windows.

Mark Gross is a former high school teacher who now runs Schoolloop.com, a Web site designed to help schools and their communities work together for the success of all students..