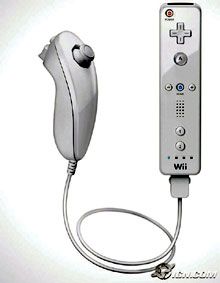 For those who've been under a rock (or buried in a busy classroom -- trust us, we understand), the Wii is today's hottest gaming console, vastly outselling the PlayStation and garnering gobs of media attention with its inventive and easily understood games. More than twenty-four million Wii units have sold globally, according to its maker, Nintendo.

Here's a thought: Why not take a tech platform that kids are already nuts about and put it to use? That was the thought at Cumberland Elementary School, in West Lafayette, Indiana, where first-grade teacher David Brantley used a parent donation to buy three Wii consoles. Brantley integrated some of the Wii's games and online channels into lessons on weather and geography. The result: "A great virtual map and globe activity," he says.

The Wii features a motion-sensitive controller that looks like a television remote control but can quickly sense the user's movements and translate them into on-screen action. The system also includes Internet access and a number of exclusive channels -- like news and weather forecasts -- in addition to traditional games.

Ongoing research shows that students learn more quickly and easily with instruction across multiple modalities or through a variety of media. So educators are eager for new tools, especially ones that are a hit with students.

Brantley also began using Wii games with his students, including the console's golf, bowling, and baseball offerings. These have players standing and swinging like in the real sports -- minus the ball that could go crashing through a classroom window. Using scorecards he found online, Brantley turned the fun into an opportunity to practice data recording and charting.

Brantley's colleague, kindergarten teacher Mary Ford, has also used the Wii sports games in a joint activity with an older class: Ford and third-grade teacher Laura Smith paired up their students for a game of bowling with a little real-world math practice thrown in. 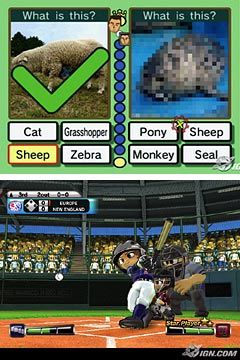 "As the children took turns bowling, we asked them, 'How many pins did each bowler knock down?' and 'How many more do they need to knock down to get a certain score?'" explains Ford. "The third graders were able to add double digits and use mental math and estimation to determine a bowler's final score."

Haueisen says she was skeptical about using the Wii, but her students' enthusiasm -- plus the valuable analytical skills the activities impart -- changed her mind. Now converted, she bought a console for her own family.

Haueisen also cites the ability of the Wii to motivate reluctant students. "One child honestly expressed his desire not to be in kindergarten if work was involved," Haueisen says. "Since the introduction of the Wii as a tool in his education, he willingly and diligently participates in class activities. Whenever he wavers, I explain how similar our class activities are to the activities he enjoys on the Wii, and he is back on task quickly."

Still, Haueisen has been wary of a potential pitfall in the competitive Wii games: The Big Brain games finish by flashing "Winner" and "Loser," promoting an attitude she hopes to avoid in her classroom. But so far, she says, class management emphasizing cooperation and zero tolerance for put-downs has kept students from seeing themselves and classmates through a winner-loser lens. In fact, when she asked students why they thought the class used the Wii, they listed various reasons, including fun, learning, and "Everyone's a winner."

Laila Weiris a contributing editor and writer for Edutopia. Her work has appeared in magazines, newspapers, and online publications around the world.

Game On: Integrating Gaming Technology into the Classroom

Sixty-five percent of teachers think games could help them better engage students, but just one in ten percent use any sort of educational computer game in class, according to a recent survey. Why the disconnect?

A clue might be provided in another statistic from Project Tomorrow's Speak Up survey: Forty-six percent of teachers said they'd like training on integrating gaming technologies into their classwork. Teachers want to use high tech games; they're just not sure how to.