One recent afternoon, twenty-six ninthgraders -- some rambunctious andplayful, some wearing skull-emblazonedsweatshirts -- swarmed into the cafeteria.After moving lunch tables to the side of the room,they shed flip-flops and formed a chant circle.Instructor Alison Hartle, her waist-length hair boundin a knot on her head, called out in Hawaiian, and thestudents responded, their voices sending stories of thenative fire goddess, Pele, reverberating around the room.

When the students moved on to a hula lesson,Hartle asked questions before each dance about wordsand coordinating movements, then clarified meaningsand demonstrated. Nearly an hour is devoted to dancing,with Hartle's chanting and drumming on a handmadeipu gourd providing the only accompaniment.

The Hoopla About Hula

Hula and Chant is a required course at the UniversityLaboratory School (ULS), a K-12 charter school runout of the University of Hawaii's College of Education,in Honolulu. The school has existed in various formssince the late 1800s -- first as a teacher-training school,then as a laboratory for curriculum, research, and development.

In the 1970s, when a statewide renaissance ofHawaiian history and culture brought traditions such ashula and chant back into the public sphere, ULS injectedthose traditions directly into the curriculum, creatingcourses such as Hawaiian Language and Oral Historiesof the Pacific, and now Hula and Chant, Hawaiian andPacific Studies, and Modern Hawaiian History. The schoolprovides a culturally and arts-enriched curriculum to across-section of Oahu's kids, giving equal emphasis tosubjects like hula and literature and using skills fromall subject areas to inform instruction in every class.

A few years ago, ULS began requiring all ninthgraders to take one semester of hula. Through dailypractice, students experience its depth. "There's meaningbehind it -- it's an art form, it tells stories, and it ishistory and culture all in one," Hartle explains. "It's ateaching tool for so many different facets of the culture."

The abundance of storytelling and interpretationmake hula class as much about literature as about dance.Hartle assigns vocabulary from hulas and chants, andmany students use a Hawaiian dictionary online tofind definitions. "Then I explain context and kaona,the underlying meanings," she says. In today's class, astudent asks, "What's ami?" Explaining the quick,circular hip movement that eludes many students,Hartle explains, "Ami means 'A hinge,' like a joint, so themovement should look like a hinge in motion."

The complexity of the Hawaiian language allowsHartle to weave in other types of academic skills."Hawaiian is a very poetic language, where you say one thing literally and there are different layers of meaning underneath,"she says. "We talk about all of that because I give it tothem as their kuleana, the responsibility of knowing what they'redancing about."

Student Miranda Glenn admits the vocabularyhomework helps. "Since most of us -- actually, all of us -- don'tspeak Hawaiian, it's mostly just a lot of memorization with thehands. If you know the actual story line, it's a little bit easier toremember what you're trying to do so you don't mix up theflowers with the lava." Then she demonstrates, moving herhands gracefully to mimic a lava flow.

The Dance of Art and Academics

This marriage of academics and performance exemplifies thevision of ULS, according to counselor Tracy Teixeira. "Everybodyis involved in art, PE, music, and science every single day. It'skind of like a renaissance school where we believe everything isof equal importance," she says. "Math is not more importantthan performing arts, English, PE, or social studies."

What students do in those classes also distinguishes ULS."We're a performance-based school," explains Teixeira."Everybody is a doer." Don Young, interim dean of the universityCollege of Education, adds, "The underlying philosophy isthat students should be engaged in the discipline in the sameway as a practitioner."

In algebra, for example, students aregiven challenging problems they haven't engaged with at school,and they work out potential solutions at home. The next dayin class, they share solutions with a small group, which thenshares their preferred method with the class, with the teacherfacilitating conversation. "This method gets at inventing solutionsto problems, because that's what mathematicians do,"says Young. "They're problem solvers and teachers."

Using inquiry to tap students' natural curiosity is another tenetof this practitioner model. Sixth-grade science teachers, for example,challenge students with the problem of a Cartesian diver -- a historical standby in physical science instruction. Young explains,"A floating object in water, like a baby bottle, sinks when yousqueeze the sides and apply pressure. When you release pressure, itfloats." Students wrestle with the questions: What's going on inthe system, and how does it work?

"Even sixth graders, after theydefine the underlying problems and decide how to measure, candetermine the density of a diver at different positions," he adds.

In the new senior project, driven by individualstudent interests, one student, who wants to join the FBI, spenta semester working at a Honolulu police station in the CrimeStoppers division, while another student, with theatrical talents,presented her own production of The Vagina Monologues.

Unlike as with some other arts-based schools, ULS's 400-pluspopulation is intentionally diverse, according to Young, andhe adds, "Students have been selected to represent a cross-sectionof the state population in terms of ability levels, economiclevels, and ethnicity." The successful heterogeneity of all classesis another core principle. "This is our grand experiment: How dowe create a school where all students are learning to a high level?"Young says. "We don't do tracking. We don't think it's appropriate,and we've been able to prove it's not educationally sound."

ULS can corroborate such statements through the university'sCollege of Education evaluations. The recent annual reportshows a daily attendance rate of more than 95 percent, andadministrators report virtually no dropouts. Though Youngasserts that "we don't worry about test scores -- we never have,"results are impressive nonetheless.

The school benefits from this university relationship bothpedagogically and financially. Teachers partner with and havedaily access to university faculty," says Young. And thoughULS receives the same per-pupil funding as other Hawaiiancharter schools, the university offsets some costs, like those forfacilities and maintenance. But the school also retains itsunique classes through what Young calls "creative scheduling" -- like giving students PE credit for hula. 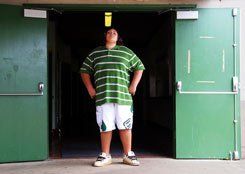 Just one afternoon in hula class provides ample evidence thateducation here, wrapped in a rich Hawaiian heritage, isn't merelytheoretical. Logan Meyer, a tall boy with a wide smile, brags thathe memorized today's chant on the first day. As a young child, heignored his grandmother's attempts to interest him in hula, butthis class has unearthed his hidden talent. "It was like a rhythm,so I just started saying it as a rhythm and it got easier after that,"he explains. "Plus, my mom knew it, so that helped me, too."

Lisa Morehouse, on leave from teaching at San Francisco'sBalboa High School, is an intern with The California Report,on KQED public radio.

Go to "How to Get Students to Use New Skills."