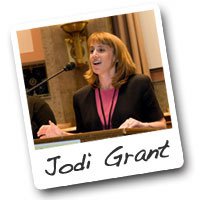 Lest anyone doubt the reach of America's after-school woes -- more than 14 million K-12 students, including 40,000 kindergartners and almost 4 million middle school students, take care of themselves after school -- it appears even the economy is suffering: A new study by Catalyst and the Women's Studies Research Center at Brandeis University, shows that the workplace productivity of U.S. parents suffers when they are worried about what their kids are doing after school.

Just 6.5 million children attend after-school programs, but the parents of another 15.3 million children say their kids would participate if a program were available. And even for kids who do have after-school activities, many require transit to disparate locations, putting an extra burden on parents and the urban infrastructure.

More on Learning Around the Clock

At the same time, overcrowded and underfunded schools across America often struggle just to teach the basics of math, science, and English -- leaving art and culture, fitness, and health to languish. Then there is the achievement gap between American kids and their fellow students in other wealthy, industrialized nations.

That's where the Afterschool Alliance comes in. The organization's goal is for all children, regardless of economic and cultural background, to have access to after-school programs by 2010. Jodi Grant, the organization's executive director, spoke with Edutopia.org recently.

Will the Democratic takeover of Congress help funding for after-school programs?

We seem to get that question a lot lately. I think after-school programs are better positioned than other issues because we have bipartisan support, and we'd like to see after-school programs funded at $2.5 billion in this Congress. But I started my career on the Senate Budget Committee, and the truth is that the budget is horribly tight. I don't think we're going to see huge infusions of money for any program.

Last year, a lot of us in the education community were supportive of senators Specter and Harkin, a bipartisan team who actually wanted to put money back into an appropriations bill that funds labor, health, and education programs. It was $7 billion, and the bulk of the Senate voted for it -- about seventy-three members, I believe. And all it did was restore funding to 2005 levels.

Studies show Americans favor after-school programs almost universally, at over 90 percent approval. But do they support funding for it as well?

We did an election-eve poll out in the field. More than two-thirds, about 69 percent, said they were willing to pay more in taxes if there were an increase in investment in after-school programs. One of our challenges as an organization, though, is that people want their kids to be safe and they're worried about crime, but they don't always understand how much enrichment is going on in these programs: job training, tutoring, mentoring, hands-on learning. When people find out about that, they're even more supportive.

The term "after-school program" can mean a lot of things. What do the successful ones have in common?

The first thing is, it's not one-size-fits-all. The best programs are the ones that know their kids and adjust to the needs of the kids and their community. That said, more and more of the best programs have a combination of an academic component and a fun component, although they don't have to be mutually exclusive. Something like cooking is a good example: It's chemistry, it's math and fractions, it's agriculture and biology, it's art. With thought, you can turn almost any activity into a learning activity. There's an academic component, but we're also giving kids a chance to be kids.

And, to that end, I think a lot of it is having the kids tell you what the programming should look like. There's one program I know of in California that is very cooking oriented, because a lot of the kids come from working families. They wanted to go home and cook for them, both as something to contribute and because they didn't want to eat the same things over and over.

And that is a reminder of how after-school programs can also encourage better health and nutrition, especially because childhood obesity is a significant issue.

There's a huge angle with health care. Part of it is learning about eating habits, but of course kids who are in after-school programs have access to snacks and, in seven states, even hot suppers. Then there's the fitness component -- giving kids a chance to exercise and run around.

That wouldn't quite cut it, but we do struggle with the definition of an after-school program. Also, for older kids, that definition is different from what it is for younger children. Ultimately, it's about more than one activity. A lot of successful after-school programs wrap themselves around activities like sports. There are a lot of tremendous programs that are oriented around soccer or basketball or track, for example, but they'll also have some time for tutoring and mentoring and other activities. There's a sense that it's all learning.

So, it's really about creating a spectrum of activities.

I think that's exactly right, but especially in the last five years, because of the No Child Left Behind legislation, more and more of these programs really do have an academic component. There are electives and classes, not just something you drop into. I remember visiting a program in Akron, Ohio, that had an African-drumming class for kids, and they were using a lot of African literature to link the culture to the playing.

How much of a role do public-private partnerships play?

There are lots of them. For any program that gets federal 21st Century Community Learning Centers funds -- and that's a big funding stream, at almost $1 billion -- you have to have a minimum of five partners to apply for the grant. And I think that's one of the real strengths of after-school programs: It's a tremendous opportunity to bring in other resources.

We've seen museums, colleges, and nonprofit organizations like Boys and Girls Clubs, the Y, 4-H, sometimes faith-based organizations, local rotary clubs, get involved. In some cases, we'll see a mental health provider come in as a partner in communities grappling with certain social issues. They'll come in and educate kids or, if they need it, offer treatment.

We've also seen a lot of businesses that get excited about using after-school programs as a chance to teach job skills. For older kids, some programs incorporate internships so they can start thinking about the future and their careers. There's a real concern right now that our kids aren't performing in math and science the way they should. If you do a workshop with, say, an architect, suddenly the kids are saying, "I want to build a building. How do I do it?" The architects will tell them they've got to understand how things like geometry go into their jobs. And that's when the lightbulb goes off.

There's an after-school program in Spanish Harlem that works with Barnes & Noble with kids learning to create books. They publish them and have readings for families. There's another one with comic books and the kids producing them. These are relatively young kids, and suddenly they're imagining themselves in these roles, and understanding how school is the path to that.

How does the accessibility of after-school programs break down across different economic levels, classes, and cultural backgrounds?

We've found that kids of color are disproportionately poorly served. Their needs aren't being met. But more than 70 percent of families have either a single parent that is working or both parents in a two-parent family who are working. This is a huge, universal need. It's not just low and middle income but upper income as well. And I think that's a strength of after-school programs: Everybody realizes a high-quality program is going to benefit all kids.

The truth is that for a lot of the kids who are better off, their families find ways to provide them with these kinds of extracurricular activities, because they know how valuable they are. And if we want to create a level playing field, let's find a way to make these available to all kids.

What are some of the most important factors, besides funding, in accomplishing that availability?

We don't go in and assess programs, but they have to be good-quality programs. Trying to share best practices is important, and that's good for the programs themselves, so they can constantly be evaluating and assessing themselves, getting the tools so that they can be better programs.

Another key component is that we still have a massive hurdle in educating policy makers, the media, and the public at large about what's going on in today's after-school programs. It's great that they support it, but they would be even more willing to put money into it if they really knew what was going on -- if they knew about, for example, all the studies out there showing all the benefits of a high-quality program. The bulk of our work is getting the word out there.

In terms of learning specifically, how do in-school and after-school programs differ from and complement each other?

One of the great values of after-school is hands-on learning. You absolutely need to be able to evaluate kids, but we don't get into testing. For a lot of these kids, I think learning in this different way is a huge plus. For some of them, it's more visual learning, as opposed to book learning. Whether it's as kids or as adults, as with so many things in life, you learn how to do it not because you read about it in a book but because you went out and did it.

Also, obviously, there are lots of things we want to teach children that there isn't time for in the school day, because it's increasingly reserved for basics such as math, English, history, or science.

I think we need to be careful, because a lot of people are saying after-school programs are a great opportunity where you can learn about culture, music, art. And I absolutely agree: I think that's a strength of such programs. But that doesn't mean it shouldn't be happening during the school day, too. It can be complementing it. Our emphasis is making those after-school hours as productive as possible.

My daughter was in an after-school program last year, and they would study various cultures and heritages each month. She was in kindergarten, so we're talking young kids. But they would eat the foods of that culture. They would study the history. They might do drawings and paintings from that era. They'd look at some of the traditional dress. It was a holistic approach to something in a fun way.

Here in Washington, DC, there's a lot of diversity, especially with the World Bank and all the embassies, so if any of the kids had a certain heritage, they could talk about it. In another area, you might have a large Native American population, and that's where they're teaching language and keeping the heritage alive. It's all about engaging the kids and doing so with a holistic approach.

What kind of participation levels are there in the existing after-school programs?

One of the things we found from the programs that responded to our survey was that 75 percent were at or above capacity. The big thing for me is just that there's a huge, unmet need. On any given day, there are 14.3 million kids going unsupervised without any adults around. That has a shock value. Rather than having those kids being home alone or on the streets, we have this unbelievable opportunity. And, at its best, it's bringing people together. Schools can't do everything, but this is a way for the community to help support the school.