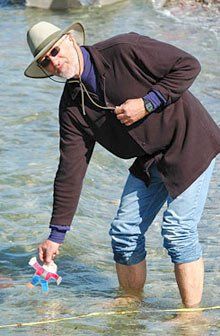 In 1995, third-grade teacher Dale Hubert, from London, Ontario, was searching for a way to inject a bit of pizzazz into his literary-arts curriculum. Hubert -- who has been teaching since 1979 -- found immediate inspiration in Stanley Lambchop, a lovable character from Flat Stanley, a book about a boy who gets squashed by a bulletin board and then happily discovers that he's slim enough to travel in an envelope.

Thinking about the ways that life can imitate art, Hubert launched what he called the Flat Stanley Project. He asked his students to create their own "flat people" out of paper and to write stories about their adventures in a journal. Then, they sent the flat people and the journals out to classrooms throughout North America that Hubert had contacted using what was, at the time, a new technology: the Internet.

Today, the project has become a veritable global phenomenon, and because of it, thousands of children from more than forty countries have exchanged pictures, stories, and goodwill, turning a half-inch-thin storybook character into a cultural icon. Flat Stanley look-alikes have even been photographed with Clint Eastwood on Oscar night, soared aboard a space shuttle, and visited heads of state around the globe. But now, as the project enters its thirteenth year, Hubert might be forced to pull the plug on the popular project.

Citing legal challenges from the estate of Jeff Brown, the late author of the original Flat Stanley book, Hubert posted a message on the project home page that reads, "Sadly, the Flat Stanley Project may be forced to end." Letters of support illustrating the project's -- and the character's -- far reach have since poured in.

Tracie Bryson, a teacher from Birmingham, Alabama, is one fan who wrote in to protest the legal developments: "I used Flat Stanley as a part of my national-board-certification process. This project is an innovative and fun way to teach social studies along with reading. My students begged me to read the other Flat Stanley books to them. It is rare that you have kids wanting to listen to or read a story rather than go to PE or even lunch."

Kristof De Waegemaeker, a teacher from Belgium, said, "This project gave the students the opportunity to actively learn about different cultures and countries. Therefore, it would be a terrible loss for our school and students if the Flat Stanley Project were to be terminated. I sincerely hope that a solution can be found and that the project can go on for many years to come."

Credit: Courtesy of Brenda Lyles
Self-Image: Students use digital photos of themselves to make their own versions of Flat Stanley. 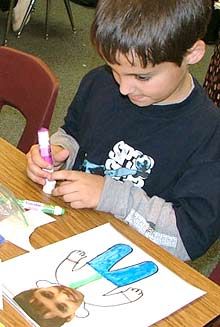 Credit: Courtesy of Brenda Lyles
Self-Image: Students use digital photos of themselves to make their own versions of Flat Stanley.

Trouble in the "Flatlands"

Hubert runs the Flat Stanley Project almost single-handedly through a charitable foundation called the Literacy Community, and he says he has never earned a penny for his efforts in building what he calls the "flatlands." But he recognizes the compelling commercial power of Flat Stanley. For instance, there's now a musical about the charming character, an expanded line of Flat Stanley books, and even talk of a film deal. "We've certainly helped grow the brand," opines Hubert, who says he had to special order the nearly out-of-print book back when he began the project.

And this is where things get tricky, legally speaking. Where does Flat Stanley the book end and Flat Stanley the nonprofit project begin? Since Brown's death in 2003, Hubert and Brown's estate have been in protracted negotiations in an attempt to come to terms over trademark issues and ownership of the URL flatstanley.com. But now the situation has become more urgent. Hubert says, "The estate recently told me that it would take flatstanley.com from me -- by legal means if necessary -- and then 'allow' me to continue my project." That may hint at a court fight Hubert says he can't afford. And without an official agreement, Hubert says he is unable to pursue sponsorship for his nonprofit project.

"It would be nice to come to an agreement so that these two properties could coexist to the mutual benefit of each," says Hubert. "As a third-grade teacher, I don't have the resources for a legal battle. Maybe there are better ways to use my time." (Marc Ginsberg, spokesperson for the trust that owns the rights to the Flat Stanley character, did not respond to requests for comment.)

Flat Family to the Rescue

Hubert says he has a new idea that would enable teachers to continue their global collaborations if these legal issues cannot be resolved quickly. He calls it the Flat Family Project and envisions children exchanging paper versions of their own family members. "As many advantages as Flat Stanley provides, he happens to be a little, white, male character," notes Hubert. "With the Flat Family, we could have people of color, females, extended family, grandparents -- even pets!"

Hubert says the two qualities that have made the Flat Stanley Project a success -- its flexibility and its simplicity -- are the same ones that would make it easy to redirect the focus of the project onto families.

Here's how the Flat Stanley Project typically works: Students make and personalize their own flat people and start a journal that describes their characters' likes and dislikes, or their local community. The students then place the flat people and the journal in an envelope (or scan and attach them to an email), and off they go to either a predesignated classroom or a destination the students or teachers have chosen. (Students from Dallas, for example, recently sent their flat people to soldiers in Iraq.)

On the other end, the recipients treat their flat visitors like special guests. The hosts take them sightseeing, adding daily journal updates that chronicle the adventures their flat guests experience in this new community. At the visit's end, the flat people and the journals return home, sometimes accompanied by a collection of souvenirs. 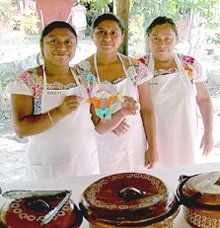 Because of its open-ended design, there are already myriad variations on the project. "I've seen thousands of teachers take the idea and run with it," Hubert says. "They're inspired by the concept, and then they individualize it for their own students' needs." Hubert shares innovative ideas on the project Web site along with a multimedia gallery of examples.

The wide range of songs, videos, and photos featuring Flat Stanley illustrates the many ways teachers can customize the project. When one classroom's flat people traveled to a research station in Antarctica, it set the stage for science-related activities back at school. In addition, students can meet geography-curriculum standards when they track their flat people's travels on a paper map or by using Google Earth.

In the beginning, teachers did the project primarily with elementary school students. But teachers have found that the project can work with older students, too. In Indonesia, for example, high school students use the project to practice their English. "These girls are writing about Flat Stanley getting involved in romances and having his heart broken," Hubert says. "It's an outlet for talking about their emotions and the feelings that come with growing up."

Despite the numerous offshoots, Hubert says there's a common thread running through all of these activities -- the use of meaningful communication activities to develop literacy and language skills. "With a traditional pen pal project, it can be hard for some students to know what to say," Hubert notes. "But when you've got Flat Stanley, it's as if you have a mutual friend. You have this third person that both parties can relate to, and suddenly, it opens the door to imagination and communication."

Over the years, Hubert has dreamed up creative and meaningful variations for the project himself. For example, Hubert would like to reach out to kids in children's hospitals. "Imagine some very sick kids sending out a flat person," he says, "and traveling to places they may never be able to get to in real life."

He's even entertained the idea of orchestrating an exchange between schools in Israel and Palestine. "Flat Stanley for world peace -- it's not too far off," he says. "He's quite a goodwill ambassador." Indeed, the U.S. Department of State encourages participation in the Flat Stanley Project to celebrate International Education Week 2008.

With all these high-minded visions for Flat Stanley, Hubert says, he's still hopeful that the legal issues with the estate can be resolved and that the project will remain alive and well. He's optimistic, because after nearly thirty years of teaching, he's learned a thing or two about diplomacy: "When kids are fighting, we elementary teachers always try to find a win-win situation," Hubert observes. "I'm still hoping to find a way that allows everybody to get along."

How To: Flat Stanley as a Technology Gateway

For teachers new to technology integration, the Flat Stanley Project offers an accessible entry point. When Dale Hubert started the project in the mid-1990s, regular Internet use was still new, especially in education, so he intentionally avoided creating a flashy project Web site.

Today, the site remains pleasantly lo-fi, and teachers can still choose to use letter writing and snail mail as the basis for the project. But tech options have become increasingly popular, and some instructors incorporate videoconferencing, webcams, blogs, Google Earth, and other Web 2.0 tools to facilitate global dialogues. Using digital photography, for example, numerous students have added images of their own face to their flat people to make the exchanges feel more personal. Students now send photos to the exchange classrooms via email or on the Web. For instance, the online photo-sharing site Flickr has more than 10,000 digital images with the tag "Flat Stanley." Observes Hubert, "The Flat Stanley Project can be a gateway to new technologies."

This has certainly been the case in South Carolina, where the Chesterfield School District -- supported by a federal Enhancing Education Through Technology grant -- developed an award-winning project called Flat Stanley Goes Hi-Tech.

To build language arts skills and cultural literacy, elementary school students from the school district engaged in Flat Stanley exchanges using webcams, email, and digital photography throughout the year. They interacted with kids at schools in Chile and Nova Scotia, Canada. Meanwhile, Chesterfield middle school students recorded each step of the project to create a documentary film that the district now uses for professional development about technology integration.

In this rural county, where school buses still sometimes travel on dirt roads, the Flat Stanley Project allowed students "to see things they would never see," says Pat Hendrickson, a district technology coach. "We don't have art museums or movie theaters here," adds her colleague Brenda Lyles. But through the travels of their flat people, Chesterfield students have a chance to visit and speak with people from around the world.

Increased student engagement seems to be a universal benefit of the project, no matter which country or culture the students come from. A seven-year-old Canadian girl, for example, was so inspired by the adventures of her Flat Stanley -- which included a meeting with Prime Minister Stephen Harper -- that she says she has decided to go into politics someday. "If my Flat Stanley can make it to the prime minister's office," she told her local newspaper, "then so can I." -- SB