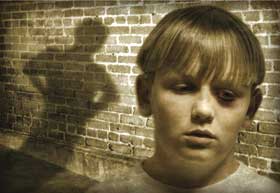 Last year, Lakeside Middle School, in Millville, New Jersey, received disturbing news: It had been added to the state's list of "persistently dangerous" schools. The parents, staff, and students were stunned. None considered the school dangerous.

Though the community disagreed with the designation (which, the school believes, was the result of overreporting of school fights), it used the information as an opportunity to recommit parents, teachers, and students to stopping all forms of school violence.

Lakeside already had a successful Peace and Respect Initiative that offered special treats or class parties to students to keep the school fight free. Students were encouraged to report fights, rather than simply watch as students came to blows. But here was a chance to drill deeper into the issue of school safety. To help every student feel safe at school, Lakeside took on a precursor to fighting -- and one of the most serious behavior issues facing schools today: bullying.

"Our philosophy is not to dish out consequences in a vengeful way but to change the behavior of the bully," explains Vice Principal Tom Denning. Lakeside and the community launched a comprehensive program on bullying awareness and prevention. Using a federal grant from the Safe Schools/Healthy Students Initiative, the school implemented the Second Step violence-prevention program, which includes bullying intervention as a key component.

For staff, the school began offering new courses and training in anger management, classroom discipline, and social and emotional learning. An on-staff mental health counselor worked with students and staff to teach them how to address behavior issues as they arise, rather than let them simmer until they explode.

Menace of the Meanies

Most adults remember their school bullies, often with visceral clarity. Every school has them. But whereas free-swinging kids once were shrugged off with limp phrases like "Boys will be boys," police investigations have disclosed that bullying is usually the root cause of school shootings.

Bullying seems alarmingly common. More than 16 percent of U.S. schoolchildren said they'd recently been bullied, according to a 2001 survey by the National Institute of Child Health and Human Development. Some estimates are higher. In a 1999 survey of nearly 4,500 third graders in Maine by the Maine Project Against Bullying, 23 percent said they'd been threatened, 40 percent called hurtful names, and 38 percent hit, kicked, or pushed.

Bullying takes many forms: hitting, spreading rumors, name-calling, threats, and social isolation (see "Mean Girls," below). A bully usually chooses a weaker, smaller, or more sensitive student as a target. Kids who are perceived as "brains," or are disabled, gay or sexually ambivalent, new to the school or area, or different in some other way are typically picked on. Bullies often play to a group of bystanders; their goal is to create an imbalance of power by humiliating one child and gaining the "loyalty" of bystanders who want to avoid becoming the next victim.

Changing everyone's behavior is the crux of an effective bullying-prevention program, experts say. "A program cannot address only a few kids; it must be schoolwide," says William Lassiter of the Center for the Prevention of School Violence. "It must also reach into the community because bullying happens there as much as at school -- on the way home, in Little League, and at Boy Scouts."

And on the school bus. In February, a twelve-year-old boy in Florida was beaten up by six bullies during a bus ride. The incident was captured on a surveillance tape and made national news. But any kid will tell you that a lot of bullying occurs on the way to and from school. The bus, the walk home, and the cafeteria are also popular bully haunts -- places where adults typically don't see the offending behavior.

Any successful program on bullying prevention and awareness has to begin with education: Students, teachers, and parents need to know how to identify bullying and how destructive it is.

"From education, you have to move quickly to intervention," advises Chuck Saufler of the Maine Project Against Bullying. "Every adult who works in the school -- teachers, parent volunteers, food-service workers -- must be trained in how to intervene." Saufler suggests starting with a survey to find out when, where, and by whom bullying occurs.

But there's no quick fix. After education and intervention, the effort must be vigilant and ongoing. The end result is to change the culture of the school -- and to maintain that change -- so bullying isn't accepted.

"We have zero tolerance for bullying," says Denning. "We love the kids and we respect them and we don't turn our back on them. We have our eyes on the kids from the time they come in until the time they leave."

One year after Lakeside was labeled "persistently dangerous," the school's efforts to educate the school community about the dangers of bullying are paying off. The school is no longer labeled as dangerous, and parents, teachers, and students see a change in the school culture.

Christi Finney's daughter, a student at Lakeside, offers a good example. "Whitney might be susceptible to bullying," her mom says, "because she's different. She has Down syndrome. But the kids here know her and look out for her. I think that's because of the character education."

Two new programs this year extend the school's efforts. Lakeside principal Kevin Laughlin will join with principals throughout the district in a program sponsored by the New Jersey Attorney General's Office of Biased Crimes. Together they'll arrange workshops for teachers and students on bullying and sexual-harassment prevention. The school also participates in a national initiative called 15+ Make Time to Listen . . . Take Time to Talk. The program provides information about bullying and other child-development and safety issues. It also helps develop the tools necessary to communicate with children about what the program calls the "climate of fear created by bullying."

Janet Oliver, the mother of two Lakeside students, hopes that efforts to end bullying will make school a safer, more comfortable place for her children. "Aggression is part of life," says Oliver. "But we can teach our kids kinder ways of dealing with each other."

Christina Wood is a freelance writer living in North Carolina.

Check out our Bullying Prevention landing page for more resources.

When girls bully, there may be no telltale bruises, but the damage is no less devastating to the victim. Just ask the tens of thousands of girls who are ostracized, ridiculed, and made to feel worthless every day by their peers.

Bullying by girls -- often called relational bullying -- is social rather than physical. The bully organizes a group to shun or punish one girl. The victim's classmates, not wanting to be the target themselves, follow the bully's lead, even though they may actually like the girl being snubbed.

"Adults often ignore this form of bullying or don't notice it,” says Erica Dauber, communications director for the Ophelia Project, which is dedicated to creating a safe emotional climate in schools. But this type of behavior is very common. "We see it from infancy to the retirement home," says Dauber.

In kindergarten, a victim might be excluded from birthday parties. In middle school, she may be ridiculed and made to sit alone. In high school, the aggressor might spread rumors to isolate her target. At every age, it's traumatic for the victim. "It attacks basic self-esteem,” says Dauber. "We hear a lot of suicide stories about victims. Girls need to feel they belong. If they don't get that from their peers, they need caring adults to turn to so they won't feel like, 'I want to die.'"

Independent filmmaker Roberta McMillan trained a camera on one case of relational bullying to show how damaging it can be when a girl feels she has nowhere to turn. "The bully doesn't see her victim as a person," says McMillan. "And she doesn't see the result of her actions."

Rats and Bullies, McMillan's film, focuses on the tragedy of Dawn-Marie Wesley of Mission, British Columbia. The fourteen-year-old was relentlessly tormented by former friends, and in despair she hung herself in her bedroom. A suicide note named her bullies. The case led to a significant court decision that found two of the bullies guilty of "uttering threats." By interviewing Dawn-Marie's brother, who found her body, her parents, now divorced, Dawn-Marie's best friend, who carries the guilt of not "ratting," and one of the bullies, who "never meant it to go that far," the film demonstrates that for girls, the social world is often their entire world. Without help, many cannot see past it. -- CW