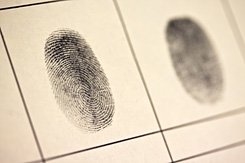 The unreliability of eyewitness reports is well known, and, thankfully, the court's reliance on such testimony is changing as resources such as video and DNA evidence become more sophisticated and more accessible. (See the Edutopia.org article "Bearing Witness: DNA Throws the Book at Mistaken Identity.")

Whether you teach history, sociology, psychology, or science, the research into eyewitness testimony can make for fascinating classroom learning. Take a look at these resources:

Elizabeth Loftus
A Frontline interview with a psychology professor distinguished for her research on memory, part of a feature called “What Jennifer Saw.”

Elizabeth F. Loftus
A page on the University of California, Irvine, Web site that lists selected publications from the memory expert, and other resources.

"Expert Testimony on Eyewitness Identification: A New Pair of Glasses for the Jury"
A preview of an article in the American Criminal Law Review.

"Eyewitness Testimony"
A page on the Marquette University Web site that provides links to analysis of claims made by witnesses of John F. Kennedy's assassination.

Eyewitness Testimony
A page on the Web site of the University of California at San Diego that gives a snapshot of information to get discussion started.

"Eyewitness Testimony, Memory, and Assassination Research"
A paper by Dennis Ford and Mark Zaid on the Marquette University Web site that discusses the fallibility of eyewitness testimony in the context of John F. Kennedy's assassination.

"The Eyewitnesses"
A page on the JFK Assassination Resources Online Web site that features a list of links to eyewitness testimony about John F. Kennedy's assassination, the killing of police officer J.D. Tippit, and the arrest of Lee Harvey Oswald.

"Misidentification: The Caprices of Eyewitness Testimony in Criminal Cases"
An article published by the Center for Criminal Justice Advocacy.

"Wrongful Conviction: 50% of Mistaken Eyewitnesses Certain After Positive Feedback"
The role of suggestibility in memory, from PsyBlog Web site.

"Eyewitness Testimony and Memory"
An essay in About.com's Agnoticism/Atheism section.

"The Magic of the Mind"
An excerpt from Witness for the Defense: The Accused, the Eyewitness, and the Expert Who Puts Memory on Trial, by Elizabeth Loftus and Katherine Ketcham.

False Memory and Eyewitness Testimony
Video of a presentation by magician Brian Brushwood.

Testing the Accuracy of Eyewitness Testimony
A science-project idea for testing witness reliability.