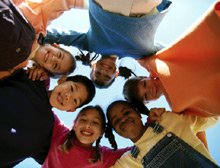 So much of what we believe is necessary to enrich the current education culture can be better accommodated in what the Charles Stewart Mott Foundation's Task Force on Time, Learning, and Afterschool describes as "a new day for learning." Project-based lessons with broad access made possible by technology, customized curricula that satisfies many learning styles (as well as high standards), and service learning on a timeline that brings students into the community when the community needs them the most -- these strides cannot be made in a claustrophobic time slot.

But I would like to add an item to the list. Though my suggestion may seem counterintuitive, especially because it is a mode of learning that predates formal schooling, it is just as important as any twenty-first-century invention. What I refer to is play. Not activities, not scheduled enrichment, not physical education, but a pursuit the American Academy of Pediatrics (AAP) calls "free, child-driven, creative play," the kind of play, they say in a recent report on the subject, that "contributes to the cognitive, physical, social, and emotional well-being of children and youth." It also is vital to the development of imagination, dexterity, and a healthy brain, as well as a means of protection against pressure and stress, and a potential defense again obesity.

"Play," the report concludes, "helps children develop new competencies that lead to enhanced confidence and the resiliency they will need to face future challenges." It is an impressive claim for an activity that requires no technology, no lesson plan, and no extra cost. But I believe it, because I have seen it.

Just recently, as I was sitting in the kitchen, hidden behind the newspaper, I was privy to a spate of free play involving my ten-year-old daughter and her best friend. They had plucked a catalog from the recycling bin and were taking turns presenting made-up current-events reports to each other using images from the dog-eared pages. These were detailed accounts, complete with question-and-answer periods, about "double horseback riding" clubs and an organization called Just Like Me, in which girls in the United States would become pen pals with girls of their same ethnic background in the countries of origin around the world. I stopped myself from interrupting this creative reverie with the suggestion that the girls actually start such a group, and they moved on, possibly sensing a killjoy in the room, to hold auditions near the piano for members of a girl group about to start a world tour.

It is not hard for me, or any adult who has even a vague recollection of his or her childhood, to believe researchers who claim that "when play is allowed to be child driven, children practice decision-making skills, move at their own pace, discover their own areas of interest, and ultimately engage fully in the passions they wish to pursue." Why, then, has free play lost its primacy in the hierarchy of education fundamentals? Why are school districts dramatically reducing the time allotted for play, even for kindergartners, who, at the ripe old age of five, must make room for academics?

As much as anything else, the AAP's report on play is a plea to adults of every stripe -- parents, teachers, and pediatricians -- to restore free play to its rightful place at the top of the developmental heap, acknowledging it for what we know it to be: not just goofing off, but a boon to academic, social, and emotional excellence and, the report adds, "a simple joy that is a cherished part of childhood."

As we scramble in a panic of test dread to ransack the so-called free time of childhood for supervised learning, we believe ourselves to be ensuring the continued economic success of the country, preparing our kids to excel in the adult roles we wish them to occupy -- soon and with palpable finesse. What we need to keep in mind is that play -- not just ten minutes of recess and a hurried lunch, but enough time to spin some fantastic yarns or perform a Cheetah Girls ballad -- will accomplish these goals with less pressure, stress, and obesity and, maybe most importantly, with some simple joy.